Oh wait, this is a litblog?

[EDITOR’S NOTE: Sara Gran has thankfully stepped into the comments to set the record straight on what she views as “honest” prose. I apparently misinterpeted what Sara was saying, but I leave this post up to reflect the assaults on “clever” literature from other parties cited here.]

I don’t often give out writing advice here, becasue I doubt anyone wants to hear it, but here’s some: choose honesty over cleverness and coolness. Cleverness and coolness are quicksand that will kill you and your writing. There is always someone more clever, someone more cool, but there is no one who can be honest exactly like you can becasue [sic] there is no one who’s seen exactly what you’ve seen.

While I’m sure there are many things Ms. Gran and I might agree upon (e.g., adverbs are, for the most part, useless in fiction), I would argue the opposite. Certainly human experience (or, more specifically, how a fiction writer perceives human experience) is unique on an individual-by-indivdual basis. At the same time, there are undeniable existential commonalities which sometimes demand distinct phrasing, if only to avoid a certain fictive boilerplate — what some of us out here in the skids call dull as fuck prose. 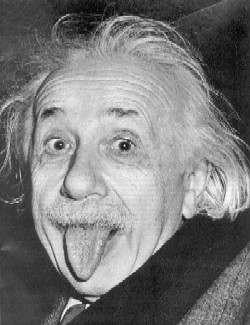 I presume Gran is championing the unadorned observational standpoint. But if Gran’s literary Calvinism here involves restricting how an author expresses one’s self, then this also means losing such giddy imagery as Raymond Chandler’s “tarantula on a slice of angel food cake” (perhaps just as inconspicuously), a phrase that is honest and, if you’re one of those people who bothers to assess “cleverness” in the same humorless way that tax agencies audit, I suppose, cool and clever.

But to follow up on my main objection (i.e., there are only so many ways to describe the quotidian), is this not where style comes into play? And is this not where writers such as Nicholson Baker, George Saunders, the late Gilbert Sorrentino, David Foster Wallace and William T. Vollmann come in? These writers often chronicle the minutiae around us and dare to commit expansive passages to the page, but are often taken to task by critics of the James Wood/B.R. Myers variety, as if they have flatulated during a formal seven-course dinner. The current hep thing to do is to badmouth writers who “go beyond the realist inheritance” (Wood) or who write “affected prose” (Myers).

But isn’t there room for both schools of thought? To echo Anne Burke, why must “struggles” be declared? Why must wars be waged by reactionary literary geeks? Why are the James Woods and the B.R. Myers so adamant about declaring a crisis? The way some of these folks talk, you’d think that Winston Churchill was trying to figure out the best response to the London Blitz. For those who love reactionary fiction, there is no need to worry. So long as dull, upper middle-class suburbanites pine for safe fiction to discuss at their book clubs, there will be dull novels involving dull people going through “crises” to accommodate them.

I obviously can’t speak for any of the writers I’ve named above, but to respond to Gran’s claim, I don’t think any of the so-called “clever writers” harbor any illusions that there isn’t someone who is “more clever” than them, and I also think “coolness” is a ridiculous qualifier to attach to fiction — if only because writing is largely instinctive and “coolness” is often detected only after a book has published, years after the book was written.

Suggesting that the stylistic choices boil down to “honest” and “clever” is as hopelessly closed-minded as limiting the sexual position spectrum to “missionary” and “doggy style.” There’s a good deal more for any not-so-vanilla literary person to explore. And there are grey areas.

Besides, “clever” style is, as I have suggested, capable of finesse. Take, for example, this section from Colson Whitehead’s John Henry Days:

The red light at the head of a buffet table singles one thing and one thing only: prime rib. J. has been waiting for this confirmation all day. In the airport he had glimpsed it in a vision and now it has come to pass. He sees himself cutting into the soft red meat, slicing first through the milky rind of fat, then gaining the meat and watching the blood extrude through dead pores at the loving, sedulous pressure of his cutting. J. sees the red light of the heating lamp at the far shore of the buffet table and immediately conjures mashed potatoes softening in essence of beef, the blood tinting the fluffy potato pink and refining it even purer, softer. This vision is the sublime distillation of all the buffets he’s known, the one and true spirit summoned by caterly prayer. He waits for them to wheel out dinner, he waits to be fulfilled.

The reason this passage works so well is precisely because Whitehead is doggedly eccentric in his phrasing. We have “the far shore of the buffet table,” which suggests a buffet table as a tropical isle. We have the ironic comfort of red: in the blood, the heating lamp, and the “fluffy potato pink.” We have the buffet identified as a religious experience. And while one may quibble over the slight awkwardness of “at the loving, sedulous pressure of his cutting” (which may, in fact, belabor the sentence just a tad), nevertheless, the imagery works. Because it presents us with new ways of seeing a buffet table.

By way of Whitehead’s “failure” to describe the buffet table in generalized terms, the entire passage may be, in Gran’s eyes, too “clever,” but the description here is guided by such inventiveness, by such a fervid determination to recontextualize J.’s hunger and freeloading into fresh terms, that the question of how “clever” it is is moot.

It’s very possible that I’m misinterpreting Gran’s post, but its orthodox posturing and its suggestion that writers must choose either honesty or cleverness as a mode without finding a way to amalgamate the two leads me to believe that I’m not.

Thanks to computers, professor Floyd Horowitz has uncovered 24 stories likely to have been authored by Henry James. Using common phrases, themes and pen names (the same methodology used to track down Joe Klein as the author of Primary Colors), Horowitz was able to track down tales published anonymously or under pen names during James’ lifetime.

Amy’s Robot offers The History of Thomas Pynchon on TV. Personally, my favorite Pynchon reference is in the movie Miracle Mile, where Denise Crosby is reading the Cliff’s Notes for Gravity’s Rainbow. (via Chica)

And Disney has lost a goldmine. The Ninth Circuit U.S. Court of Appeals has denied Disney’s appeal to grab the rights to Winnie the Pooh, said to be worth between $3 billion and $6 billion in annual revenue.