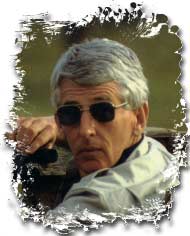 Giles News is reporting that Gregory McDonald, the tremendously talented author of the Fletch series has died. I am now making efforts to confirm this. If this is true, this is a tremendous loss to American letters.

[UPDATE: I have confirmed by phone with Charlie of the Giles County Ambulance Service that Gregory McDonald passed away on Sunday. As soon as I have a chance to collect my thoughts and feelings, I plan to offer a full-length tribute here. I’m still in shock.]

I first encountered the Fletch books in the library when I was twelve. The ratty paperbacks were bound in taut cellophane. I didn’t understand why they hadn’t been released in hardcover. But as it turned out, there were complex reasons. I had, of course, known about the Chevy Chase movie. But Chase’s wisecracks (as conveyed through Andrew Bergman’s screenplay) weren’t even close to McDonald’s great barbs. The first Fletch book was driven almost entirely by dialogue, keeping up a momentum that sucked me into the text. The story goes that mystery purists were upset that McDonald published the Fletch books as paperback originals. They were also angered that McDonald had used sex and wit to draw readers into his novels. But McDonald wanted ordinary people to read them. McDonald’s Fletch books, however, were far from ordinary.

Here’s the first page from Fletch:

“Irwin Fletcher, I have a proposition to make to you. I will give you a thousand dollars for just listening to it. If you decide to reject the proposition, you take the thousand dollars, go away, and never tell anyone we talked. Fair enough?”

“Fair enough. For a thousand bucks I can listen. What do you want me to do?”

The black shoes tainted with sand came across the oriental rug. The man took an envelope from an inside pocket of his suit jacket and dropped it into Fletch’s lap. Inside were ten one-hundred-dollar bills.

Now what sane person wouldn’t want to continue reading this story? This opening is as gripping as the first page of James M. Cain’s The Postman Always Rings Twice often taught in literature classes, but it likewise carries a concern for precision reminiscent of Tom Stoppard’s Rosencrantz & Guildenstern Are Dead. McDonald stubbornly resists description until the very end. He lets his characters convey the specifics through dialogue. We learn that Fletch is a casual sort who can’t abide fussy types using proper names. We learn immediately that he’s sharp, that he’s not going to permit himself to get caught up in illegal activity without considering all the details. We learn that the mysterious interlocutor is more concerned with specifics rather than logistics.

And then there’s that magnificent amateur quality juxtaposed against this questioner’s wealth. The sandy shoes indicate that this mysterious questioner probably isn’t what you might call experienced. But he does have a lot of money.

McDonald was able to set this very careful relationship, along with its many nuances, in a mere 138 words. And he was able to do this almost entirely through dialogue. He was an extraordinary writer. And what made him so extraordinary was his ability to merge this concern for detail with a tremendous ear for dialogue, down to the comma, producing books that could be enjoyed and appreciated by both popular and literary audiences. (A telling indicator of his mass appeal is that filmmaker Kevin Smith learned to write dialogue by reading the Fletch books. Smith snatched up all the movie rights to the Fletch series many years ago, but movies have yet to appear.)

But because McDonald insisted that ordinary readers were capable of basic intelligence, because he insisted that his books should be priced affordably, he was not taken as seriously as he deserved by the old guard. Fletch, nevertheless, would go on to win an Edgar Award for Best Novel. And the book’s sequel, Confess, Fletch, would win for Best Paperback Original.

By all accounts, McDonald was a private person. But Vintage Crime reissued all of the Fletch books a few years ago. And the work will live on.

MCDONALD: There is a very exciting thing going on in this country. And that is that there have begun to be small publishers in places like Boston, Atlanta, San Francisco, Los Angeles, wherever. And they are not doing what the big commercial houses are doing, of trying to publish the imitation of last year’s imitation of last year’s imitation. And I’m sorry that I can’t cite you chapter and verse. But I am finding that these small publishing houses are creating or letting be published for the first time in a long time in American history and American literature, and they are publishing very exciting stuff, very real stuff, very original stuff, and taking the risks that the big commercial houses wouldn’t do. And they are nurturing the work, and they are nurturing the writers in a way that the big commercial houses don’t do. And I don’t mind at all throwing my lot in with them.

[UPDATE: Mere hours after this post went up, The Rap Sheet’s Cameron Hughes offered his “tribute,” seeing fit to use the same excerpt, similar phrasings, and similar examples from this post. Gee, thanks a lot, assholes.]