During the black months after my brother John died I desperately wanted to get closer to him. Not yet ready to revisit his writing, I did the next best thing and reread books he had given me: Frederick Exley’s “A Fan’s Notes,” Richard Ford’s “The Sportswriter.” I reread “American Psycho.”

So I listened to Bob Dylan again and again as John once advised me to do. I flailed, searching for an answer or a clue or something.

Eventually I exhausted words and music and still felt empty. I picked up his novel “Leaving Las Vegas” and tried to reread it, but literally could not. It was like trying eat in the days immediately after John died when the world was surreal and impossible. I’d look at the food on the end of the fork, but couldn’t put it in my mouth, couldn’t chew it, couldn’t process it. It was the same with “Leaving Las Vegas.” I couldn’t absorb or process the words. Bewildered, I snapped the book shut. Then I turned it over and regarded the blurbs on the back cover: authors saying nice things about the book. Now here was something new–a handful of authors who admired John.

There are tiny gifts in profound grief. They are hard to find. You must look carefully. You must recognize them and pick them out of the black soot that surrounds you. Discovering Larry Brown’s name on the dust jacket of “Leaving Las Vegas” was one of those gifts.

I was immediately taken with him. In the short story “Julie: A memory,” a violent rape is contrasted against the frantic passion of youth. In “Boy and Dog” a child’s gentle tears over his dead dog are shed moments before a terrible car fire takes a man’s life. In “Dirty Work” a woman is scarred and burned, but still capable of loving and being loved. That is what finally touched me in those dark days: the way Brown managed to find tenderness and humor and humanity in the bleakest landscapes.

I already had begun my own writing and was flattened with awe. I devoured all of Brown’s work. The more I read, the more it fueled my curiosity about him and his relationship with John. Two and a half years after my brother punctuated his life with a single bullet, I wrote Larry Brown a letter.

A month later, I pulled a standard white envelope from the mailbox.

“I did know John, and he did know my work,” Brown wrote. “Just keep faith in yourself and keep on writing. That’s what John had to do, too.”

Thus began a six-year correspondence. I was the neophyte; Brown was my mentor. When the harsh reality of writing would crush me, I’d write him.

“Much as I’ve written, I’m still scared of it in some way until I sit down and start doing it again and then all the fear goes out the window and I feel safe,” he wrote once.

In all, Brown wrote me five letters, and I wrote him 10. Our unique relationship included one face-to-face meeting. In September 2003, driven by an undeniable urgency, I took a frenetic 700-mile road trip to hear him read at a bookstore in Louisville, KY.

He looked tired. There were about 20 people there, a surprisingly staid group. He did his reading and answered mundane questions. “Yes,” he assured one woman, “I write every day.”

People lined up to have their books signed. After everyone cleared out, I approached him. “It’s Erin,” I said. “I’m Erin.”

He inflated with recognition. “Oh, Erin,” he said, “after all these years.” A genuine smile spread over his face as he stood to embrace me.

The letter I wrote him after that trip was funny and sad and honest. “I am the only O’Brien left,” I wrote. “I cling tenaciously to the fine threads that connect me to the ones to whom I’ve said goodbye. I think of you that way, a subtle and significant tether between John and me. That I can read your words and write you letters and drive to Louisville to verify that, yes, you are alive and real and breathing are not things I take for granted.”

Brown died about a year later.

Upon hearing the news, I gathered all our letters and reread them chronologically. I expected to get teary reading Brown’s installments but instead found myself crying over my own. There I was, vulnerable and immature and getting thrashed around by life. And there was Brown, taking on the role of older brother with sensitivity and indulgence.

“I went through the same thing, felt the same things, and I do know how tough it is,” Brown wrote in April 2002. “I’ll bet John’s advice to you would have been along the lines of just telling you that if you wanted it bad enough, to just keep at it. I know that don’t sound like much, but that pretty much sums it up.”

There was the letter I wrote Brown after Dad died. “I know you don’t deserve to get some miserable piece of shit letter like this, but it’s just that you wrote that story (“Julie: A Memory”), and it made me feel a certain way today. Amid the rejection and death and shit, there was still that marvelous story that marvelous, wonderful story”

Brown replied. “I’m sure sorry to hear about your father. I lost mine quick like that, overnight actually. I know how hard that is. I was sixteen then … Okay, well take it easy and hang in there. I write all the time and once in a while I finish something.”

The men to whom I desperately wanted to prove myself died before I had the chance.

Uncomfortable with absolutes such as heaven, hell and the insidious purgatory, I instead have constructed an egocentric Dead Guy Theater, wherein my life is the constant feature presentation. John and Dad sit there along with all of my grandparents and a cousin who died at 33, as well as the occasional guest such as Larry Brown.

My dead guys watch me with rapt attention and grandly nod their heads in approval of my every move. They were there on the day I pulled the first copy of my novel from the box and held it in my hand. They saw the glow rise in my face the day a newspaper editor bought me a beer and asked if I’d be interested in writing a regular print column.

“Julie: A Memory” and “Boy and Dog” are part of Brown’s first short story collection, “Facing the Music.” 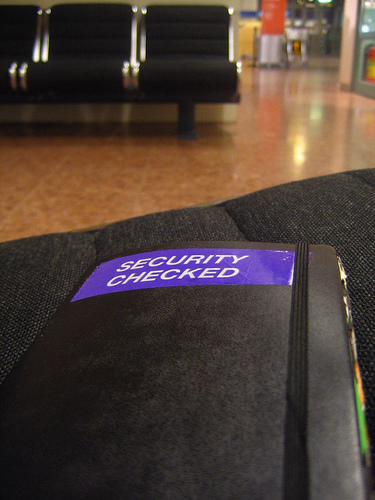