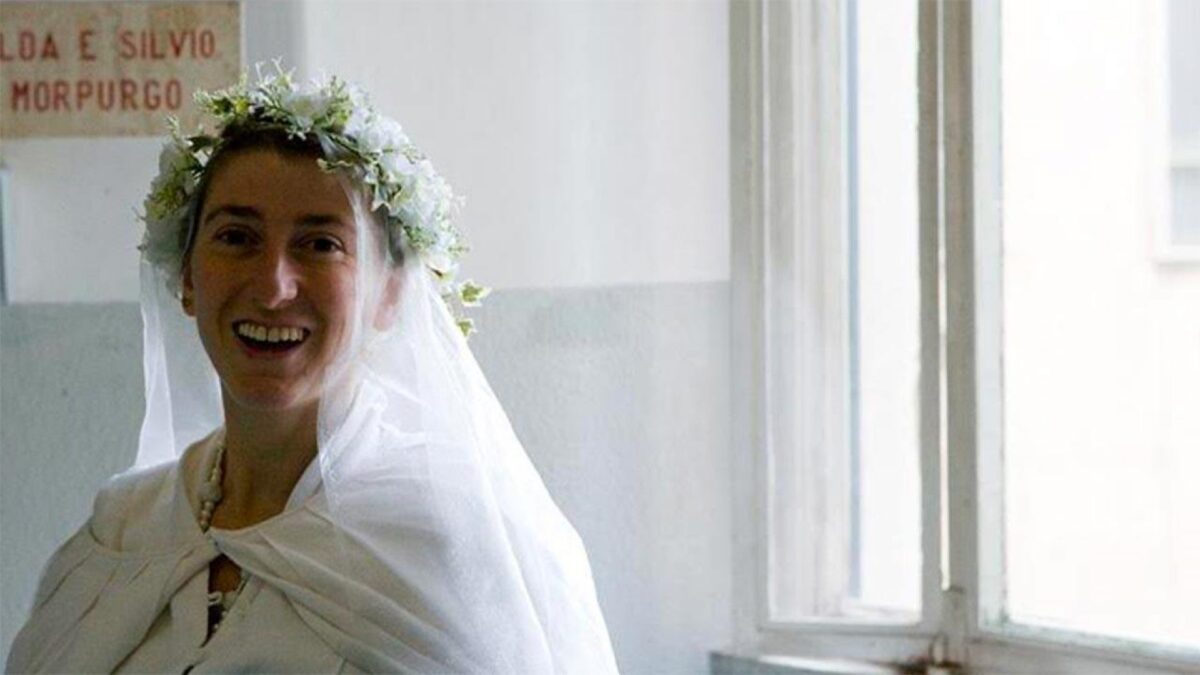 Nathalie Léger has a new book that examines the tragedy of performance artist.Pippa Bacca. But my reading experience caused me to reflect upon my own ideas of grand goodness.

“Enjoy your life before fifty,” says the fifty-year-old woman over the phone. “While it lasts.”

It was a strangely mordant statement from someone who I had matched with on Tinder and who professed to be looking for a relationship. I asked her why she couldn’t have a life after fifty. She seemed convinced that her life was over. She didn’t have an answer. I got the sense that she gave up on life ten years before. She was cynical and condescending. She spoke in a bitter and joyless voice. She told me that she resented my energy, the fact that I tend to talk and act like someone having a fun time. That there is something performative about my nature. Maybe she’s right. But I was born with the peppy voice that I have and I can’t be anything other than who I am.

I didn’t like her, especially after she told me of her elitist aspirations to live in a Long Island manse and have people attend upon her. While she does what exactly? Recline on a chaise longue and eat bon-bons?

Still, I carry on talking with her under the wrongheaded theory that she might offer a few redeeming morsels. And let’s face it. I’m as alone as everybody else. We talk about food. I mention all the food I made during Thanksgiving, the care packages I delivered to a few friends who were holed up alone. I talk about how making things tends to calm me and bring me peace. She says she has no interest in learning how to cook. She has no interest in anything really, other than to complain and kvetch and demand. I give her an hour of my time and permanently close off communications with her by text the next morning.

I have less than five years left before I hit fifty. I don’t want to be embittered when I hit that landmark. I still want to walk this earth with joy and promise and hope in my heart and bones. I still contain great vivacity and am still often confused for a younger man. My eyes still flicker with mischief and burn with possibility. I don’t demand anything of the world other than the privilege of living and being and listening and connecting. And, of course, making things.

I read Nathalie Léger’s The White Dress in one sitting, just before the sun brightened the dark December sky, an onyx decidedly crisper than the gentler shades of summer. I bought the book months ago from one of my favorite independent presses: Dorothy, a Publishing Project. Every year, they put out two groundbreaking titles by women. I have to confess that this new volume – one of two by Léger — was not nearly as good as Suite for Barbara Loden, which greatly moved me. I have not yet read Exposition, which sits in my bookpile for another pre-dawn meditation. Despite my slight disappointment, The White Dress does have me considering the ways in which women present themselves as artistic offerings and how audiences take advantage of this trust, resorting to repugnant and harmful behavior. The book examines this long problem by focusing mostly on Pippa Bacca, a young woman who participated in a project called “Brides on Tour,” a stunt somewhere between art and humanitarianism. The idea was to wear nothing but a white wedding dress, hitchhike like this anywhere, and to provide a message of peace and trust. But Bacca was too trusting of people. Bacca’s dead and naked body, decomposed for weeks, was discovered in the wilderness. She had been strangled. The man who led the police to Bacca’s corpse confessed that he had murdered her. Depending upon the account you read, it is believed that multiple men raped her.

It is a horrible story because Bacca wanted to believe in people. And she was raped and killed for this.

It is a horrible story because Bacca was someone who was a gushing optimist. And we need more of that these days. But her faith in humankind was betrayed. Not only did the vile man rape and murder her, but he also wiped her phone of her information, further eroding her identity and her legacy.

Pippa Bacca was only 33. What kind of woman would she have become if she lived beyond fifty? Would she have eventually reached a place of cynicism, leaving her faith behind? Would some other terrible incident have happened to her along the way? Women endure so much and say nothing.

Was I too dismissive of the fifty-year-old woman? It seems pretty clear in hindsight that I should not have talked with her longer than ten minutes, that we were fated not to get each other because I need hopeful people in my life, and that I am performing something of an injustice by even dragging her into these ruminations and exercising my privilege to write about her. Undoubtedly, she has her story about me. Perhaps I was a jackass on the phone. But I gave her an hour, as I do with anyone. Life is a pretty bland and unfruitful affair if you only talk with people who mimic your thoughts and sentiments. Groupthink is a ritual for the permanently incurious.

The fifty-year-old woman I talked to had every right to feel miserable and to take umbrage with my exuberance. Many people do. You can’t please everyone. Take my own participation out of the picture and you could chalk up the fifty-year-old woman’s pugnacity to a gesture that was as large as Pippa Bacca’s. Maybe her cynicism is just as worthy of reverence as Pippa Bacca’s faith in others, which is admittedly more palatable and thus more tragic. If Pippa Bacca had not been an artist with a hopeful humanist ethos, would she get a book? A documentary? Countless news stories? If Bacca had been more acerbic, there is no doubt in my mind that a number of writers upholding the patriarchy would blame her temperament and partially exonerate the nasty man who committed the evil act. Or maybe these armchair amateur shrinks would diagnose Bacca with mental illness or offer any number of speculative theories to “explain” what happened.

I’ll give Nathalie Léger the last word, just so she’ll know that at least one reader is paying attention and seriously considering what she’s writing about:

[G]oodness is a word that sticks, all right, it’s a word you want to throttle, and yet, I ask, with even more passion because no one is actually paying attention, who would claim that this word has no meaning, who would dare say that it’s shameful or even a dangerous word? Who wouldn’t suspect that behind the absurd insistence of her act, she had actually wanted, graciously, to hide within the folds of her dress the goodness that tacitly shaped her uncertain heart? This foolishness, this over the top, sentimental gesture – misplaced, according to quite a lot of people – was without a doubt a grand gesture, and a grand gesture is not a coalition of intentions cleverly conceived to serve our shamelessness, a grand gesture, I mumbled, a grand gesture might also be a failed gesture, history easily demonstrates this, at least in that it only records the successful gestures, fixing them in capital letters when one might rather investigate the possibility that the meaning of things and of lives – can only be written in lower case and must perhaps even be scratched out. Who would dare to claim that an individual failure cancels out the overall idea? Is it the case, though this is just an example, is it the case that the very idea of writing is rendered ridiculous because someone whom one thought was a writer failed to erect a small monument in words to Pippa Bacca?