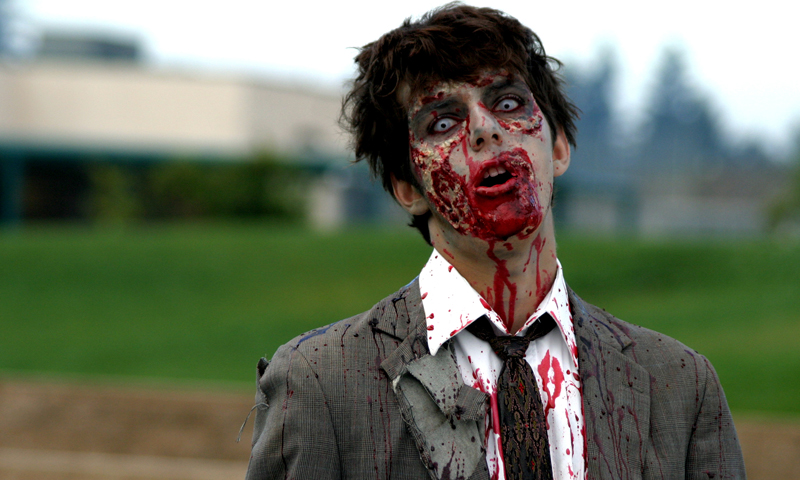 Both of my parents did not exist. My mini-rebellion was to exist. There was no sperm, no egg. To this day, I survive by visiting Loaves & Fishes, where they throw me scraps. And yet here I am. I won’t go away. Even after you secured the temporary restraining order.

I defied all human biology, but remain strident and humorless. I am neither dead nor alive. The fact that I exist, that I occupy such a prodigious portion of the collective human mind and that the entire world revolves around me, permits me the authority to spout forth ridiculous bullshit. And by the time you reach the end of this very important essay’s third paragraph, which I will repeat for emphasis, you will believe everything that I say. If you do not, you are inferior. You are dead. You are a scrap to be thrown into my mighty maw.

My lofty intentions were misunderstood by Stephen Colbert. When I attempted to partake of a certain biological practice that occurs in bedrooms and motel rooms, I could not find a willing partner. There was only a series of shrill essays. For every essay, I slapped on the subtitle “A Manifesto” so that you would detect its importance. To this day, I have my defenders. But they are all dead. Just as the people I see on the plane are dead. We get to pretend that people are alive. But I know that they are not.

Twenty years ago I applied for a job at the University of Washington creative writing program and I was escorted out of the office by security. However, by the mid-1990s, I made several additional attempts at gainful employment. I would not leave the office. I felt after a while that they should pay me money to write a book that was not a book, to promulgate literature that was not literature. Some of the faculty members at the University of Washington believed I was employed. But most of them felt sorry for me. I responded that I was dead and I asked them to pay me money. They told me to write a book. And I did so to justify my existence. Now everybody laughs at me. Even after I gave them what they wanted.

Every year, my book became less unwieldy. I became convinced that it was the greatest book that had ever been published in the history of humankind. I was not wrong. Because the novel was dead. I saw how I could take statements from others and make them my own. None of the material was mine. It was dead. Deader than a dead Eskimo. Deader even than Michael Jackson, a recording artist who is dead and whom I am not fond of. I am not fond of many things. Please be miserable with me. But in being dead, the book became alive. And my book incited controversy.

And here was the big break: I realized how perfectly the words embodied my argument. It was the best argument that humankind had to offer. I wanted the reader to understand that they should burn all of their books, because the novel was dead, and read my book over and over and over. I wanted them to buy my book again after they had burned their original copy. I took it upon myself to appear on every talk show. Because I liked talking about myself, even though the novel was dead. Even though I remained dead.

Long live nothing, built from nothing.