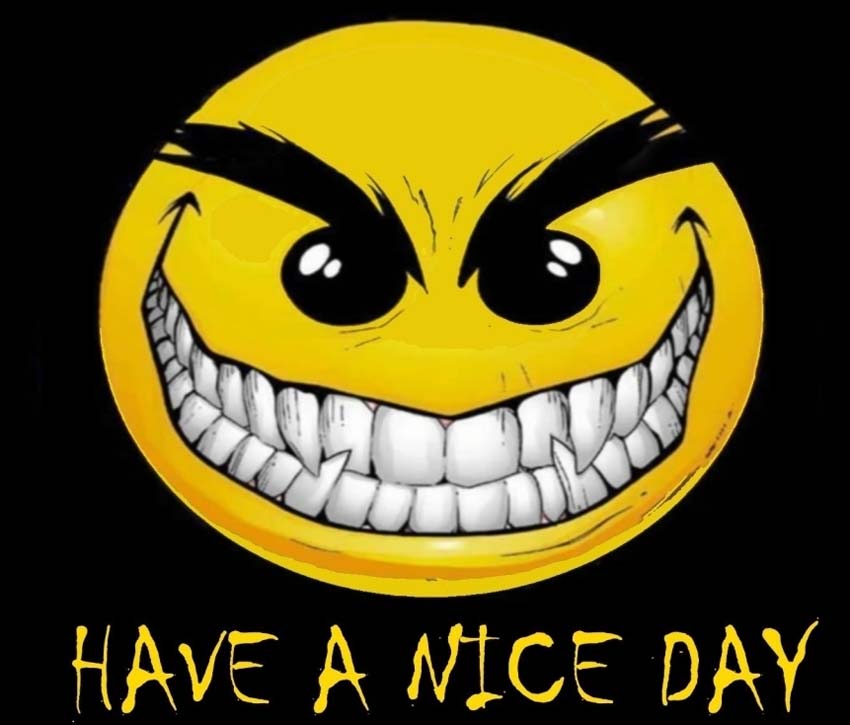 In the last week, there’s been a lot of talk about being nice in the literary world. This essay outlines the misleading qualities of the word and articulates why honesty, tolerance of other viewpoints, and an open mind are the real qualities to advocate.

In all the hot and bothered blather over niceness as an epidemic on par with the bubonic plague, Internet bitchery as a sin which may or may not be equivalent to molesting a small child, and the midlist demolition job compared to a lonely book reviewer belting Eric Carmen’s Rachmaninoff knockoff into the mirror, nobody has paused to consider how tenuous the word “nice” is in the first place.

Believe it or not, there was a time when being called “a nice person” was an insult. “Nice” was originally Old French for “silly” or “foolish.” Here’s Chaucer using “nice” in Troilus and Criseyde:

Quod Pandarus, “Thou hast a full great care
Lest that the churl may fall out of the moon
Why, Lord! I hate of thee the nice fare;

So if you were the type who was overly cautious and taken with needless particularities, you were often condemned for being “nice.” The word originated from the Latin nescius for “ignorant.” By the late 14th century, nice people were fussy or fastidious types: snobs who deliberated over a restaurant menu for twenty minutes. By the turn of the century, a nice person was someone with delicate sensibilities. In the 16th century, a nice person was someone who was very careful or precise. The proverb “more nice than wise” preserves some of these original meanings.

Then in 1769, “nice” altered into something that was agreeable or delightful. In 1830, “nice” involved being kind and thoughtful. And this etymological shift rightly pissed off Fowler, who had this to say in A Dictionary of Modern Usage:

N. has been spoilt, like CLEVER, by its bonnes femmes; it has been too great a favorite with the ladies, who have charmed out of it all of its individuality & converted it into a mere diffuser of vague & mild agreeableness. Everyone who uses it in its more proper senses, which fill most of the space given to it in any dictionary, & avoids the modern one that tends to oust them all, does a real if small service to the language.

In other words, contrary to Michelle Dean’s critical conspiracy theories, “nice,” in the manner that we use it today, originated from the ladies.

“Nice” is a problematic, amorphous, and impermanent word. It could mean something altogether different in a decade. And it certainly doesn’t mean anything now. Rosie O’Donnell was once called “The Queen of Nice” before developing a decidedly belligerent reputation for speaking her mind. In 1962, Lowell Lee Andrews, “the nicest boy in Wolcott,” killed his family. (And why is it that “nice,” more than “kind” or “respectful,” is the default modifier when the next door neighbor is revealed to be a serial killer?)

“God damn it, you’ve got to be nice” sounds porous and gutless next to Kurt Vonnegut’s “God damn it, you’ve got to be kind.” And it reveals the inherent deceit of nice. If you’re “being nice” to someone, you’re not being honest. You’re humoring a person you don’t want to be with and I don’t think I can trust you. Especially when you’re flattering a person one minute and talking shit about that same person when they leave the room. But if you’re “being kind” to someone, you are legitimately trying to understand where another person is coming from and you are willing to change your mind. You are also willing to persuade the person who is so determined to hate.

I’m not interested in being nice. I’m interested in being kind. I’m interested in having conversations with people who have the confidence to walk down a two-way street built on respect. I’m interested in Emma Straub not because she is nice (although she once patiently listened to one of my five minute soliloquies on the BEA floor), but because she is kind and respectful. She can be trusted because she isn’t as resolutely sanguine as Jacob Silverman has suggested. This is someone who openly condemned Christmas in The New York Times. I didn’t care for Emma Straub’s short story collection and I suppose I’m guilty of “being nice” for not saying anything about it. But I truly had better things to get worked up about. I also disagree with much of Straub’s response to Jacob Silverman’s essay. But I’m pretty sure I could have an adult conversation with her, where we could agree on some points and disagree on others.

I don’t care for the majority of what Lev Grossman writes, but he has been respectful enough to respond to my criticisms in public and in private. Even Sam Tanenhaus had the stones to approach Levi Asher and me on a cold wintry night and enter into a heated but civil face-to-face exchange about The New York Times Book Review. A few years ago, John Freeman and I realized that we were not mortal enemies on the National Book Awards dance floor when I brazenly walked up to him and asked how he was doing. None of this was a matter of “being nice.” It was about being human. It was about keeping an open mind and remaining curious. Is it possible that I will get worked up enough over something that these three people write in the future? Yeah. Probably. I’m hardly a saint and I’m known to speak my mind, but I don’t hate any of these guys. It’s the work that I have had problems with.

@evanhughes immature writers get very bent out of shape in response to strong criticism. Mature ones welcome it with open arms.

I wish I could say munificent things about people like literary blogger Mark Athitakis, who called the cops on me rather than settling our differences over a phone call, or Los Angeles Times writer Carolyn Kellogg, who sent me a remarkably patronizing email when I pointed to flaws in her journalism and has given me the cold shoulder since (I have since learned that this remarkably oversensitive person has behaved with such petty childishness with a number of other people). But I can’t, although if either Athitakis or Kellogg were to write an essay that deeply moved me or were to break a significant news story, I would be the first to sing their hosannas. The idea of not linking or acknowledging good work because you detest the person is antithetical to first-rate intelligence. As the wise Maria Bustillos points out, it’s the immature writer who declares his critic his nemesis for life, but the mature writer who wants to understand why someone would feel that way. Athitakis and Kellogg prefer condemnation rather than consideration. I think it’s a dishonest and craven approach. But you know what? I don’t hate these two either.

People like Athitakis and Kellogg act this way, even engaging in the puerile “you don’t exist in my universe” game, because they want people to “be nice” to them. They seem to believe that any person being “mean” is incapable of being kind. They wish to live in a universe that involves other people proffering lips, prostrating themselves, and smooching posteriors. I think we can all accept that, in an age of Goodreads and Amazon reviews, this is an unreasonable and uninteresting way to live. It is also incompatible with the critic’s present value in American culture, which is far removed from the days of Edmund Wilson, Alfred Kazin, or Mary McCarthy.

Enthusiasm isn’t the problem. I don’t think any one type of writing should be prohibited (although strenuously argued oppositions are always interesting). On the other hand, the mainstream critical landscape has become so polluted with sterile viewpoints because people are so touchy about offending other people. And this means that honest enthusiasm, predicated upon a clear set of virtues and standards even when responding to bad books, is now considered suspect. On the other hand, Jacob Silverman’s hope for “a better literary culture…that’s not so dependent on personal esteem and mutual reinforcement” is remarkably conservative. Why can’t we live in a world that offers respect to Emma Straub’s flowery crowns and a James Wood hit piece? If we weren’t so busy being nice or being liked, we wouldn’t need to worry so much about honest criticism.