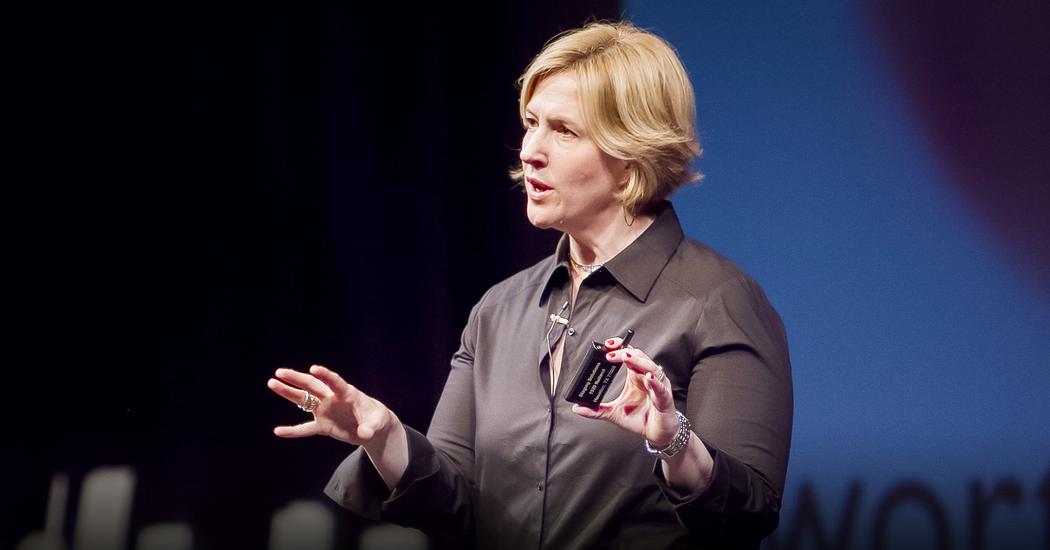 Brené Brown is an opportunistic “thought leader” whose “I was against it after I was for it” stance against Joe Rogan reveals her true moral duplicity.

I’ve long suspected Brené Brown of being a disingenuous corporate sellout. Over the past twelve years, she has shrewdly branded and marketed herself as a “thought leader” (that upmarket term we now use to describe superficial thinkers serving up syncretic self-help malarkey), dispensing her platitudes to fawning and uncritical crowds while amassing vast wealth. She spoke of “shame” and “vulnerability” much in the way that sociopathic C-level executives speak of “team building” and “synergy.” In short, Brown was, and remains, a first-rate huckster. An impressive grifter preying upon the national hunger for emotional intimacy.

But now we have something of a smoking gun clearly outlining why Brown cannot be trusted.

You may recall Brown’s January 29, 2022 decision to pause her podcasts on Spotify. This was, of course, over the Joe Rogan imbroglio, a soap opera that seems peculiarly apposite for 2022’s promisingly bleak trajectory. Brown took a firm stance against Rogan’s pandemic disinformation and anti-trans rhetoric. A laudable step forward in solidarity with Neil Young and company from someone who was putatively in a position to make waves.

Except that she didn’t. And Brown’s history with Spotify further delineates that she’s not much more than a craven team-playing bobblehead.

Here we are — not more than two weeks later. Brown has now backpedaled big time with a “Podcast Update” revealing just how stupid and gullible she perceives her audience to be and how self-serving her intentions truly are.

Let’s not mince words here. In May 2020 — months into the pandemic and when it was abundantly clear that Rogan was a disinformation king who played dumb about his complicity every time he was called out — Rogan signed an exclusive $100 million deal with Spotify. In September 2020, Brown — who was surely somewhat cognizant about the Faustian bargain she was agreeing to — signed an exclusive deal with Spotify. She said nothing then about Joe Rogan, presumably because the money was too good for her to object to a know-nothing meatball poisoning the minds of 17 million listeners.

Now, a year and a half later, Brown is attempting to rewrite the narrative to serve her own ends. She claims in her blog post, “I first shared concerns with the leadership about Rogan’s content in 2020.” She now speaks out against Rogan’s anti-trans remarks and his misogynistic chortling with Joey Diaz — as if these were completely unknown factors in September 2020. Far from it. In June 2020, The Independent ran an article about the Diaz incident. As did The Sun. And it was widely criticized on social media. Earlier in the year, Bernie Sanders faced criticism for appearing on Joe Rogan’s show specifically because of Rogan’s transphobic remarks. In fact, during the month in which Brown signed the deal, Caitlyn Jenner called Joe Rogan a “transphobic ass.” Additionally that month, Spotify employees duked it out with top brass over Rogan’s transphobia.

In other words, even if you were remotely familiar with podcasting in September 2020 (when Brown signed her deal), it was fundamentally impossible to not know who Rogan was and what he represented. She claims now that she “didn’t have the option of pulling my work from the platform.” But if she truly cared about trans rights and disinformation and possessed genuine moral scruples, she would never have signed onto Spotify in the first place. Did she stand in solidarity with the brave Spotify employees who demanded editorial oversight? There is zero evidence of this. (A Twitter search turns up nothing.) Brown jumped onto a fashionable cause, received some attention for it, and is now recanting her stance — probably because she’s received a few calls from her corporate overlords.

Brown’s stance is really no different from Senator Susan Collins, a loathsome and unprincipled turncoat who has been ridiculed for years (e.g., The New Yorker‘s Andy Borowitz) for expressing similar “concerns” shortly before voting to confirm Brett Kavanaugh as Supreme Court Justice or to block voting rights. That Brown uses the word “concerns” shows that she is either willfully clueless or, more likely, taking a page from the Collins playbook to save her Janus face. Because in late-stage capitalism, if you can spin the story to serve your own ends and tell a lie big enough for the rubes to nod back in admiration, you’ll be a resounding success! Call it Neoliberalism, American Style! And find someone on the level of the Ron Hicklin Singers to belt out this anthem to promote shameless and solipsistic corporate fealty!

Here’s a TikTok version of this article: