It is true that many good citizens are concerned with weight. Few fellows ruminate upon pounds gained deliberately, for this is the territory of compulsive overeaters, Method actors angling for an Oscar, and those hoping to teach Manuel Uribe Garza a lesson. 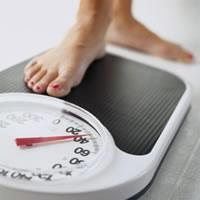 But it is a point of fact that pounds are gained and, therefore, must be lost: sometimes due to peer pressure, sometimes due to careful study of celebrity photos and associated guilt, sometimes for no reason at all other than unimaginative (or perhaps creatively blocked) people who hope to enforce an all-too-easy New Year’s resolution. Even before that fateful turn of the year, when resolutions are hastily decided upon after too much drink, weight must be lost, even when one is then in the process of gaining it. (If one has imbibed three vodka martinis over the course of the evening, this works out to approximately 600 calories, enough to inspire a severe headache and a brisk morning run.)

But if one loses weight, where does it go? Is it not possible that the weight is actually misplaced instead of lost? Is it not also possible that a sentient mammal simply cannot lose weight if he is feeding himself three square meals a day, taking in the nutrients, and allowing the waste to expunge unceremoniously through his anus?[1]

We have established that human weight is by no means as constant as we believe it to be. Thus, “losing” the weight, which suggests a type of loss similar to “losing” one’s keys[2], is a misnomer. Humans will always lose weight, whether they are in the process of gaining it or losing it. Human chemistry might be compared to a kind of two-lane highway, where the “weight loser” is hoping like hell that there isn’t traffic coming the other way. To take this metaphor further, presumably when one burns calories the slowest, one can be said to be stuck in the chemical equivalent of rush hour traffic. Which I suppose is a bit of a bummer, unless of course you’re currently fasting, thus securing that traffic does not pass you on your left side.

The problem then isn’t just the terminology we use, but precisely how we gauge this constantly shifting value of weight. Humans, you see, burn a number calories every hour, thus shedding a small but vaguely discernible amount of mass (with the rate of shedding depending upon the activity). Are we to consider those 100 calories we lose each hour sitting at a desk trivial? Absolutely not! I’m certain that I am not alone in applauding this pedantic achievement in nutritional chemistry. Even when a human is lazy, his natural chemistry is actively trying to burn calories. They may not be enough calories, but at least it’s something.

The United States of America has settled upon the pound as its unit of measure for human weight. This noun stands rather puckishly against the metric system. This unit of measure, a revolutionary as Ameican as guns and apple pie, is equivalent to 16 ounces or about 453.59 grams. (I hope that we can agree that a hundredth gram is suitably miniscule when discussing the elastic nature of human weight as a whole, but I take no umbrage if readers desire to rip me a new one. One can never measure things too small.)

But is the pound a close enough measure? If I tell you that I am just over 200 pounds (which I am), is it noble of me to sit at a desk for an hour? Is this sufficient enough for me or you? Or must I burn calories whenever I can because you view my just-over-200 pounds weight as an ignoble and paunchy hindrance? Who sets the standards here exactly? Do I not have the right to live comfortably at this weight? I’m not hurting you, nor am I cooking a starving child over a spigot for dinner. 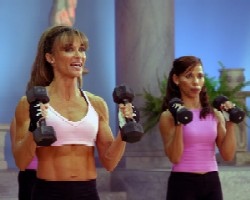 Enter the gymnasium, with its resident “nutritional experts” and “personal trainers” employed, often at stupendous cost, by the management, who are in turn paid quite handsomely by those who frequent these grand halls of machines, body odor, sweat and (sometimes) tears. If it can be truly believed, one actually pays for the privilege of having someone tell you how fast you should be traveling down the calorie highway. And while this results in our default weight value being reset, one might view this human weight development as a bit of a cheat.

If our bodies were set a specific weight when we came out into the world, is it not the world’s duty to ensure that one person’s weight remains at a more or less constant (but by no means inconstant) level? I’m wondering then if we have so corrupted the world with fast food restaurants, ice cream sundaes and (perhaps) those New Year’s vodka martinis that the great promise of early humans foraging in the wilderness, eating just enough food to get by, has gone unfulfilled.

Thus, I must raise my martini glass to our savage forefathers. They may have been primitive hunters and berry gatherers, but at least they kept their weight relatively constant. Of course, this came at the expense of life expectancy and a full set of teeth. And they certainly didn’t have two-lane highways. So I must ponder upon why this virtue of constant weight must be labored at in our age, perhaps more than any other.

[1] And why is there no ceremony in a bowel movement? Seeing as how a human is prone to visit many restrooms over the course of his existence, why do we associate this with filth? It is true that fecal matter is neither pleasant in color, odor, or taste (although I have no personal experience on the latter qualifier). But if some humans can become accustomed to cleaning septic tanks and if humans regularly defecate, is this not, outside of diarrhea and constipation, a magical experience?

[2] It is a telling sign that some people, searching for a more civilized verb, often substitute “misplaced” for “lost,” in relation to personal possessions that they cannot find. Perhaps there is a sense of shame to “lost” things, particularly when one locates the seemingly “lost” item (e.g., keys) after tearing apart what was once an orderly room and beating themselves up over how foolish it was to declare the item lost in the first place. If only they had looked in that one spot! Insert your elegy of choice.