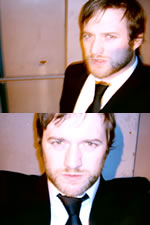 Over at Fishbowl NY, Dylan Stableford remarks upon Jessica Cutler’s last-minute cancellation for a Mediabistro panel. Where most professionals would let such a cancellation go without comment, Stableford, who couldn’t possibly be thinking about Mediabistro’s interests at all, writes, “we’re shocked…that someone known for exchanging sex for money would behave this way.”

Bad enough that such a pissy post would be considered pertinent, but the attempt to taint Cutler here as a virago, when Cutler herself offered a reasonable (albeit last-minute) answer, is sleazier than a weekend NAMBLA gathering. And apparently, I’m not alone: the panel’s moderator, Rachel Kramer Bussel, also has some thoughts, pointing to the lawsuit’s possible ramifications and the need for care.

In a later post, Stableford attempts to soften Bussel’s charges, without, of course, pointing to the obvious fact that Fishbowl is owned and operated by Mediabistro.