I’ll take a page from the Black Market Kidneys playbook and unapologetically pilfer the Gray Lady’s idea. Here are five comedies I would take to a desert island: 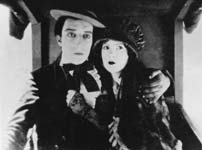 1. Our Hospitality: I’ve had countless arguments with film geeks over whether this great Buster Keaton film can be constituted as a classic. And it really boils down to this: your heart either pumps along to the four ventricles behind this film or it doesn’t. Sherlock, Jr. is certainly Keaton’s technical masterpiece. The General is the Keaton’s photographic masterpiece. But, if I had to pick among the three great Keaton films, it would be this one. If only for the great sequence in which Keaton is trying to keep inside the house to avoid being shot and the dog that follows Keaton across the country.

2. After Hours: This is Scorsese’s comedy masterpiece, a woefully misunderstood film that is nothing less than a Candide-like dissection of America, where connecting with others is hindered by people who are ensnared by their own cultural fixations and violence is sometimes the only way out. Is Griffin Dunne really the normal one? Or does his yuppie contentment trigger the madness around him? I’ve never tired of this film, which can be viewed as a deranged laugh riot or a scathing allegory. 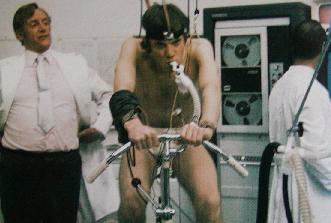 3. O Lucky Man! And while we’re on the subject of Candide, I’d be remiss if I didn’t dig up Lindsay Anderson’s great three-hour epic. I’m not certain if O Lucky Man! qualifies completely as a comedy, but it certainly has many funny and fucked up moments. I’ve yet to meet a single American who has loved this film as much as I have, but I’d certainly count this in the top five.

4. The Rules of the Game: Of course, if you’re on a desert island and you’re on a fish and pineapple diet, Renoir’s indictment of the upper class, showing the utter folly of hubris and manners, is mandatory repeat viewing. That way, in the event that you do get rescued, you can remind yourself how not to be self-indulgent.

5. Monkey Business (1931): This is certainly a funny film featuring the criminally underrated Zeppo Marx. But the reason it’s on this list is for educational purposes. There are valuable lessons here on how to sneak aboard an ocean liner. And such a skill set might come in handy, should you manage to escape the island. (I should note that if there was a sixth choice, the fantastic 1952 film Monkey Business directed by Howard Hawks, entirely unrelated, would most certainly be on here.)