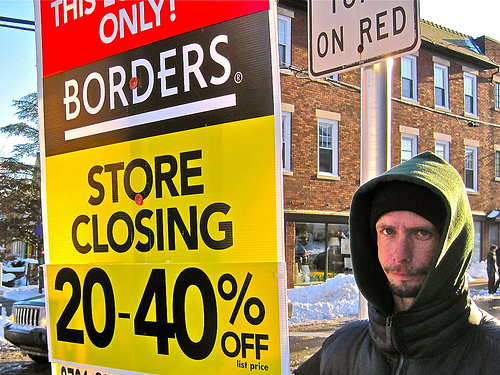 A response to the Borders bankruptcy, with a lengthy list of independent bookstore alternatives for the 200 closed Borders locations.

In the 1970s I published stories and poems in over 120 litmags–back then the now-quaint term “little magazine” was used somewhat more than “literary magazine.” At least 110 of those publications no longer exist, including Tom Whalen’s Lowlands Review, Dennis Cooper’s Little Caesar, Peter Cherches’ Zone and Miriam Sagan’s Aspect. Nearly all of those still […]