In the 1970s I published stories and poems in over 120 litmags–back then the now-quaint term “little magazine” was used somewhat more than “literary magazine.” At least 110 of those publications no longer exist, including Tom Whalen’s Lowlands Review, Dennis Cooper’s Little Caesar, Peter Cherches’ Zone and Miriam Sagan’s Aspect.

Nearly all of those still publishing are at universities: Shenandoah at Washington & Lee, Epoch at Cornell, Bellingham Review at Western Washington, Cimarron Review at Oklahoma State, Oyez Review at Roosevelt. 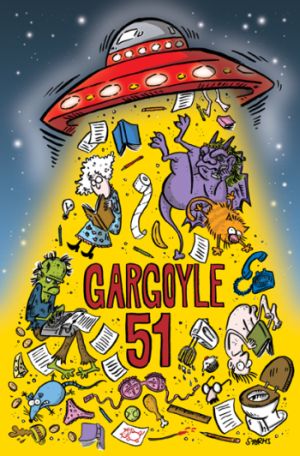 Gargoyle was founded in 1976 by Rick and two others, but a year later he was the only member of the original triumvirate left. He ran the mag until 1990 with several different co-editors but he’s been pretty much on his own since then. Dedicated to printing work by unknown poets and fiction writers, as well as seeking out the overlooked or neglected, the magazine also published “name” writers — sometimes before they were “names” — like Kathy Acker, Rita Dove, Jennifer Egan, Naomi Shihab Nye, T.C. Boyle, Russell Edson, Allen Ginsberg, Ben Marcus, and Rick Moody.

(Check out the authors he’s corresponded with over the years in the magazine’s archive in the Special Collections at George Washington University’s Gelman Library.)

Richard Peabody is also the founder of Paycock Press, which in the ’70s and ’80s published some small press masterpieces of poetry and fiction, like Michael Brondoli’s The Love Letter Hack” and Harrison Fisher’s Blank Like Me and more recently published the work of two D.C. writers I knew, both of whom died far too young: the Collected Poems of pioneering gay poet Ed Cox and In Praise of What Persists, stories by the late Joyce Renwick, known to many of us who attended Bread Loaf in the ’70s as not merely a terrific writer but our caring writing conference nurse. 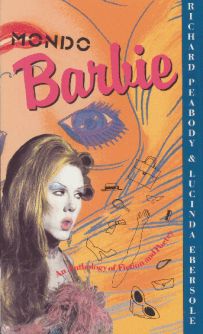 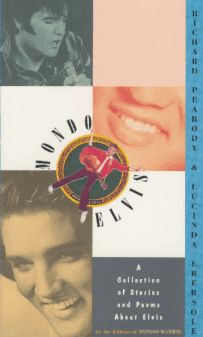 Probably Rick’s best-known fiction and poetry anthologies are the ones he and Lucinda Ebersole did for St. Martin’s Press in the 1990s: Mondo Barbie, Mondo Elvis, Mondo Marilyn and Mondo James Dean, featuring such writers as Sandra Cisneros, A.M. Homes, Kathryn Harrison, Denise Duhamel and many others.

As if being an unparalleled literary impresario and entrepreneur isn’t enough, Rick is also a superb poet and fiction writer. I singled him out in my ’79 article on young writers for his first book of poetry, I’m in Love with the Morton Salt Girl. Since then, he’s published such poetry collections as Echt & Ersatz and Last of the Red Hot Magnetos, filled with work that Guy Davenport called “fresh, spritely, and enviably energetic.”

In addition, Rick is the author of the novella Sugar Mountain (Argonne Hotel Press, 2000) and two short story collections. You can sample his short fiction online: “Stop the War or Giant Amoebas Will Eat You” (2003) and “The Rain in Eritrea” (2005). Rick has taught at the University of Virginia, Georgetown, University, Johns Hopkins University and the University of Maryland. 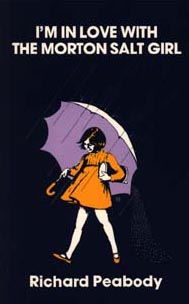 Full disclosure: I first knew Rick as the editor who rejected my early submissions to Gargoyle 32 years ago. After several years, he finally took one of my stories; I was interviewed by the magazine in 1981, and I’m also a contributor to his and Lucinda Ebersole’s Mondo Barbie and Sex & Chocolate anthologies.

I don’t see Rick very often — the last two times were in March 2005, at a writing and publishing conference at Florida State in Tallahassee, and in June 1995, when I paid a surprise visit to Atticus Books, the excellent U Street bookstore he owned for a number of years — but he’s been a great friend. This D.C.-area literary legend currently lives in Arlington with his wife and two daughters, and no doubt he’s currently working on at least half a dozen new writing and publishing projects.

Once, in talking about our writer friends from the ’70s and early ’80s who went missing in action, Rick said, “Richie, you and me, we’re survivors.” I guess. I guess all the writers from my 1979 “Some Young Writers I Admire” I’ve blogged about here are. If you think it’s that easy, let me know around, say, 2032.