While on my book tour for The Long Emergency, I attended a place known as Raging Waters, a “waterslide theme park” that’s a first-class cesspool devoted to energy-wasting frivolities. Given the name, I had hoped that the place might sustain my relentless anger and high blood pressure. But the cabana boys were friendlier (if nowhere nearly as smart as me) than I expected. So I was forced to concede that because I wasn’t in my comfortable, heavily secured and energy-efficient bunker in upstate New York, this waterslide park was yet another unfortunate component of our Clusterfuck Nation. 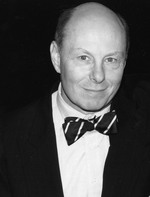 If anything, Raging Waters demonstrates in name and in principle that the American public will continue marching to a steady clueless beat. This summer, like the summer before it and the summer before that, people will contend with these horrid monstrosities called waterslides. Popular in California, these wiry eyesores can be found along the outer edge of the great suburban nightmare. The waterslides show no signs of abating and regularly obstruct one’s view of the sun. They are sometimes green and sometimes blue, a crummy aesthetic that should remind anyone of that domestic regularity known as cleaning the toilet.

Waterslides are essentially sinuous slaloms that use up a remarkable amount of water and energy, as if people think they can have all the fun they want without consequence. Even more distressing is the sight of overpriced popsicles and young and fit bodies wearing various Speedos and swimming trunks. As any intelligent person knows, both of these garments use far too many joules during the manufacturing process and were likely produced in an export processing zone. The continued manufacture of swimming trunks will be a seminal part of The Long Emergency, where people will be forced to replace their precious swimwear with empty potato sacks that they find in what remains of the empty supermarkets that have been looted. Most of these supermarkets will, of course, be burned to the ground.

Beyond the summer attire, there remains the more problematic aspect of supine bodies being shot through a tube at remarkable speeds. It hasn’t occurred to the Raging Waters management that their hundred foot high platforms not only use up a good chunk of precious wood (which will be needed for the Long Emergency when the oil runs out), PVC plastic tubing and fiberglass, but are designed to use as much water as is humanly possible.

What these yokels call “fun” is a very deadly onslaught upon my own delicate sensibilities, which of course matter more than yours. If we are to avoid the Long Emergency, then it is essentially that the United States have the least amount of fun possible. Fun uses too much energy. Fun feeds the horizontal expansion of minimalls and endless fast food franchises. There can be no fun in the United States, not now and not during the Long Emergency. A pox upon water slides! And a pox about enjoying a single moment!