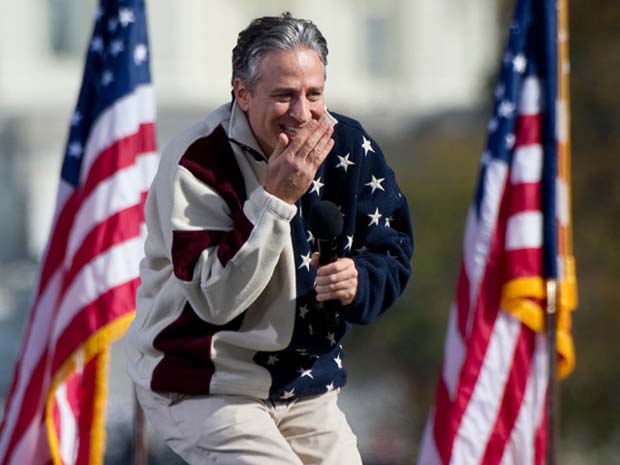 But if the cost of this unity involves slicing the edges off the political spectrum, if it involves ignoring the obvious facts that Goldman Sachs created an orphan month to puff up its earnings and good people had their lives changed by subprime loans and the derivatives casino rewarded the rich at the expense of the poor, then there is something seriously wrong with our priorities. It involves embracing a myth that is just as dangerous as the fabricated Reagan prosperity narrative promulgated by the Tea Party crowd.

“Think for yourselves, and let others enjoy the privilege to do so, too. It is the sole consolation of weak minds in this short and transitory life of ours.” — Voltaire, “Toleration”

I did not attend Saturday’s rally because, like many Americans, I could not afford to. I did not have the cash for the $60 Boltbus round trip, the $100 or so to spring for a night in a motel room, and the $40 (very conservative estimate) for food and water. $200.

Now imagine the tab if you have a kid. Factor in childcare and you’re easily getting into the $400 range if you were a parent hoping to participate in a rally that was being compared in some corners to Martin Luther King. Sure, you could blow a few hundred bucks to make a purported difference or you could put that money into your kid’s Halloween costume. Or maybe that’s a few weeks of much needed groceries. Or maybe that’s what you need at the end of the month to make mortgage or rent.

The upshot is that, in this economy, $200 is a lot of money for many people. If you are among the 10% of Americans who remain unemployed, the ones who are being told that economic recovery is just around the corner, then those two Ben Franklins are worth a good deal more. And these are the people we’re not talking about. These are the people we can’t talk about. Because unless it’s a message from the Rent is Too Damn High Party, talking about poverty and class division isn’t nearly as entertaining as an episode of Jersey Shore.

If you could afford to go to Washington last weekend, you practiced your new political privilege. This privilege was reflected in the mostly white demographic that turned up in Washington. It was reflected in Jon Stewart and Stephen Colbert’s performance of “The Greatest Strongest Country in the World”:

Stewart: They don’t care about the gays
Colbert: That’s mostly true
Stewart: They’re terrified of Muslims!
Colbert: Well, they scare you too!
Stewart: But I would never talk about it / Folks would get annoyed
Colbert: You’re a coward
Stewart: Yes, but I’m still employed (going into a falsetto yodel)

The satirical song’s message, a sentiment also reflected in Stewart’s closing speech, is that there is no longer any room for hyperbole, extremist rhetoric, and “insanity.” If you’re lucky enough to remain gainfully employed, maintaining a Spock-like commitment to cold “logic” while others face the savage brunt of rising costs and diminishing prospects, keeping your job is more important than speaking your mind or commiserating with the hard realities of a family who has to skip a few hot meals. The message is this: It could have been you, but, hey, you’re still employed. Don’t take a chance. People might get annoyed.

And how exactly does this represent togetherness? Togetherness doesn’t mean shunning people, but listening to the viewpoints you despise. And while you may be bathing in a Stewart-Colbert afterglow, the “insane” people will be there in the voting booths on Tuesday. There will be hard and possibly irreversible developments because a bright red cluster was just told that its feelings didn’t matter. That the manner, however inappropriate, in which people responded to justifiable concerns about unemployment and foreclosure wasn’t valid. Yes, they amplified their messages until their posters turned into increasingly stranger exemplars for Godwin’s Law. But if the corporations had given them jobs as Wall Street enjoyed its best September since 1939 or someone had listed to justifiable concerns about being forced to pay exorbitant costs thanks to one of the biggest giveaways to private industry in American history, would we even have Christine O’Donnell as a candidate? Would we even be diminishing political discourse by considering the gentlemanly angles on muff diving?

While keeping atavistic sentiments out of evenhanded analysis is a worthwhile goal, there are several problems with Stewart’s overgeneralized view of the way the media and the political conversation operates — hardly limited to what David Carr has courageously and reasonably offered. As Glenn Greenwald wrote in September, where’s the space for someone engaged in genuinely independent and non-ideological inquiry? The fact that the audience applauded strongest when Stewart yodeled about keeping his job suggests that public discourse is not necessarily about the politics, but about keeping one’s privileged position. The new privilege is, irrespective of Rick Sanchez, being able to hold onto your job and being able to spend money to go to a rally. What of those who aren’t part of this illusory middle class? The ones who were left behind like the poor saps missing the rally, stuck in traffic on the “free” Huffington Post buses? Was Saturday, as Mark Ames suggested, more of “an anti-rally, a kind of mass concession speech without the speech–some kind of sick funeral party for Liberalism, in which Liberals are led, at last, by a clown?”

I don’t want to pin the blame on the 215,000 people who attended the rally, particularly since many conservatives are attempting to undermine this number with dubious metrics. These goodhearted people attended this exercise in good faith, seeking confirmation that there was a safer way to express their political commitment. As someone who witnessed firsthand in San Francisco the manner in which suburban people were squeezed out of the Iraq opposition rallies on February 15, 2003 (the largest global anti-war rally in history) after the protest turned bad, discouraged by the loud and loutish voices who caused their swift surrender, it was a great relief to witness a new political unity.

But if the cost of this unity involves slicing the edges off the political spectrum, if it involves ignoring the obvious facts that Goldman Sachs created an orphan month to puff up its earnings and good people had their lives changed by subprime loans and the derivatives casino rewarded the rich at the expense of the poor, then there is something seriously wrong with our priorities. It involves embracing a myth that is just as dangerous as the fabricated Reagan prosperity narrative promulgated by the Tea Party crowd.

The people who attended this rally may very well be without this Wall Street greed. But the ones who have caused our national problems have been anything but civil. The Glenn Becks and the Keith Olbermanns who fulminate hysteria are not, it is important to be reminded, selling our grandchildren into slavery.

In his speech, Stewart talked about the “selfish jerk who zips up the shoulder and cuts in at the last minute. But that individual is rare and he is scorned, and he is not hired as an analyst.” Not at all. These selfish jerks are hired in droves on Wall Street. Reason won’t deter the very insane avarice and the unremitting selfishness of the economic elite. You can’t always bring a book and a calm demeanor to a knife fight.

In fact, few have remarked upon the selfish qualities contained within Stewart’s speech. The first sentence: “I can’t control what people think this was.” Near the end: “If you want to know why I’m here and what I want from you I can only assure you this: you have already given it to me. Your presence here was what I wanted.” You will not find the verbs “want” or “control” in Martin Luther King’s “I Have a Dream” speech. In Obama’s much longer and more nuanced “A More Perfect Union” speech, you will find our future President using the phrase “we want” (not “I want”) numerous times, but never “control.” King and Obama brought people together during these moments not because they dictated to their audiences what they wanted (and thus, as Stewart has done, dictated how they should respond), but because they invited their listeners to become part of their journey.

The difference is that Stewart can rescue himself from any criticisms because he can always play the “I’m a comedian” card. Yet it isn’t too much of a stretch to see that Stewart’s “I want” has now eclipsed Kennedy’s “Ask not what your country can do for you, ask what you can do for your country.” Stewart suggested to his audience that “because we know instinctively as a people that if we are to get through this darkness and back into the light we have to work together,” but he has, rather brilliantly, sandwiched this facile notion of working together within the troubling crust of “I can’t control” and “I want.” And “I want” is a more dangerous beast than the fleeting optimism contained within “Yes we can.”

“I want” is the mantra of entitlement. “I can’t control” is the sentiment of someone whose view of the “opposition” is relegated to a quick glimpse of someone in a car, where judgments as superficial as Beck and Olbermann reduce a complex individual to a neat demographic label. The mom with two kids who can’t think about anything else. The Oprah lover. What about the people who don’t have the money for gas?

Stewart is on firmer ground when he suggests that racists and Stalinists are “titles that must be earned” and that labels should be granted to those “who have put forth the exhausting effort it takes to hate.” But what about more subtle disgraces? Systemic issues? By these standards, the cab driver who does not stop for a black man, the gay couple that is not permitted the same benefits as a married couple, or the ongoing wage gap between men and women should be given less amplification.

As John Scalzi recently noted in a list, you don’t have to worry about any of this. You can attend a rally and feel good about yourself. What you may not realize is that clowns much bigger than Stewart and Colbert — the ones who took your tax dollars during the bailouts and the ones who speculate on commodities and raise your daily prices — are laughing at you.