[EDITOR’S NOTE: Since the Superfriends have remained silent, to foster variegated opinions and commentaries on this blog, I have enlisted Professor Timothy Stuyvesant (rumored to be in the running for emeritus status) to offer excerpts from his lectures here on a semi-regular basis. The Professor specializes in English usage and made at least forty-five students weep the last year. (Approximately. The number hasn’t been confirmed.) He has yet to be featured on Rate My Professors for fear of immediate reprisal. But several experts have concluded that Stuyvesant’s work remains as baffling as anybody else’s.]

Excerpt From “The Spoken Astonishment” (first delivered in English 467: The Ethics of Punctuation on April 5, 1992): 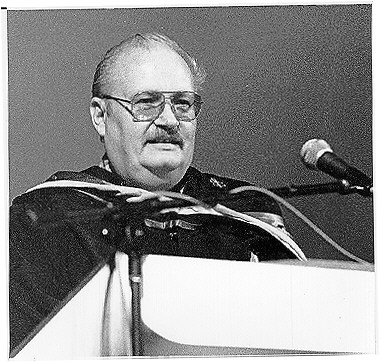 You’ve probably said or heard this at least some point in your life. But not in my classroom! Here, I would rather have you declare astonishment to a piece of fecal matter than have you degrade the human race with two simple words.

Degrade? Yes! Degrade. This is a very serious matter! When you are having a bad day or trying to come to terms with an unsettling situation, why is it a boy that comes from your lips? Are you craving a Bob’s Big Boy hamburger? I think not! And if you are, come by my office later. I might let you in on a few good burger joints. Are you frightened by the prospect of a girl materializing in front of your eyes to alleviate you?

Don’t get any ideas. This concerns her too.

Who is this boy you speak of anyway? Why does it have to be a he? Did this boy ask you to mention him? Did you even ask this boy if you could talk about him? How could you be so rude?

Let me tell you where I am going with this. It is the unfortunate tendency of the sexist machinations of the Western world to confine astonishment to a masculine gender status.

It must stop! Either we must come to terms with the boy, perhaps subduing his anonymity by referring to him by first name. (Perhaps “Oh Phil” or “Oh Glen” is the answer here.) Or we must find a nongender noun that will offend no one. We need a term of astonishment that will lead us into the 21st century. Something that nobody will anticipate. Something that makes everyone feel good and is more concerned with meaning rather than ambiguity.

We lost the ERA fight and the foolish masses keep electing Republicans to the White House. But this will not stand.