There’s nothing more exciting to a literary enthusiast than a once overlooked and perhaps mainstream writer like Philip K. Dick being seemingly considered by The New Yorker. But Adam Gopnik, a reductionist blowhard who I suspect is not much fun at a cocktail party, prefers reactions to Philip K. Dick over the text itself, revealing his true Hooked on Speculative Fiction colors in failing to apply complexity to a phenomenon that clearly deserves it. His take is that of a new parent, perhaps of a psychotic temperament, seriously considering crib death as his first option — as antipodean from understanding the how and the why as a critic of any sort can get. This is a desperate assignment carried out by a man who would declare all manner of generalizations about what he thinks Dick’s work and science fiction is about, but who is not so much interested in recalibrating his own prejudices as he is in flaunting his own apparently superior tastes. Humility and cross-genre flexibility would seem two qualities that come to Gopnik with some difficulty. 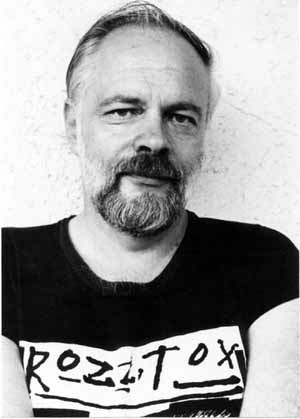 It’s a pity that even someone as purportedly half-hearted as Luc Sante wasn’t assigned the piece, for surely Sante would have spearheaded his assessment, as he did with his recent Kerouac piece, towards the text first. This is what any decent critic should do. Gopnik does quote text, but he is frequently at odds against the Dick boosters — unnamed, uncited — with his countless cries of J’accuse!

Rather than attempt a precise assessment for why PKD has influenced writers as diverse as Jonathan Lethem and Matt Ruff, and for why his work has been transformed into many movies, and for why the Library of America felt it necessary to honor this apparent genre hack by enclosing four of his books into a single volume, we get instead a clumsily contrarian assault upon literary enthusiasm and an assault upon literary influence. How dare the natural course of human passion extend to such apparent drivel as The Man in the High Castle rather than The King in the Window! How dare this same apparently unstoppable current draw its attention to the grimy drugged out underworld rather than elevated expatriate observing from Paris!

Let’s be clear. Gopnik did not have it easy. To attempt a Dick assessment is to wrestle with a quite insane individual who composed a 35 million word diary, who believed that various agents were out to get him, and who likewise felt compelled to write by any means necessary. I will agree that attaching a label like “Genius” to Dick or to proclaim that Dick could do no wrong is to elevate some of his purpler prose to veritiginous heights. But it is with this kind of literary absolutism is where Gopnik has his greatest problems. For Dick, with his intense imagery, was undeniably special. Why can’t a writer be compared to both Italo Calvino and Robertson Davies? What causes a writer to get two seemingly antipodean comparisons? And who are those who are making these claims? (Gopnik, grappling the elusive “they” like an alcoholic clutching his brown bag, does not ever say.)

Gopnik does not seem to understand, for example, that the Hugo Award was quite a different accolade in 1963 than it was today. Both the Emmanuel Carrère and Lawrence Sutin biographies — in particular, the former — suggest this. Before science fiction became somewhat respectable, spurred in part by the increasing acceptability of geekdom in the 1990s, it was considered a field populated by kooks, shifty-eyed magpies, and other assorted lunatics. Gopnik’s considerable ignorance (and elitism) continues when he writes, “There were a million places to write sci-fi in those years, publishers eager to have it, and readers eager to argue about it.” Is Gopnik implying here that there was no significant difference between meticulously edited monthies such as Astounding, Galaxy, The Magazine of Fantasy & Science Fiction, or slightly more experimental offerings like New Worlds, and the endless fanzines distributed at conventions? Is he truly not aware of the New Wave movement? Is he not aware that it was not until 1969 when Ballantine began to take science fiction seriously with the Ballantine Adult Fantasy series? Is he not cognizant of the battles that Donald A. Wollheim fought against distributors to keep Thomas Burnett Swann’s How Are the Mighty Fallen in circulation despite its gay-themed content? Or familiar with Harlan Ellison’s Dangerous Visions volumes — anthologies that offered necessary kicks in the ass in response to the publishing industry’s puerile ideas about genre and ended up selling more than anybody had thought?

During Dick’s time, there were definitive limitations in place about what science fiction could and could not do. dick may not have been “unfairly neglected” by the science fiction community, who certainly saw the magic that shone through Dick’s prolfiic output. But he was, like many great writers who just happened to be writing science fiction stories, certainly “unfairly neglected” by the snobbish nitwits who looked down on genre in the way that Howard Hughes was terrified of bacteria. Adam Gopnik, happily no doubt, is certainly living up to this stuffy tradition.

He seems to have been a man of intellectual passion and compulsive appetite (he was married five times), the kind of guy who can’t drink one cup of coffee without drinking six, and then stays up all night to tell you what Schopenhauer really said and how it affects your understanding of Hitchcock and what that had to do with Christopher Marlowe.

As the two cited Dick biographies made perfectly clear, it was not a “compulsive appetite” that caused Dick to be married five times. Perhaps it’s too much of a common sense conclusion for Gopnik to ponder, but when a man believes he is the center of the universe, stays up at all hours to write (often on speed), and repeatedly goes to the police because he believes people are watching him, chances are that he’s going to have a few marital difficulties.

We also get grand generalizations from Gopnik such as “Dick tends to get treated as a romantic,” such Alfred E. Neuman-like insights as “he did see questions in vast cosmological terms,” and gross oversimplifications like “[t]he typical Dick novel is at once fantastically original in its ideas and dutifully realistic in charting their consequences.” Gopnik claims that Dick’s books “belong to a particular time,” but fails to discern how Dick dutifully filled his books with such prescient terminology as “broad-band.” And he condemns Dick for his prolificity. “[O]ne thing you have to have done in order to have done in order to write eleven novels in two years is not to have written any of them twice.” Cite examples much, Gopnik?

Gopnik does at least offer an interesting comparison between Dick and another Philip, but he lacks the perspicacity or the know-how to compare Roth’s middle period against Dick’s oeuvre, much less offer any textual examples showing where he sees these associations.

Overlook such concessions as “beautiful and hallucinatory” in relation to Ubik (after all, the Library of America must have some validity in republishing Dick), and one sees quite clearly that Gopnik comes not to praise Dick, but to bury him.

But Gopnik, who seems to think he’s being a contrarian here with this essay, is doing no such damage. The Dick legacy will live on and perhaps infuriate Gopnik further. The New Yorker readers bobbing their heads up and down over this malarkey probably weren’t going to sample Dick anyway. And in the end, Gopnik has given the New Yorker as predictable a take as they likely expected. It’s decidedly unsophisticated for a magazine that claims to be sophisticated.