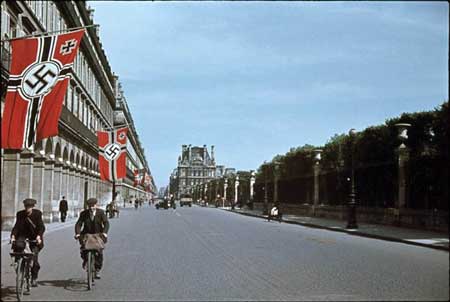 New Yorker: “In France, the wounds of war are only thinly healed, as proven by the pained response to a recent exhibit of 270 color photographs by André Zucca, called ‘Les Parisiens sous l’Occupation’ (‘Parisians Under the Occupation’). The photographs are of street life in Paris during wartime, and they’re said to be the only known color photographs from then.” (Some photos here and a Flickr set.) (via MeFi)