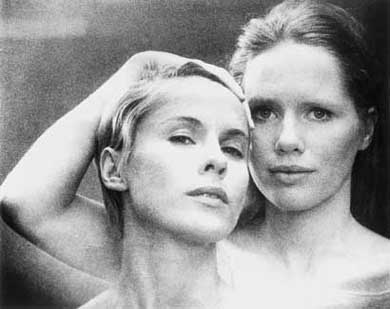 My first Bergman experience involved seeing a 16mm print of Persona as a teenager and becoming thoroughly lost in its dreamlike world, my heart fully pulverized by the great pain and sorrow, my mind recoiling at the fragmentary images that I didn’t quite understand, and the other Sacramento kids around me simply not understanding that they were in the presence of a master.

I wondered then if Bergman was cinema’s great manic depressive and sought out his other films. The rolling tank in The Silence, the daring colors and blood of Cries and Whispers, the constant concern with death. I was surprised by the great humanism of Wild Strawberries and Max von Sydow’s knight in The Seventh Seal defiantly standing against the grim reaper. I began playing chess with friends on the beach, trying to look as cool as von Sydow.

Bergman was as literary a filmmaker as you could get — the likes of which we won’t see again for some time. It is as if Ibsen or Strindberg has died. And his absence leaves a staggering void that not even twenty filmmakers could fill.