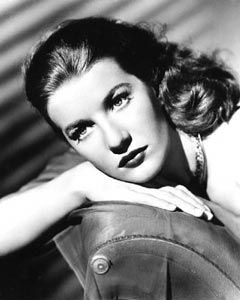 To my great surprise, there are scant YouTube links to Lois Maxwell’s fourteen Bond film appearances as Miss Moneypenny. I’m sure this will be rectified in the days to come. But really, the true Bond film fan should accept no substitute. Caroline Bliss (who copped to a decidedly non-Moneypenny Barry Manilow collection!), Samantha Bond, Barbara Bouchet, and (if you count Never Say Never Again) Pamela Salem couldn’t hold a candle to the intelligence and warmth of Lois Maxwell as Miss Moneypenny. The other Moneypennies were all bimbos by comparison. The character of Miss Moneypenny was undeniably a sexist archetype, whose flirtations were often stifled by the stern warnings of M. But somehow Maxwell brought a quiet dignity to the role, even when Bond treated her like dirt and Maxwell’s dialogue often involved pining for marriage and other now dated and desperate pronouncements. Had it been any other actress besides Maxwell, I don’t believe I would have developed a teenage crush on Miss Moneypenny, particularly the Moneypenny of the Sean Connery films. I watched all the Bond films multiple times and could never entirely understand why Bond rejected her for the floozies. But you have to understand something. I was a naive kid under the influence of Victorian literature and felt that Bond had abdicated on Moneypenny’s polite overtures to Bond. Oh, youthful naivete!