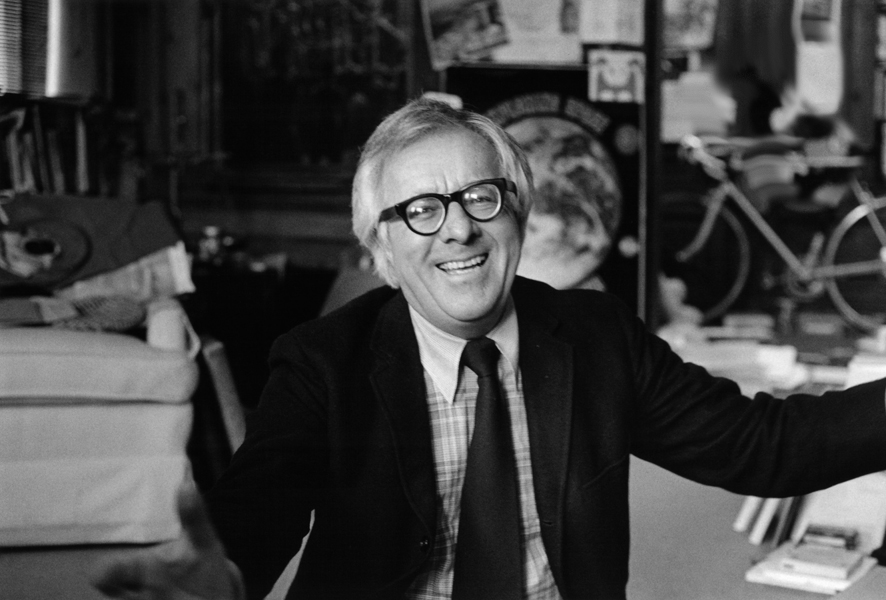 Ray Bradbury gave us the okay to believe in stories and the hunger to find more of them. Here are some reasons why.

Ray Bradbury was America. He knew our hopes and our aspirations, and he was able to convey all this in beautiful economic language.

Bradbury spoke to us because there was something entrepreneurial in the way he unleashed his high concepts. He had so many great ideas that it is astonishing to recall that he was able to turn out a short story every week.

Many of these stories became classics. There was “The Fruit at the Bottom of the Bowl,” in which a man’s efforts to clean up a murder transform into a new obsession, leading one to wonder what went wrong in the first place. There was the heartbreaking tale “All Summer in a Day,” in which the sun shines on rainy Venus every seven years and an incredible act of cruelty prevents one young girl from seeing it. There was “A Sound of Thunder,” in which a time traveler strays off the path and crushes a butterfly and returns home to find his present irreparably changed. The “butterfly effect,” coined by Edward Lorenz from this story, became part of chaos theory.

Ray Bradbury didn’t waste words. He knew we needed wonder and, with such indelible parables as “The Pedestrian” (a man taking a walk in a world where everyone was expected to watch television at night) and Fahrenheit 451 (a future in which books are destroyed), he wasn’t afraid to expose humanity’s dark underbelly. “The Flying Machine” sees a Chinese emperor burning a flying machine because he is concerned it will be used by those who “have evil in their eyes.”

But Bradbury’s tales weren’t just about the ideas. Comb through nearly any Ray Bradbury story to see how it was done. The impeccable balance of nouns, the clear emotional resonance demanding that we read further.

I want to be clear on this. I wouldn’t be reading today if I hadn’t found Ray Bradbury as a small boy in a library. And I know that I’m not alone. Ray Bradbury gave us the okay to believe in stories and the hunger to find more of them.

It is unspeakably awful that there will be no more fiction from Ray Bradbury. The world has lost a literary giant.

Here are some samples of what Bradbury is leaving behind:

“William Acton, whose fingers had stroked typewriter keys and made love and fried ham and eggs for early breakfasts, had now accomplished a murder with these same ten whorled fingers.”

“The dark porch air in the late afternoon was full of needle flashes, like a movement of gathered silver insects in the light.”

“It was a dim undersea place, smooth and clean and published, as if something or other was always coming through and coming through and nothing ever stayed, but always there was motion and motion, invisible and stirring and never setting.”

“Silence lived in every room like a light turned off. Silence flowed like a cool wine in the tunnel halls. Silence came through the open casements like a cool breath from the cellar. They all stood breathing the coolness of it.”

“A wall collapses, followed by another and another; with dull thunder, a city falls into ruin.”

“He stopped the lawn mower in the middle of the yard, because he felt that the sun at that moment had gone down and the stars came out.”