On Sunday morning, I woke to the sounds of strange huzzahs. Turns out it was the San Francisco Marathon running through my hood.

The cheers came from a throng gathered at the southeastern corner of Stanyan and Haight Streets. There was a very large speaker providing music. Weird 1980s stuff like the Smiths, with a little funk thrown in for good measure. How this mix pertained to running was anyone’s guess. But I supposed it gave the runners hope, urging them to press on. I joined the folks frozen in place, cups of coffee clenched in their hands, joining in with cries of “You’re doing a great job!” and “I’m an out-of-shape bastard! You are more glorious than me!” 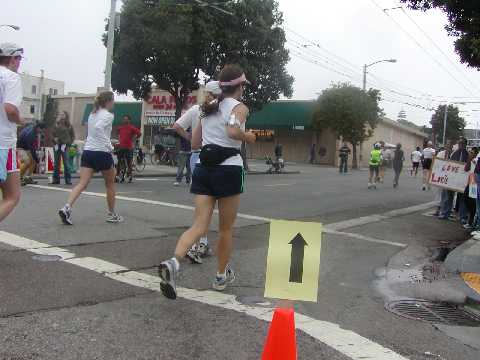 The above-mentioned corner crowd can be seen on the right-hand side of the frame. They were apparently gathered there for “Lorie,” but they let out enthusiasm for several people who weren’t named Lorie. It was good to see the Marathon people providing arrows. I’m sure it helped the runners. But for a spectator such as myself, I took the sign’s advice, looked up, and saw merely a foggy sky. 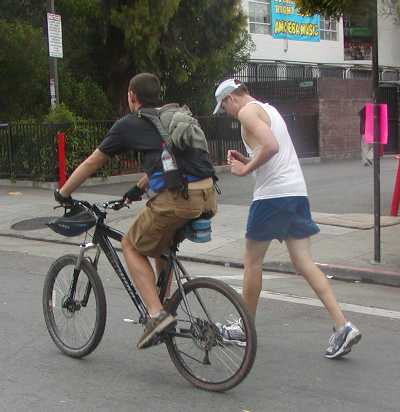 Whoever organized the biker-runner escort service was very kind. They were there by regular bicycle.. 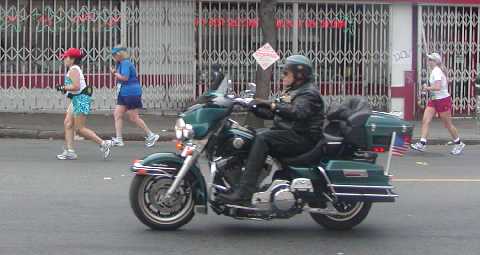 Strangely enough, this is one of the few times I’ve paid attention to the Milkbar during the day. 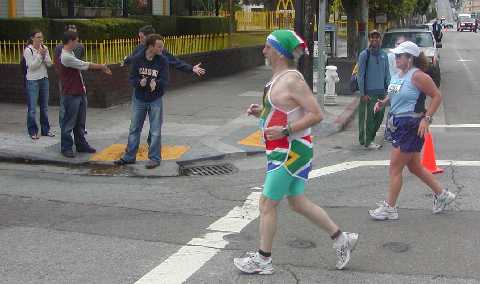 The minute that this colorful gentleman ran by, a flurry of activity occurred among some kids at the corner that involved the transaction of green pieces of paper for a green substance I couldn’t quite identify housed carefully in a plastic bag. 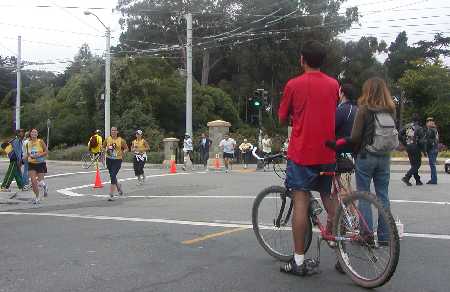 A typical assembly of frozen spectators in place. I hadn’t seen so many frozen standing people since last standing up for the Star-Spangled Banner at a ball game. 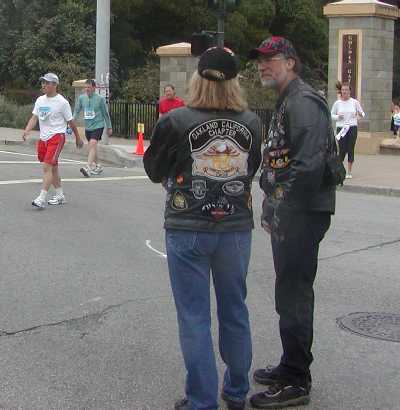 These bikers were prepared to step in if anyone did anything. I trusted them more than the cops. 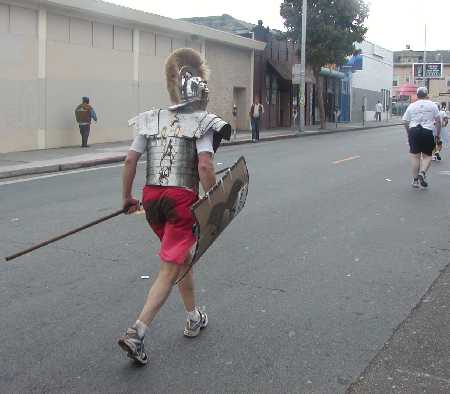 This guy’s going to have a major backache tomorrow. 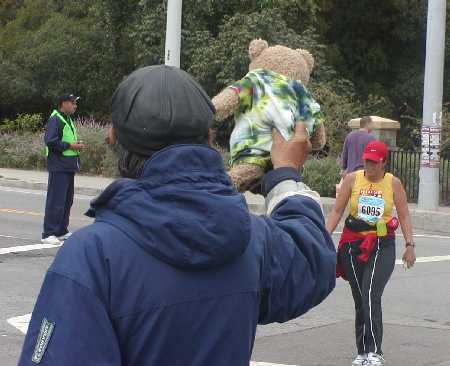 Aside from the cheering crowd, this gentleman raised his bear at anyone who passed by. Unfortunately, nobody paid too much attention to him, which was a shame. I suppose applause is a steadier measure than a hapless teddy.