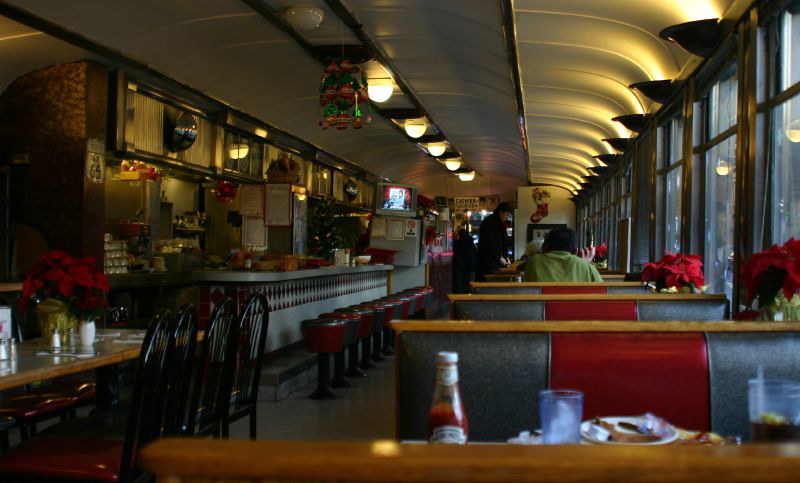 We’ve just released Season 2 of my ambitious audio drama. And not even a pandemic could stop us.

A lot of people have been asking me about the second season of my audio drama, The Gray Area — namely, when in tarnation is it going to be released? Well, I’m pleased to report that after two and a half years of toiling on the second season — working seven days a week, often twelve hours at a time, recording more than 300 hours of audio, writing and coordinating 120 speaking roles on nearly 1,000 pages of scripts (yup, I wrote it all!) — the premiere, “Living Creatures,” has been released as of today. It’s a cheery tale set in a Wyoming chicken diner — one inspired by Patty Hearst and Pulp Fiction — that involves animal rights, truckers, and a lot of swagger. This is the first of nineteen new episodes.

I was forced to leave Brooklyn about two weeks ago because of the pandemic and a few extenuating circumstances. (No, I’m not on the lam. But I’ll tell you the story if I run into you after the bars open up again.) So I improvised a laptop editing rig, hastily copying the contents of my many drives onto a 10 TB external hard drive. In some cases, I had to recreate the wheel. My original plan of going out into a crowded New York City and recording numerous location tones for authenticity was kiboshed by Corona. And so, in each case where I didn’t have a location tone to work from, I painstakingly built fifty tracks from scratch, compartmentalizing every known human behavior and action that I could. I had thankfully recorded all the actors before the pandemic hit. And I, rather stubbornly and in open defiance of this evil virus, exhausted myself in the last two weeks by readjusting the release schedule so that I could deliver finished versions of the nineteen episodes. So as of today, the first one is released. And starting on April 21st, you’ll be getting a new episode for free every two weeks on Tuesdays.

It remains my firm belief that, during these rough times, new stories help everyone to stay sane and strong. There are many people out there who are struggling right now, and I really wanted to make sure that you could have a new episode every other Tuesday — at an uninterrupted schedule — for free.

Now while all of these stories can be enjoyed independently, there are many connections to Season 1. This is a program that rewards careful listening. And by the end of the second season, you will see how all of these many story strands are related to each other! But you can also experience these sonic tales as enjoyable yarns. We have a number of very fun and wildly ambitious tales lined up — including a space opera set a few decades from now and an epic seven-part love story set in two parallel universes that takes place from 1994 to 2023. We’re even going back in time to 1912 later in the season! This season has a bit of everything! Demons, demon hunters, eccentric engineers named after screwball comedy film directors, love stories, doubles and Doppelgängers, revolutionaries arguing about breakfast, dragons, a touch of film noir, time travel, absent-minded professors, fierce librarians, technological intrigue, AI, laser battles, a mysteriously exuberant figure known only as the Receptionist who is fond of hot dogs and Tony Danza, a wild interdimensional beast named Chester, and a great deal more! We’ve even composed and performed just under a dozen original songs.

I am also initiating an experiment. For Season 2, we’ve introduced a Season 2 pass that — for one flat fee of $20 — will give you instant access to all episodes ahead of release (as I finish them), as well as the scripts, and a special behind-the-scenes podcast called Inside the Gray Area featuring commentary and interviews with the actors. The first batch of five episodes (along with the supplemental material) is now available at the premium site. We’ll be releasing a second batch of eight Season 2 Pass episodes around June, followed by a third and final six episode batch sometime in August. But don’t worry! Your season pass will be good for the entire duration of these three release phases. And all nineteen episodes will still be released on the free feed from now through December 15, 2020. To give you a sample of what you get with the Season 2 pass, I’ve also released the first episode of Inside the Gray Area on the free feed with “Living Creatures.” A Season 2 pass not only gives you a lot of extra goodies (similar to DVD special features). But it will also help to support independent audio drama. We have a four season story plan in place. We pay all our actors. And we want to make sure that we can keep on producing this wildly unique and highly ambitious audio drama.

If you are a member of the media interested in advance review copies or anything else, please feel free to get in touch with me.

So that’s where we’re at. Art in the time of Corona. Let the record show that I didn’t let a pandemic stop me from seeing this highly complicated project through. I hope you enjoy it.