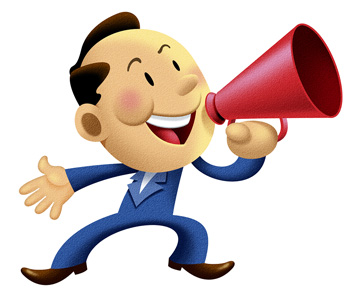 This is a brief overview of present journalistic developments. Do check out the Wold Newton series this Sunday!

Due to my inability to secure a reliable broadband connection after a recent move (a lengthy Kafakesque tale that is currently without end) and an apparent spate of mental fatigue that friends and loved ones have had the kindness to help me identify (I believe the question “Are you out of your fucking mind?” is what encouraged me to come to my senses), there are a few things I need to announce.

1. My coverage of the New York Film Festival will continue, but at a reduced clip. With so many enticing films on the schedule, I had initially envisaged a Herculean commitment, where I might write essays for the lion’s share of the titles. What I failed to account for in my enthusiasm was my involvement with several other projects. I do have a great deal of energy, but everyone does have an omega point. And it became quite evident that hitting nearly every press screening while working on these other things was akin to fighting a two (or three!) front war. So I’ve decided to sit out more days than originally planned. But there are a great deal of reviews in the works, screenings to attend, as well as a few interviews. (I’m especially excited to talk with one director.)

2. I’m going to be slowing down Bat Segundo production in the next month or two. There will still be new shows. I’m sitting on six interviews and I have a few more scheduled over the next few weeks (including some in relation to The New York Film Festival). But the upshot is that, between all this and my other activities, I don’t want to burn out. So to preserve my sanity, I’m not going to adhere to a weekly schedule. So expect at least nine or ten new shows before the year is up. I anticipate returning to a regular weekly schedule at the beginning of 2011.

3. Todd Pruzan, who edits the freshly launched consumer finance site Get Currency, enlisted me to write a little article on video-on-demand. Check it out.

4. Eric Rosenfield has enlisted my co-participation in a new reading series called Wold Newton, named after Philip Jose Farmer’s famed universe. As far as I know, this is the only reading series in Brooklyn devoted to speculative fiction. The first one is set to go down this Sunday, September 26, 2010, at 6:30 PM, at Word Bookstore. And it features the amazing combo of Charles Yu and Brian Francis Slattery for its debut. There will also be live music, poetry from Jonathan Berger, and Eric and I performing some rather silly interstitial material. Do check out the site to find out more about it. It looks to be a very fun time, and I’m especially excited about it. (We’re already planning a second Wold Newton reading in November, and there are more we’re working on for 2011.)

5. Due to the present DSL nightmare, my ability to respond to email is extremely limited. Please have patience. If you really need to get in touch with me, you can do so through friends and loved ones. I’m doing the best that I can to work without a Net, and I hope to reply to everybody once my Internet connection is operational again. In the meantime, new content is being uploaded to this site through various wi-fi signals, some legitimate and some stolen.