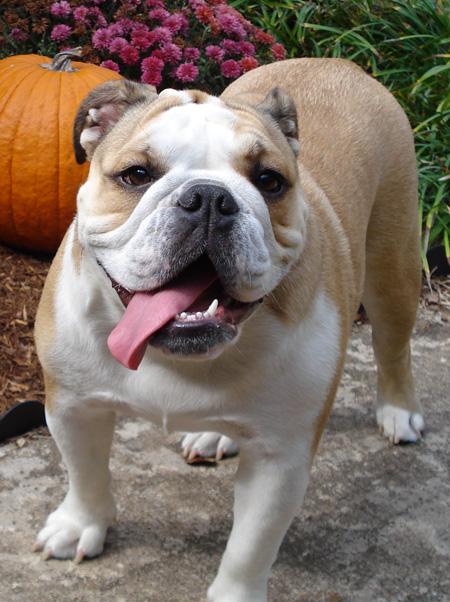 While the proprietor attempts to come to terms with the many emails that poured in over the last several days, the considerable notes he took for several TOC panels, the video footage he has to put together and get on YouTube, and the rather insane obligations he has going on during the next few days, the proprietor interrupts the scheduled program to present a photo of Arnie the English Bulldog, which should tug gruffly at heart strings and serve as an interregnum to the considerable e-chatter about ebooks that has popped up at this li’l e-place.