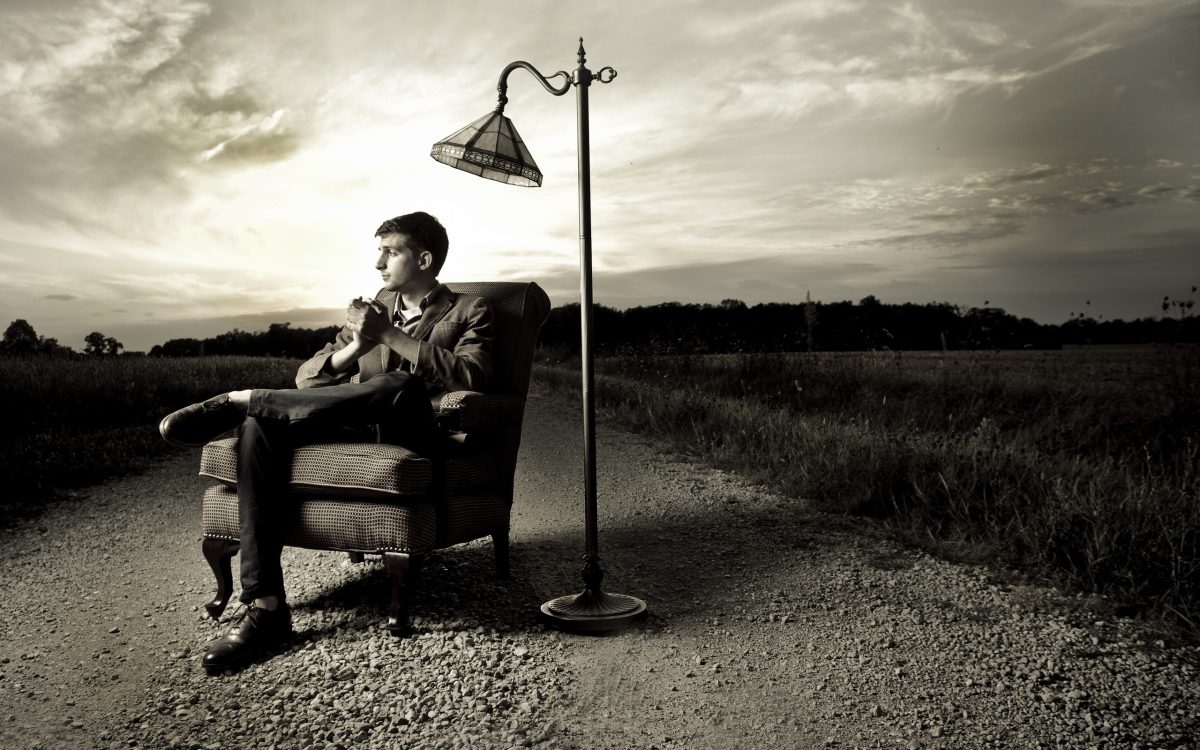 Why are some people (especially men) terrified of sitting by themselves and contending with their thoughts and possibilites?

In 2014, an audacious psychology student named Erin Westgate carried out a bold test of Pascal’s famous crack about humanity’s problems stemming from the inability to sit quiet and alone in a room. Westgate took away all technology from her participants and placed them in a lab. There would be no Candy Crush to distract these guinea pigs on their confiscated smartphones. Run the Jewels 2 or some other album of the moment would never bellow through their surrendered earbuds. The participants were even divested of their watches.

There was a button adjacent to each of these human lab rats. Pressing the button would deliver an electric shock. Westgate asked the gathered crowd if they could test it out. They did so and the shock was unpleasant. Then Westgate asked the group if they would lay down some dollars to avoid the painful tingle from the button. They said that they would. There are no details about the price that the participants were willing to pay or whether or not Westgate accepted credit cards.

But the next stage of Westgate’s experiment is where it gets fascinating. The subjects had a small window of time — about twelve minutes — to sit in their chairs and not nod off for a nap. They simply needed to be alone with their thoughts. This was all they had to do. But if they wanted to press the button and shock themselves, they had this option as well. Twelve minutes isn’t all that long in the grand scheme of things. There are people who would stand in line for lunch in that time. (The average wait time at Umami Burger is 55 minutes.) We probably fritter away at least twelve minutes doing something stupid on any given day. But when there were merely thoughts, those twelve minutes turned into torture for a sizable cluster of the subjects. An astonishing 70 percent of the men and 25 percent of the women were so nullified by the idea of wandering with their minds that they couldn’t make it twelve minutes without hitting themselves with a startling jolt which they had already confessed that they would pay good money to avoid. Being shocked (and arguably waiting much longer than this for a shittake burger in a trendy Battery Park lunch joint) was preferable to finding pleasure and possibility within these thoughts.

If the human mind has been given to us to take in wonder and imagine happy scenarios, why then is there this masochistic impulse to shut down the mighty noggin in its prime? We are happy to spill our thoughts to others with endless tweets and texts, but the beats inside our heads are not such a sexy dance for some, especially men, who are also sparse in numbers if you ever take a swing dancing class, which is itself a kind of meditation. Perhaps this is because being alone sometimes requires us to face our fears and anxieties, which might otherwise be obliterated with relentless stimuli. Or maybe there is some quality increasingly steeped in our culture that requires us to share rather than withhold.

Thoughts are a cornerstone of meditation. And it’s worth observing that a Brown University study earlier this year revealed that, much like the women in the above University of Virginia study, women were far more likely to overcome a downcast mood in a mindfulness meditation session than men were. It may very well be possible, although one winces at the stereotypes that the two studies appear to uphold, that women are better equipped than men to find pleasure and compassion and positivism within their minds. Perhaps women are less likely to feel the dread of being alone with their thoughts because the patriarchal cues of Western culture (mansplaining, the disproportionate number of times that men interrupt women, the swinish Uber board member who declared that women talk too much in a meeting about sexism, et al.) sometimes present them with limited options. Or maybe society itself is already administering a shock with subtle crimes pertaining to gender disparity and the mind is thus a more welcome refuge.