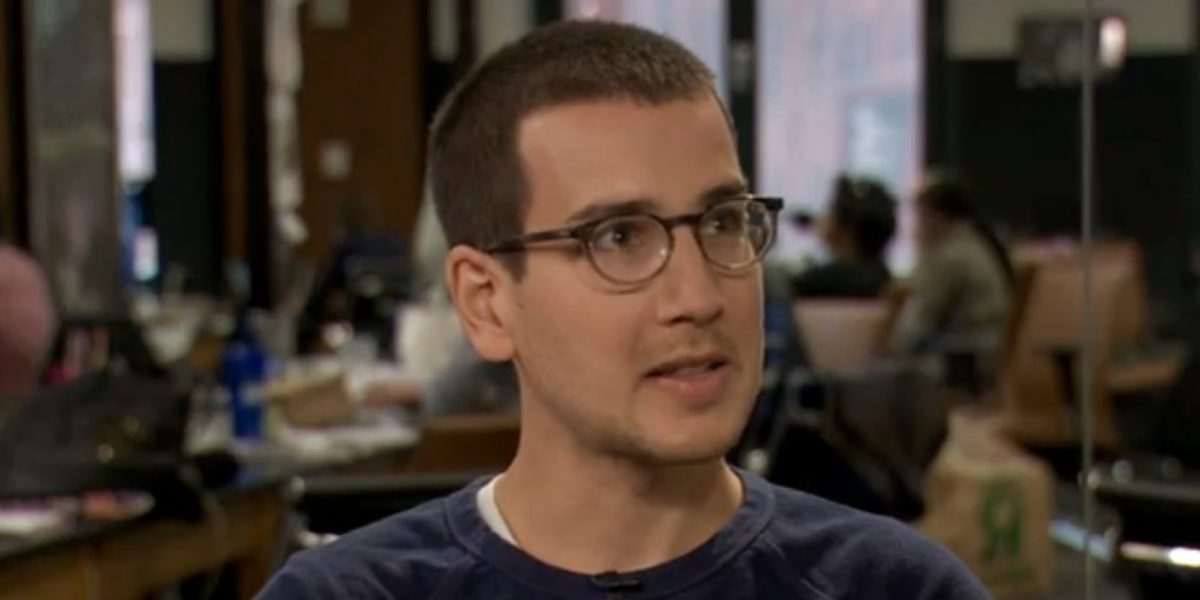 Behold! A Horatio Alger-like story of a bespectacled white male writer in Brooklyn!

Ben Dolnick is the contemporary master of a little-used freelancing device: the willingness to sell your soul for a pittance to draw attention for a forthcoming novel. Dolnick knew that nobody would read his latest book outside of his mother, his ex-girlfriend, the barista who humored his vaguely charming but obnoxious narcissism whenever he ordered a chai latte, and maybe a few former roommates who would buy his latest volume, The Ghost Notebooks, out of pity (and to prevent Dolnick, a resolute promoter-cum-novelist, from barraging them with endless texts urging them to attend every Dolnick reading within easy access of the L line).

Dolnick had written four previous books, which not many people had read outside of fatigued bookstore clerks who were obliged to read everything written by anyone who wrote and lived in the Brooklyn area. They rightly resented yet another ho-hum 300 page offering from another goddam white dude. “Haven’t these white men had their time?” they asked themselves. And some of them were white. And some of them were men. But it was not self-hatred that motivated their ennui, but rather the sense that something was severely missing within the publishing ecosystem. All who read in New York had become quite exhausted by the limitless and often superficial chronicles of white men so abundantly championed and repugnantly propped up as True Literature for many decades, even when the goods rarely matched the hype. Even though the VIDA warriors had exposed the bankrupt patriarchal bias that had fueled the publishing industry for far too many years, white males were still being published. But none of these bookstore clerks had ever encountered the likes of Ben Dolnick! Ben Dolnick would show them all that he was a white male novelist who mattered! Even though he had nothing much to say at all. Ben Dolnick would show them all that flip and superficial views on humankind still demanded a vast readership!

Faced with declining sales on his previous books, Dolnick considered changing his name to Jonathan, but was advised by his agent that this was not a good idea, as the literary world was quite fatigued with Jonathans in general. The Jonathans had stopped winning awards in recent years, although there were certain older men who believed that it was still 1962 who still wrote highly of them in the papers of record, even when the books in question still portrayed women as little more than one-dimensional doormats. With this intelligence, Dolnick adopted a winning strategy! He sought a blurb from Jonathan Safran Foer, believing that a hastily written sentence from this insufferable draw could win him the mass readership for which he had rightly toiled! Did not the fruits of his pen count for something? Surely, it must! For he had nothing else. He was a bespectacled white man in his mid-thirties who looked pretty much like any other bespectacled white male writer in Brooklyn and he possessed a Weltanschauung that was virtually indistinguishable from any other bespectacled white male writer in Brooklyn. It was tough, really tough, being a bespectacled white male writer in Brooklyn. Dolnick, possessing little more than a generic look and a generic oeuvre, was in need of a new way to get his generic ideas and his generic fiction –most important fiction of our age! – into the hands of new readers.

Dolnick had a contact at The New York Times. They had just published an offensively superficial article on a Nazi written by a white male. Superficial articles about fascist white males written by white males were now the Gray Lady’s bread and butter. It aggravated people on Twitter and was a cheap tactic to keep the New York Times in the headlines. But Dolnick saw an opportunity! He cast aside his half-hearted liberalism (Who had he voted for in the last election? Dolnick could not recall.) and summoned his shaky understanding of Buddhism and pitched the valiant editors at The New York Times‘s Opinion page. Donald Trump! That would be the way in. Being a novelist, he did not have an especially deep or nuanced view about the political situation. He had never attended a rally. At times, it was difficult for him to identify the political party of a particular Senator, even when the television flashed those little Rs and Ds. Could they stand for something else? He knew many businesses that had R&D budgets and he did not know what this meant. Still, blindly stumbling into a situation had never stopped Dolnick before! He was a novelist! And novelists were supposed to imagine!

Dolnick knew little about Trump other than that the President was fond of red baseball caps, allcaps tweets, and was fond of referring to himself in the third person. Perhaps he could empathize with Trump by spending his time referring to himself in the third person. He did not have time to reread Hannah Arendt’s Eichmann in Jerusalem, but he dimly recalled a chapter on the banality of tense. Trusting his infallible white male memory, and not bothering to vet his ideas with his friends, Dolnick progressed anew with the trajectory of his article. He thought of innocuous metaphorical parallels. Baby pandas! Buddhism! Yes, this would win the doubters over! He began to write his article with relish. The words flowed fast. After 400 words, he took a break to rub one out and, after he had relieved himself, he came up with the phrase “Uniqlo-clad lump of meat.” Brilliant! That would show the world that he was more than just a superficial bespectacled white male writer from Brooklyn!

Dolnick had never seen Donald Trump as an enlightened figure before. But as he wrote the final paragraphs of his article, his pants saddled around his pale white legs like an old worn blanket waiting to be donated to Goodwill, Dolnick realized just how easy it was to sell his soul and how malleable his perspective could be. He could treat a man that most of the nation had perceived as a pathological liar and a dangerous madman and an illiterate speaker as a trusted friend, the trusted friend who would help move a few units of The Ghost Notebooks. For hawking books was the novelist’s new Faustian bargain these days. And who would actually care? The editors at the Times, much to Dolnick’s delight, signed on enthusiastically for Dolnick’s hot take – and Dolnick had certainly been quite hot and warm with himself during the act of writing. They slapped Dolnick on the back and said to themselves, “Dolnick, my man! You are a genius! This is the stuff of journalism!” And as more Muslims were banned from entering the United States, and as the middle-class was further eroded with another hastily passed act of legislation, Dolnick smiled, looked into the mirror, and took in the moment of blissfully ignorant Zen. If you were white, male, bespectacled, and living in Brooklyn, you could pretty much publish anything you wanted, even if you knew nothing whatsoever about the topic you were writing about.