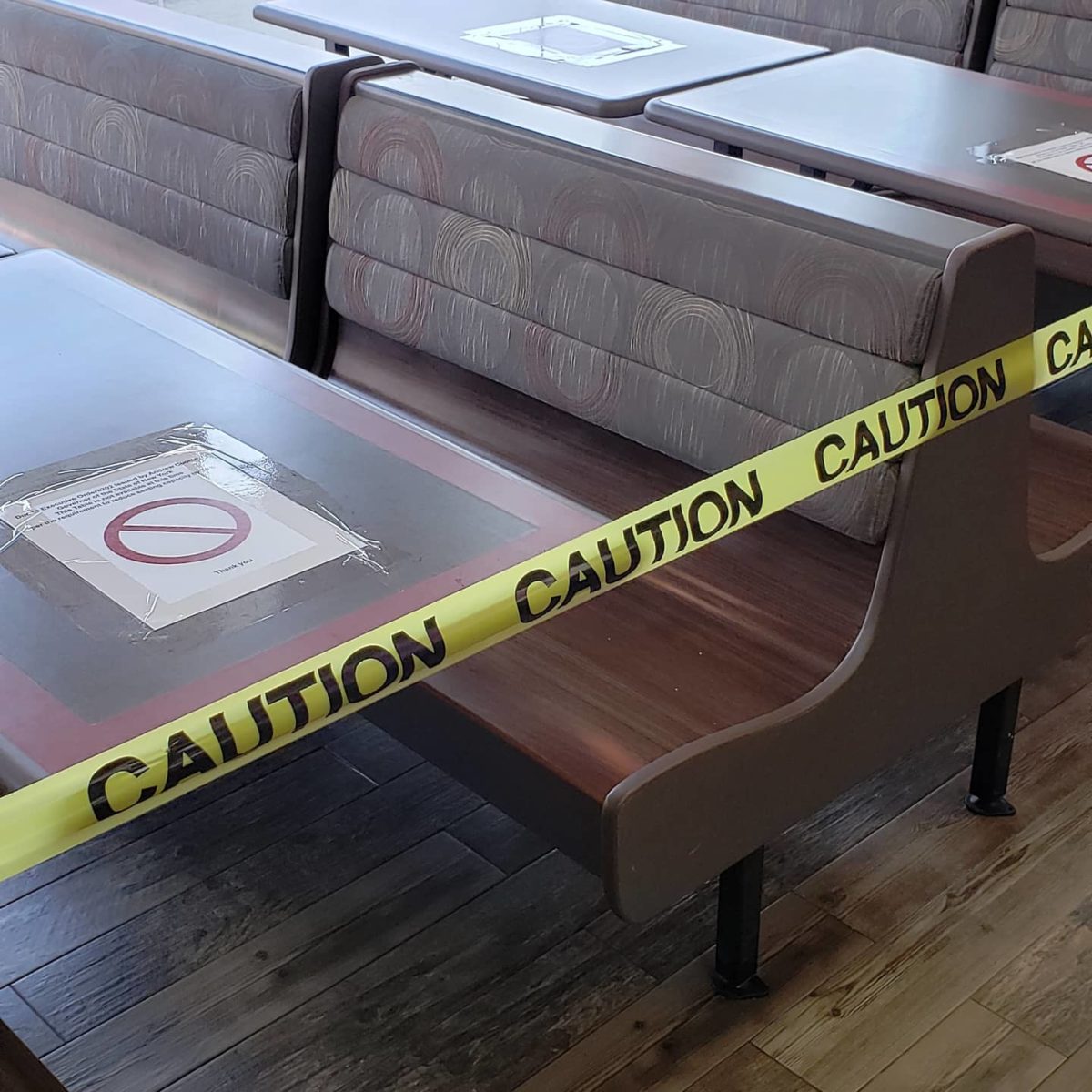 I went out to do my laundry and this is the Brooklyn I observed.

The panic hasn’t quite kicked in, but there is a muted and funereal despair in Brooklyn. You can now more easily spot someone who is under the age of 35 from a distance. They jaunt down the streets with the carefree pep of kids who believe they are immune to COVID. But for the rest of us, there is a slowness, a cautiousness, sometimes a sadness, in the gait. For every stranger could be a carrier. I was received with more looks of suspicion than the norm, with people not only staying physically away from me, but saying nothing in response to my cheery hellos. But for people in the neighborhood that I knew in some capacity, including a guy who works the roti stand who I have a long-running “we’re in a steamy relationship” gag with, there were jokes and friendliness and hellos. The people you know are the ones you can count on. But strangers are increasingly stranger.

The reason I was out was not because I wanted to be, but because, like many residents of Brooklyn, I do not have a washing machine in my building. And I am a big believer in changing your underwear on a daily basis. It took me two days before I worked up the nerve to bundle my dirty clothes. I was out for about 90 minutes, longer than I had been out in the last four days combined. I felt that staying inside the laundromat was akin to playing a respiratory version of Russian roulette. So I decided to go for a wander, keeping my social distance.

Some of the restaurants were shuttered. The ones that remained open — takeout only by city edict — had removed all of their chairs. I observed a long strip of yellow police tape cordoning off booths at a fast food franchise. None of them appeared to be doing any business. And this was lunch hour. But there were kids still working behind the counter. I asked a guy on the register, whose name and restaurant I will not divulge in order to protect him, how he felt about working in these risky conditions. He told me that his boss would fire him if he didn’t work his scheduled shifts and that, on top of this, he was getting some overtime. He needed the money and, like many Americans, didn’t have any savings.

The thing that kept surprising me was how quickly social distancing had turned into a habit of not saying a word to a stranger, almost as if you could catch the Coronavirus by speaking a few words. When I went out into the world to stock up on provisions a few days ago, I encountered an old woman with a sad look, stumbling forward on her walker. I stayed about eight feet away, but I said, “Be careful. And you have a very happy day!” She smiled and told me that I was the first person she had spoken with in three days and she thanked me profusely. I wanted so badly to give her a hug and to let her know that she was not alone. But of course, I couldn’t. Our world is already in the casually cruel practice of letting the old die on their own. The increased and justifiable fear of passing along the virus to someone over the age of 60 has only hardened this habit of isolating ourselves from the truth of our inevitable fate.

The man who ran the laundromat had reduced his hours and placed many signs warning people about the virus. He wore a facemask. I noticed that his family wasn’t there, as they often were. It was just him, doing his best to keep his small business running. When I took out my laundry, I was sized up by a few nervous people who also didn’t want to sit there. Aggressive glares. Don’t come near me. It was quieter than usual, as most of the city now is, with only the television blaring warbling news from the wall. But it was the beginning of a new way of life. Don’t trust strangers. You don’t know what they have. The devil you know is better than the angel you don’t. In this new and unprecedented time of staying inside and self-quarantine, how many people will suffer not from a deadly flu but from loneliness?