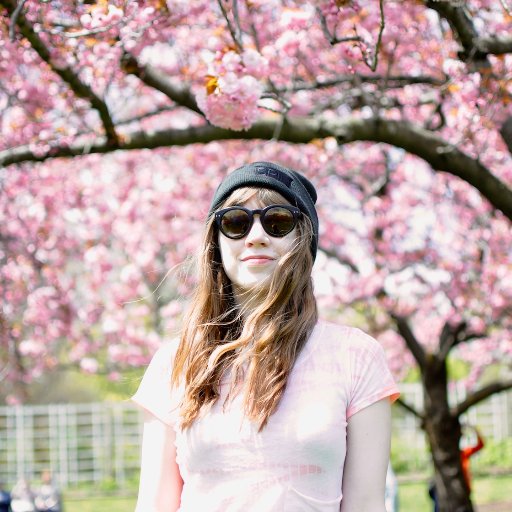 The ridiculous level of hatred towards Imagine Dragons, fueled in part by a needlessly vicious Spin article, represents another sign of Internet vitriol substituting for common sense and basic humanity.

To read a piece of needlessly hostile “journalism” is to be a victim of circumstance — of unimaginative hyperbole, petty music nerd hatred completely disproportionate to, oh say, Trump’s racist speech last night, and other mediums where faux sophistication is derived from an outrageous sentiment, and does this fucking sentence ever end, and are there even copy editors at Spin to confiscate the endless clauses and the glaringly atrocious syntax, and is this even a sentence or a question. Spin regrets the error.

I could spend the rest of this essay thoroughly satirizing Anna Gaca’s hate-infested piece on Imagine Dragons. It’s easy as hell. But I won’t.

You probably came here for a hit piece. You came to follow the rabbit hole. You came to fritter away your time, perhaps seeking an inconsequential expression of enmity to make you feel superior to other people. Especially famous ones.

Well, I’d like you to consider instead a strain of Internet vitriol that you may very well be participating in, recently seen in a warped attack on the band Imagine Dragons.

Now I like Imagine Dragons. I’m far from a hardcore fan. Imagine Dragons is never my first or even my ninety-eighth choice when listening to music. But I have performed their song “Whatever It Takes” at karaoke to appreciative audiences. Imagine Dragons is a completely mainstream but perfectly respectable pop rock band. What was the band’s crime against humanity? To be successful and thus played everywhere. In supermarkets. On Lyft rides. On radio stations. I once heard “Radioactive” on the telephone while I was on hold. The band’s offense is to be inoffensive. Ubiquitously inoffensive.

So when the band bombed on Monday night during a college football halftime show in Santa Clara, California, the Internet pounced on Imagine Dragons and singer Dan Reynolds as if the new Nickelback had at long last emerged from some demonic realm beneath the earth. It was aided and abetted by Ms. Gaca’s Spin article, which gave many license to hate further upon a band that had done nothing wrong other than perform a bad set and have its music played over speakers seemingly against the public’s will. Or, as Ms. Gaca herself phrased it:

Since 2012’s breakthrough “Radioactive,” dynamics have been their blunt-force instrument of choice, each new single crashing through the hyperreality of pop radio to pound another bland hook into a powerless public.

The hyperbole here, driven by words like “blunt-force,” “crashing,” “pound,” and “powerless,” is truly ridiculous. First off, the public is not “powerless.” They can choose to not listen to Imagine Dragons. They can refuse to buy Imagine Dragons’s albums or see them live. They can politely ask the Lyft driver to turn the radio off if Imagine Dragons comes “crashing through.” I’ve done this myself with other bands. It neither impacted my Lyft rating nor did it result in acrimony. Furthermore, what could be more pedestrian and quotidian than pop radio? There is nothing “hyperreal” whatsoever about listening to Mark Ronson’s “Uptown Funk” for the fifty-seventh time while grocery shopping. It is far from surreal and it is about as normal as you can get. To summon this bizarre level of rage and to suggest that there has been some violent imposition comparable to being viciously attacked in the streets by a thug are the telltale marks of a writer incapable of conveying a reasonable opinion.

Every band has an off gig. Every person has an off day. There isn’t a human being walking this earth who hasn’t made a mistake. And if you’re the kind of person who is just waiting for someone you despise to screw up, what does this say about you? Wouldn’t that time be better spent creating or making something? Or perhaps basking in culture that you enjoy or hanging out with friends that you do like?

I can’t imagine the level of pressure on someone like Dan Reynolds to be flawless at all times. But I really warmed up to the guy after seeing his Instagram videos:

In these three videos, Reynolds is honest, sensitive, kind, strong, and objectively decent. How could you hate the guy? Even if you don’t like Imagine Dragons. He is, in short, a human being.

As for Anna Gaca, I don’t hate her at all. But I now know who she is and how she writes. And if I ever see her byline on an article, I’m not going to read it.

But I will still listen to Imagine Dragons.

This immediately is added to my pantheon of Brutal Reviews next to Mencken's obituary of William Jennings Bryan well done @tweeasfuck you are a rising star and a shoo-in for hater of the year. https://t.co/WWXFmJkDuF

I realize that Burmilia is nobly sticking up for a fellow media colleague. But there is a salient difference between the two writers. Mencken used tangible examples to uphold his opinion, such as Bryan’s waffling on Prohibition, whereas Gaca invents bizarre conspiracies such as the “‘recognizable young rock band’ benefits plan.” (And the original version of Gaca’s piece contained a prominent factual error about the Grammy Awards, which was later corrected by Spin.) Imagine Dragons, much like anything, is fair game for criticism. The question here is why the band requires such an extraordinarily aggro response completely disproportionate to its professed sins.

Mencken: “But what of his life? Did he accomplish any useful thing? Was he, in his day, of any dignity as a man, and of any value to his fellow-men? I doubt it. Bryan, at his best, was simply a magnificent job-seeker. The issues that he bawled about usually meant nothing to him. He was ready to abandon them whenever he could make votes by doing so, and to take up new ones at a moment’s notice. For years he evaded Prohibition as dangerous; then he embraced it as profitable. At the Democratic National Convention last year he was on both sides, and distrusted by both. In his last great battle there was only a baleful and ridiculous malignancy. If he was pathetic, he was also disgusting.”

Gaca: “And there’s hardly a safer way to hold market share than being traditional enough to capitalize on the Recording Academy’s ‘recognizable young rock band’ benefits plan (they were nominated for two more Grammys in 2018), yet flexible enough to bend wherever the whims of popularity dictate.”