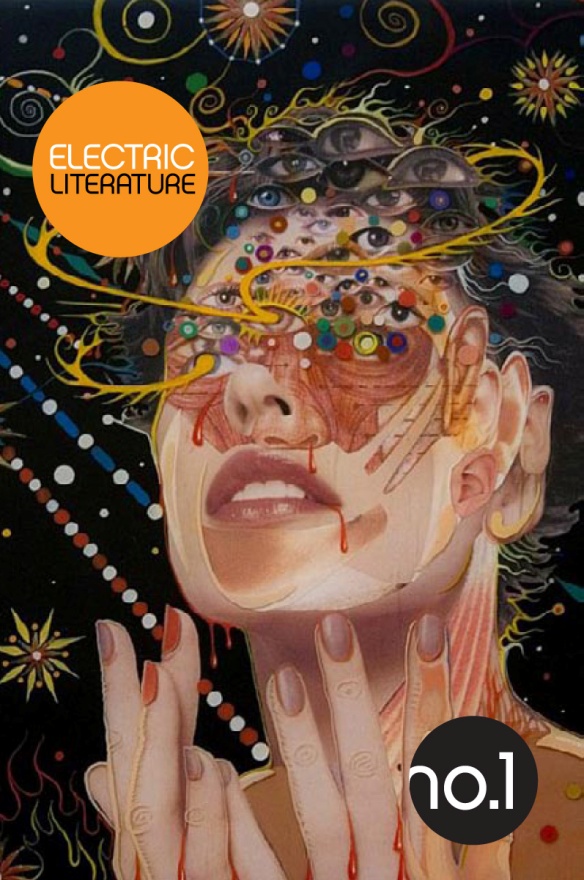 Hot off the success of its Stuff My Muse Says Twitter contest, the innovative literary journal Electric Literature has announced an even briefer fiction writing contest that confines a story to one word.

“Fiction isn’t concise enough,” said Electric Literature editor Andy Hunter. “We want to prove that you can tell a story in less than 140 characters.”

To add sauce to the goose, Electric Literature has offered several prizes and arranged for the famed editor Gordon Lish to personally berate any fiction writing aspirant who dares to write a story including two or more words. But this second part of the contest, called Stuff My Lexicon Says, has proven problematic. There have been numerous reports of Lish running around New York, setting fire to unabridged dictionaries in libraries and bookstores and screaming at confused kids staring at laptops in cafes.

“We were glad to get Gordon to do it,” said editor Scott Lindenbaum, “but if we’d known how much of a closet nihilist he was, we probably would have asked somebody else.”

Asked if one word could sufficiently convey a narrative, Hunter and Lindenbaum both pointed out that you got a little story every time you looked up a word.

Added Lindenbaum: “And if you stare at a word long enough…”