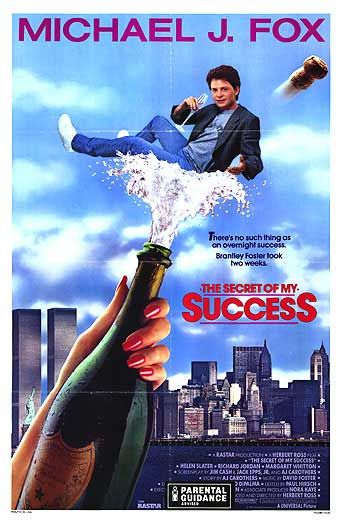 Now imagine living a life, like Elizabeth Gilbert, in which you’re convinced that your greatest success is behind you. That seems to me a boring and not particularly ebullient existence: you’re holding onto a trajectory in which you’ve done the best you can and there isn’t anything better that you can do. You’ve hit the big time, and that’s it! Finito! It’s all downhill from here! But at least some elitist organization meeting out in the middle of nowhere will pay you a good sum of money to speak to a bunch of people who seem to believe they are successes based on a few large sums they’re filling into the blanks of their 1040s. And it’s all a bit confusing because the speaker has already reached the highest form of success possible! And the people who are gathered together at the secluded retreat have already predetermined that they are successes, based on being better than the sad Joe Sixpacks who must settle for the YouTube videos kindly distributed on the Web. I suppose, if you’re Gilbert or one of these dutiful attendees, you’re not really planning on being a better success, or the success that you have is somehow proportional to the amount that is in your checking account. But is that really success? Or is that boasting? And since boasting falls into that regrettable terrain occupied by arrogance, are the TED folks, in this particular instance, arrogance enablers?

Is it becoming for any artist or curiosity seeker to boast about any particular success? Or to put a final value on what success is? Is success, as Booker T. Washington once suggested, something to be measured not by the position one has reached in life, but through the obstacles that a person has overcome? And is it not incumbent for any decent person to create new obstacles so that success becomes meaningless? (Eat, pray, and love all you want. But if your soul is hollow and solipsistic in the first place, you’ll never get anywhere.)

By that measure, success becomes something unmeasurable and, in all likelihood, unattainable. It’s a bit like an experiment that the Caltech folks spring on first-year students. The story told to me about two decades ago is this: You put a girl at the end of the gym. You tell a group of boys that if they can get from one end of the gym to the other, they can kiss the girl. But the deal is this. They must constantly move one-half the distance that they started out with over a series of stages. Now it seems at first, particularly in the early stages, that you’re going to get to the other end of that gym. But, of course, as we all know, if you’re constantly moving one-half the distance, you’re constantly splitting the distance. One half becomes one fourth becomes one eighth becomes one sixteenth. You get the picture. But the incentive to kiss that girl — perhaps similar to the value of success we’re bandying about here — overwhelms any rational sense. You’re never going to kiss that girl if you constantly move forward by one half of the distance with each move. But perhaps you will if you never agreed to this condition in the first place.

Success then, like the Caltech experiment, is one of those tricky yardsticks that really doesn’t amount to a hill of beans if you’re quite happy putting your efforts into evolving, trying to get better, creating more obstacles. The honest person in this situation will tell you that she really hasn’t a clue as to whether she’s a success or not, because the honest person is forever shifting. Not letting some weird economic qualifier hinder or destroy what she does. Not letting some mythical unit called “success” put a cap on what she does. Casablanca, as we all know, was just a studio picture. It’s a fine motion picture, but it wouldn’t have happened if Michael Curtiz and everybody else had worried about how much of a success it should be or whether it represented the maximum amount of success that the cast and crew would ever obtain.

Such a burden seems counterintuitive to the wonderful impulse of being. Why should a subsequent failure matter so much because it follows a “success,” if, after all, the person working on the project is simply pumping the work out in the same daily manner performed in producing the “success?” (Unless, of course, there was never any plan to be distinct in the first place, and a convenient “book advance” permitted the person to live in a sad bubble.) Is this the way that we ferret out the frauds? We’re fond of penalizing the “lesser” work, when we really should be looking at the person’s entire trajectory. The real element to be concerned about here is the person who refuses to set up obstacles, the individual who settles into a declivity rather than fails quite naturally (and accidentally) in the act of producing more work. The person who takes the check to spread misinformation. The type who doesn’t understand that risk and failure are virtues. The austere soul who refuses to hop on board the wild rollercoaster of life.