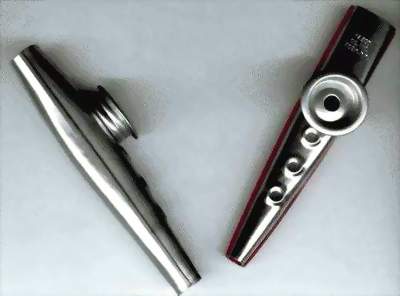 I am thinking about thinking, and I wonder if I am truly thinking. If my brain is attaching itself around a concept and that concept is little more than the exploration of a concept, then the brain has failed. The will is vitiated. The body is more expired than a Kleenex used to wipe off precious fluids expunged after stroking the salami.

I cannot make up my mind. It is very possible that I am thinking, and yet I remain skeptical of the thinking process, and I wish to blow the kazoo.

I do not have a kazoo.

I cry because I do not have a kazoo. I am looking around for Kleenex. Seeing none, I settle for three sheets of toilet paper. It is enough to wipe away my nose. I suspect that I will weep even if some kind soul gives me a kazoo. The kazoo, which I covet, will not be used.

I still do not have a kazoo.

I am in a masochistic frame of mind.

Perhaps I will ride the subway with the kazoo I do not have. Rather than think about thinking about thinking, I will perform a very single action, tapping some illusory instrument with which to announce my presence. I will identify myself with the buskers who ride the subway and ask for money. I will be denied money because I do not actually have a kazoo. I will be denied money because I am merely pretending that I have a kazoo, because I am angling my metacarpals and emitting a high-pitched tone curling my lower lip and it is not actually me playing a kazoo, but me pretending that I am playing a kazoo.

This is an important essay. You must read it and link to it and retweet it because it is very long and because it is split up into sections. Because it is profound. The world needs content.

I have shifted away from Roman numerals to the more informal Arabic numerals in order to prove a point, even though I have failed to cite the terms of my argument, much less a thesis. What’s important here is that this essay is important, that it is categorized, and that there are personal stakes involved (see the kazoo thought experiment in Section II). I am not so much thinking about thinking, as I am writing. Some thought is going into it because I am expressing myself in a protracted manner. It is vital that you believe this.

Wikipedia defines the kazoo as follows: “a wind instrument which adds a ‘buzzing’ timbral quality to a player’s voice when one vocalizes into it. The kazoo is a type of mirliton – a device which modifies the sound of a person’s voice by way of a vibrating membrane.” What I am doing in this important essay is playing a wind instrument that does not exist, except within the confines of my own mind, which I deem neither superior nor inferior to yours. I am not being paid for this important essay. This important essay is not running in a newspaper. I regret these two conditions, because surely if I had satisfied them, then my essay might be viewed as more important than it is. It may be construed as “self-important,” because I am writing about my seemingly lonely condition — which may be real or illusory. But even if the kazoo is not real, I’d like to think that I’m buzzing. And if I am not buzzing, I will work something out this evening to ensure that a few tallboys give me the desired effect.

The essay is a type of mirliton – a device which modifies the sound of a person’s voice by way of a vibrating membrane. “Mirliton” sounds suspiciously similar to “Merlin.” Therefore, I can accept the delusional possibility, even if I don’t entirely believe it, that I am buzzing a bit of magic. But what I believe is not the important factor to take away here. An essay is only important based on how much the reader is willing to impute importance to it. All I have to offer is a vibrating membrane.

The next section will shift back to Roman numerals and will be accompanied by a picture of two metal kazoos.

The kazoo picture pleases me. It keeps me off Twitter and Facebook. It causes me to expend more needless words. It inspires me to look for kazoos that are not made of metal. It inspires me to stop playing the imaginary kazoo with my hands. But then I have not left the house yet. This was only a fancy. I can only imagine my debasement as a prospective busker, but I have not acted upon that possibility.

I’ve now typed the word “Beckett” three times, and, by now, you should be thoroughly aware that name-checking Beckett, even though I have not quoted from him, should add some additional intellectual heft to this essay. I’m now very serious, because Beckett is on the mind. I won’t go into why Beckett is on the mind. I won’t even deign to quote Beckett. You’re probably thinking that I’m thinking about the Beckett that is tossed around in grad school courses. But I’m not. Or am I? How many sad bastards who come out of the womb with the surname of Beckett are forced to live up? If there is a reader named “Beckett” here who is facing this sad predicament, who has been reminded of Molloy or Waiting for Godot and who has been forced to endure these associations over the course of a lifetime, I will hug him or her. And if they are not in New York, I will email them some equivalent of a hug. Or play them some melody on my imaginary kazoo. Because it is important that you view my gesture, my solicitude, my daring effrontery here as sincere.

[To be filled in later]

There are pivotal questions to be answered here. Should I stay off social networks? Should I have chicken or eggplant parm for dinner? Should I sit in my chair naked or should I put on some clothes? Each of these binary values is subject to some infelicitous indecency. This decency is measured against the metrics of a man in Texas whom I cannot name. He is reading this important essay right now and he will be sending me notes. He will offer a summary of my argument, along with additional questions. He will post this on his blog. There will then be comments, arguments, and someone will cry. Hitler will be invoked at some point during the discussion. Godwin. You have to hand it to him.

This important essay will be quoted and mashed up and ridiculed and rejoined. Or it will be ignored. Does it contain an intellectual argument? It does. It doesn’t. There are certainly some gems deliberately buried in here, but you will have to look for them. And while you are looking for them, I will creep up behind you, steal your wallet, and play my imaginary kazoo. I will obtain my remuneration by illicit means, but I will be remunerated. In fact, you may want to check your purse or your wallet right now. You’ve already devoted a good five minutes of your time reading this essay, looking around for a point. The point has been belabored.

As Tolstoy once said, “Historians are like deaf people who go on answering questions that no one has asked them.” I am a historian and I am going deaf. I have played my imaginary kazoo and the notes no longer make their way into my ear canal.

Not to be confused with the first section.