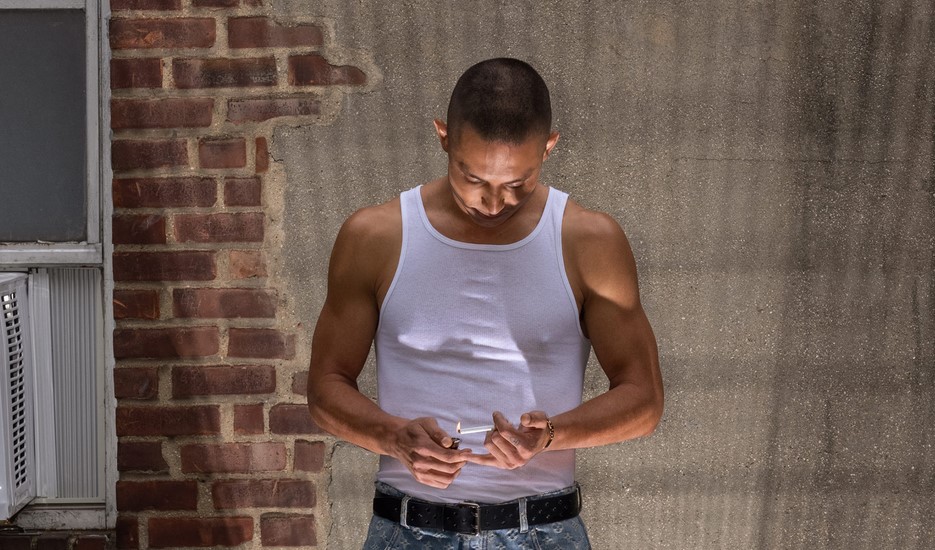 Sean Thor Conroe’s Fuccboi has been taken to task for its alleged plagiarism. But this is really more of a case of commonplace literary influence. The manufactured “controversy” is built on resentment and it’s a waste of everybody’s time.

I decided to read Sean Thor Conroe’s Fuccboi — released this week — on the basis of a controversy that erupted last summer. Conroe had allegedly appropriated the work of Sam Pink. I’ve exposed plagiarists before. I’m always happy to do so again. Plagiarists are great enemies to anyone committed to creativity and originality.

But I’ve compared dozens of passages from Fuccboi against Sam Pink’s work just to be sure. Fuccboi isn’t a plagiarized work. It definitely owes some influence to Sam Pink. But it’s hardly the grand theft that Pink advertised it to be.

Fuccboi is an okay book. Nothing special. Not really all that “fearless” — to use a buzz word that’s been tossed around by the hype machine. I didn’t love it. I didn’t hate it. It just didn’t grab me. I honestly don’t care enough about the book one way or the other to write an expansive opinion.

The Conroe-Pink controversy is actually something far more cliched than an act of plagiarism. It’s a case where someone who deserves more success complains about someone who actually has success. A tale as old as time, except with an eager social media poised to pounce on the key players.

This was something we saw with the controversies that have plagued Kristen Roupenian. Roupenian had great success with her short story, “Cat Person,” which appeared in The New Yorker and went viral. She then netted a $1.2 million advance and an HBO development deal with her collection, You Know You Want This. And the weirdest thing about the reviews is that male reviewers were largely okay with the book while women went ballistic. Why? Because they were resentful. They were the ones who deserved all the gravy! In The Washington Post, Emily Gould devoted most of her “review” complaining about Roupenian’s success, even writing, “I felt absolutely enraged by its weaknesses.” Enraged? You’re just angry because you didn’t land the big book deal. Then, last summer, Slate stepped into the manufactured media smackdown and published an essay from Alexis Nowicki pointing to certain details that Roupenian had inadvertently plucked from her life. Turns out that Roupenian met up with a man who had a much younger girlfriend (Nowicki). She heard some of the details and used her imagination to jump off from them with “Cat Person.”

Now this was hardly Wallace Stegner plucking verbatim from Mary Hallock Foote’s letters in Angle of Repose. But apparently it was enough to enrage Nowicki. Nowicki emailed Roupenian and Roupenian replied with a considerate note of apology.

But come on now. As Lauren Groff tweeted in response to the Roupenian social media uproar, “I have held every human I’ve ever met upside down by the ankles and shaken every last detail that I can steal out of their pockets.”

Which brings us back to Conroe and Pink.

On August 15, 2021, Sam Pink published a blog post, claiming that Conroe completely stole his style and publishing correspondence between him and Conroe. “You’ll see the influence,” wrote Conroe to Pink. “My only hope is you won’t feel it to be flagrant. That you’ll view it as flattery. As gratitude. People go around with this idea of originality, where they tryna front like they got no influences. My shit is, fkn draw from everything you fuck with most. But then shout out who you fuck with. Pay homage to the Ogs.”

But Pink certainly didn’t see Conroe’s email that way. In his post, Pink wrote, “In addition to him admitting it, there is similar slang in the book, it’s divided in seasons like garbage times, the opening is very similar to garbage times, he even uses the trick from person where a word scrolls through his head.”

Conroe’s novel certainly has a loose nod to the structure of Sam Pink’s The Garbage Times. Both novels open in January. Like Pink, Conroe is fond of using truncated and often verbless one-sentence paragraphs to generate reading momentum. And he did indeed “use the trick” from Person.

But is this outright plagiarism? On the level of Robin Thicke and Pharrell Williams ripping off Marvin Gaye? No. Anyone who reads knows damned well that authors test out their own spins on other author’s stylistic tricks. Pink himself is no exception.

In The Garbage Times, Pink shows, to my mind, a clear debt to Martin Amis by including a ruffian named Keith — a wastrel with “slicked-back hair and a boiled-looking face” and “tiny busted teeth.” Amis, of course, has slicked-back hair, has had dentition issues, and, of course, included a memorable scoundrel named Keith Talent in his very underappreciated novel, London Fields. Amis’s Keith wears a silver leather jacket. Pink’s Keith wears a leather trenchcoat. Amis’s characters in London Fields smoke half-cigarettes and Pink’s Keith also smokes a half-cigarette. Should Amis raise a stink against Sam Pink? Of course not. That would be ridiculous. Especially for a man of his age and renown.

This is really about resentment.

And, look, I get it. I’m not a jealous or a competitive person. But during moments in my life when I have felt devalued and hopeless, I have become pissed off when mediocre “talents” who have hurt me in monstrous ways go on to have success. A pair of two-bit lowlifes in the audio drama world who led a vicious campaign to defame me get their audio drama adapted into an awful Netflix TV show? What the fuck? It’s only human to feel upset when your hard and careful work is devalued and underappreciated and someone else comes along and reaps all the success and riches that were seemingly denied you.

But moments like this are incredibly rare for me — usually arriving at the worst and most depressing moments of my life. I’m too busy focusing on getting better at my craft. That’s what I can control. I have no sway whatsoever over who gets selected to shoot into the stratosphere. And I try not to pay too much attention to it. It’s a waste of time and energy.

Sam Pink is a talented novelist who should be more widely read. Personally I feel that he has far greater talent than Conroe. And it’s criminal that he didn’t land the coveted $200,000 publishing deal.

But it’s a waste of time to let someone who is successful — especially someone who isn’t all that talented — live rent-free in your head.