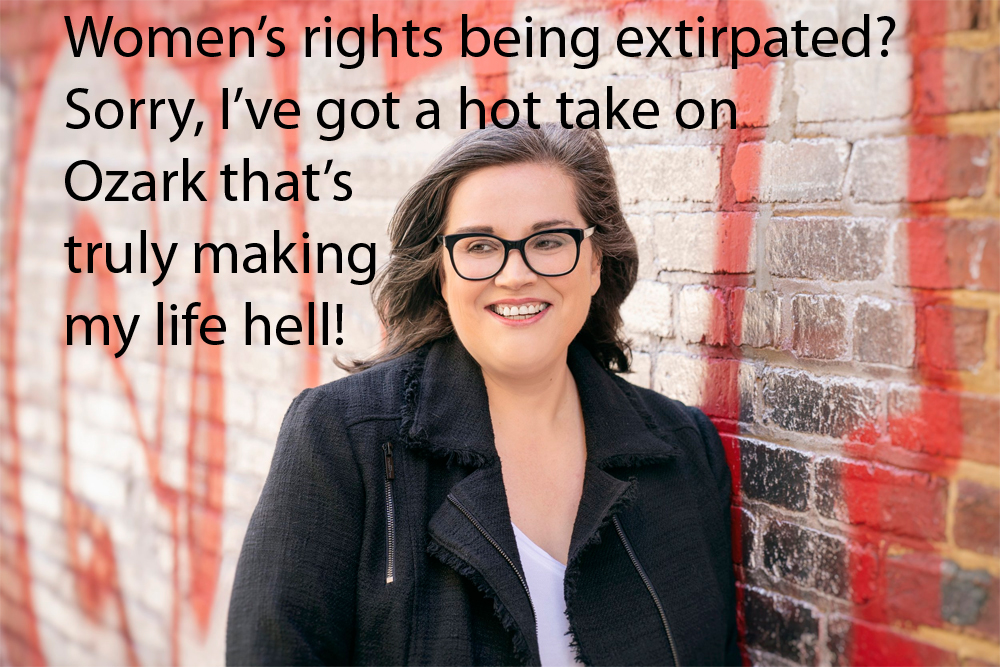 One big reason why a Roe v. Wade overturn is likely to happen isn’t just an extremist Supreme Court. It’s also the apolitical fools who try to distract the American public from big issues with celebrity “news.”

Last night, Politico leaked a draft opinion from the Supreme Court — the first time that any early ruling had ever escaped the sacrosanct chambers in the high court’s entire history — that called for the unthinkable: a complete and total overturn of Roe v. Wade (and Planned Parenthood v. Casey). One would think that such an astonishing calumny against women’s rights, the precedents upheld by all justices in the past, and the ostensibly noble practice of jurisprudence would be front-page news for every outlet. One would think that such a significant sign that patriarchal fascism can become a real possibility in the United States would take up every column-inch and every second of airtime. But don’t tell that to the gutless onanistic “minds” at NPR, who took to Facebook with a piece on the Met Gala! Because, as far as NPR is concerned, rich people and what they wear is real news. And women are merely ornamental animals to fuel the next several rounds of vacuous social media speculation. Never mind their rights. Never mind their lives. Never mind their agency. And never mind the fact that all that they bravely fought for in the last several decades is now being rolled back faster than the time it takes to microwave a Hot Pocket.

Let us be clear about why and how NPR is a dumpster fire. It is a radio organization run by toothless conformists with a long history of looking the other way while catering to an increasingly invented audience of “upper middle-class” listeners with oodles of spare time to devour every celebrity offering (when these privileged mouth breathers aren’t busy sucking up air) and, as any audio producer learns from the whisper circles of mailing lists and DMs, regularly in the habit of stifling and “correcting” any original or unique voice to suit its despicably vanilla and anodyne “coverage” of events, which challenges no one and reveals nothing.

It’s no surprise to see that this bullshit outlet — now a pathetic parody of itself — would rather prioritize an obscene display of vacuous spectacle and empty wealth over far more pressing issues such as the erosion of women’s rights, the rise of American authoritarianism, the growing disparity in income inequality, escalating international conflict, and political corruption — all of which are allocated mere snippets. In short, NPR is a fucking embarrassment to journalism and a significant part of the problem. It “serves” the public much as I participate in triathlons — which is to say not at all. These feckless dimwits lunge for the safe and sane. They never take chances. They never rock boats.

NPR’s superficiality is perhaps best represented by the smug and vapid talking heads on Pop Culture Happy Hour, who bray regularly about the most inconsequential offerings on television with a mildly snarky style that feels as antediluvian as the Tamagotchi. As of Tuesday afternoon, Pop Culture Happy Hour “star” Linda Holmes has said precisely fuck all about Roe v. Wade to her 139,000 followers on Twitter. You see, Linda Holmes is living a comfortable life and she’s eked out such a hollow and cozy existence that she’ll never take a real stand on anything. But she does have plenty to say about the Ozark finale, which nobody will give a shit about in twenty years. You see, for myopic mercenaries like Holmes, Ozark counts as real news! Apparently, Holmes’s biggest problem in life is breaking some superficial rule in which she continued to watch a show that she “did not think was actually good because I just wanted to know the ending.” Someone bust out the smelling salts and the fainting couch for poor beleaguered Linda, folks! Meanwhile, the life, liberty, and health of women have become significantly imperiled thanks to extremist justices who were anointed by an orange tyrant and his fawning sociopathic acolytes.

The reason why we have reached this barbaric nadir in our history is not just because highly gullible and treacherous dolts like Susan Collins actually believed (or, more likely, claimed to believe) that Brett Kavanaugh would honor Roe v. Wade, but because frivolous and completely useless lightweights like Holmes, who have never taken a real chance in their sad and miserable lives, continue to uphold the apolitical status quo. I can genuinely imagine Linda Holmes ratting out liberals as they’re sent to the concentration camps in a few years, not long after telling a reptilian autocrat, “Well, officer, she brought up politics at the dinner table!” By remaining silent about the Roe v. Wade overturn, Holmes — much like all NPR employees who say nothing — is among what Goldhagen called “willing executioners.” And these unprincipled cowards are as much of a menace to our culture as the people who take our hard-won rights away. For hell hath no fury like that of the uninvolved.

[5/9/2022 UPDATE: In fairness to Holmes, she did finally say something in a thread involving Danielle Kurtzleben on May 6th, 2022 — a good four days after the Supreme Court draft opinion was leaked. But she largely complained about how exhausting it was to say anything — as if anyone presently on the involved front lines isn’t exhausted! Exhaustion doesn’t mean that you stop fighting. And when human rights are on the line, you don’t show up four days late to the debate.]