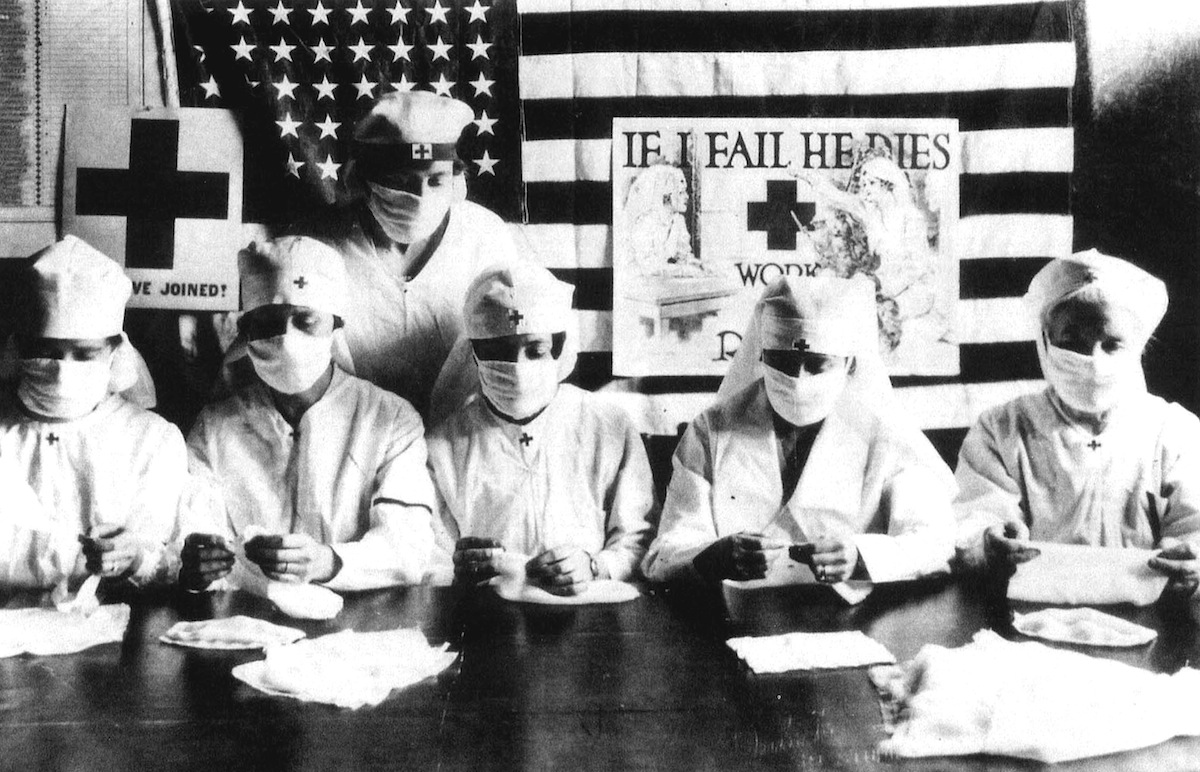 We commissioned noted survivalist Horace Flipperbottom to offer his thoughts on the Coronavirus.

[Reluctant Habits recently reached out to Horace Flipperbottom, a former Department of the Interior official and author of the memoir, Twelve Years in a Bunker: How I Had Fun While Living as a Recluse, to get some thoughts about what to expect about the Coronavirus strain now sweeping the world.]

Some may view the Department of the Interior as the government’s answer to an unwanted cable channel that is part of a promising television bundle. Sure, you’re never going to watch our shows or even know the type of television we produce. But you can’t deny the fact that we are here. Anyway, I served for sixteen years in the Department of the Interior. Sure, nobody noticed me when I rolled in late to work and, on Fridays, my coworkers never asked what type of wild weekend plans were ahead of me. But I did serve as a government official nonetheless. And this has to count for something! So when The Atlantic came calling, asking me to express some thoughts alongside my DHS colleague Juliette Kayyem, I was more than happy to tell them to stick their invite where the sun don’t shine and take up Mr. Champion’s more enticing offer to speak my mind here. (Mr. Champion, knowing of my great passion for mini golf, was kind enough to offer me a $25 Scandia Fun Center voucher for my thoughts, even though I cannot use it during these tough antisocial times.) Sure, they laughed at me not long after the Y2K virus hit and I holed up for a dozen years in a bunker with thousands of cans. But, dammit, I’m alive! And because I am alive, this makes me very well qualified to speak about what to expect with the disease known as COVID-19. Because staying alive when you know there’s a minor chance that a lot of people could die sooner rather than later is, as my job recruiter has informed me, a skill that you want to highlight on your resume.

I’ve been urging people, in as calm a tone as I can muster, to listen to the experts, advising people about the benefits of never talking to another soul for twelve years. Advice like mine is meant to be empowering, but now I fear it may also be misleading. Because avoiding people just isn’t going to cut it. You need to view anyone other than yourself as a potential COVID-19 carrier. Other human beings are your enemy. If America believes that life is going to continue as normal, they may be wrong. They could also be right. But when you look at any probability figure, the important thing to remember in this grand game is that your only guarantee of living during a pandemic is to exist with the odds stacked in your favor. And if that means living a joyless life without people and firmly committed to paranoia, so be it. The facts are these: You could catch the Coronavirus from anyone. You should probably be sitting on a gigantic stockpile of toilet paper and alcoholic hand sanitizer, even if you have to rob a Costco warehouse and take out a few people during the heist. You should learn how to fire guns in the event that someone catches onto the fact that you have more toilet paper and hand sanitizer than anybody else. It’s a simple Darwinian formula. Survival of the fittest. Those who know how to keep a fresh roll of soft Charmin near the bunker toilet for twelve years are going to come out of this just fine. Plus, you’ll be able to touch your face without feeling self-conscious.

Disruptions are almost certain to multiply in the weeks to come. You will have more reason to reconsider some stranger on the subway scratching his ass as a diabolical threat to your health. They’re canceling conferences and gatherings not out of panic, but because, even if we didn’t have the Coronavirus to contend with, the human race was long overdue to test out a protracted period of not socializing with each other, perhaps bonding over endearing videos uploaded to YouTube featuring cats attempting to live out their luxurious lives while wearing face masks.

Aggressive steps are essential to protecting the public from a virus that could be deadly or that could be a temporary footnote in our culture, perhaps momentarily popular like Foster the People’s “Pumped Up Kicks” or La Roux’s “Bulletproof.” Yes, people will still perform these one hit wonders at karaoke years later and wonder what all the fuss was all about. But for those of us in know, we will be able to say to the COVID-19 virus, “You may have been temporary and inexplicably popular, thanks in part to the willingness of media to cover you in ways that caused these songs to infect the minds of most people who were surfing the Internet while bored at work. But we took you seriously when you endured! And we will never forget you!”

I live in suburban Massachusetts. When I emerged from the bunker, I built a frighteningly enormous home with aggressive air purifiers, one protected by towering walls filigreed with painful barbed wire. I vote by absentee ballot and my vote is often Republican. I don’t leave my home. I don’t take any chances. I stopped taking chances when I realized that leaving my fortified compound involved minute but nevertheless undeniable risk. I am insulated by vast wealth. My neighbors are white and male and libertarian. Many of them have gone through divorces, but they still live lonely yet meaningful lives. My neighbors and I communicate by telegraph. We’re doing what we can to keep Morse code alive. My neighbors and I will never again set foot in the real world. We’ve been waiting for something like the Coronavirus to happen for a long time. Some may say that being part of a rich and sheltered elite is a bad place to be as you’re speculating about what may happen to the American people. But the way I see it, you have two choices. You can leave the house and risk the possibility that you can die. Or you can die on your own antiseptic terms.

The fact remains that we’re all going to die. It’s just a question of whether or not we want to risk the low probability of dropping dead in the real world or kicking the bucket on our own terms. As I write this, twenty-two people have died in the United States from COVID-19. The National Highway Traffic Safety Administration informs us that 102 people die from auto accidents each day. A death is a death is a death — as I believe the poet Gertrude Stein once wrote. I will never drive a car. I will never leave my home. I will live by taking no risks. Please join me in my noble quest.