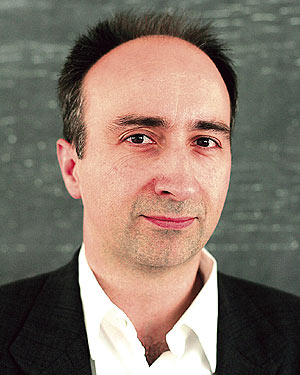 It is difficult to respond to James Wood’s remarkable misreading of Richard Powers’s Generosity without giving away the ending. As someone who respects a reader’s sense of discovery and who therefore stays mum on “spoilers” — a term that I suspect Wood is unfamiliar with — I would not dare give up the ghost. Needless to say, as I anticipated, Wood has again demonstrated his predictably vanilla failings with idea-driven novels. He is once again hysterical, starving and naked in a sad but interesting way, about a novel that is not always intended to be explicitly realist. Wood is certainly a fine literary critic and a giddy finger drummer. He’s been leveled with many needless generalizations about his aesthetic tastes and sensibilities, including Colson Whitehead’s puerile parody. But this latest New Yorker essay simply does not reflect his apparent good faith efforts to adjust his own opinions and prejudices.

To wit: Surely the many fades closing Generosity should have offered Wood a clue as to what was going on. Here is a novel that not only depicts why we are drawn to fiction, but why we are seduced by information. If Wood hasn’t been trawling along the edges of social networks in the past few years, then he’s missed out on some of the more pointed potshots on online authority. If only Wood had familiarized himself with Technorati’s definition, he might have understood some of the metrics at work here. (And indeed, Generosity‘s greatest flaw is that it may not date very well.) Surely the clear pisstake of Oprah Winfrey, with the novel’s stand-in given “the power to create instant celebrities, sell hundreds of millions of books, make or break entire consumer industries, expose frauds, marshal mammoth relief efforts, and change the spoken language” should have registered in Wood’s brain as goofy, but nevertheless true hyperbole. Surely the extended sequence when the power shuts off in Chicago, written in a sincere and melodramatic tone, should have clued Wood in that here was a novel in which narrative dichotomies were intended to fuse. Wood has read this book so without care that he makes no reference to the “author” who frequently jumps into this book to announce his presence. “Forgive one more massive jump cut,” this mysterious narrator says early on, revealing what happens to Tonia Schiff. “I have her flip up her window slide and look out the plastic portal,” concludes the passage. And we wonder whether the creative nonfiction here is written by Thassa or by the “author” of the book. If this is all about boxes within boxes, has Powers authored another author? Or is this him? Who’s being generous here? Certainly not Wood. 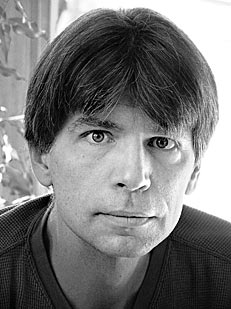 This life of the mind is fun stuff, as Powers has suggested to us throughout his work. But Wood is simply too married to the idea of characters as distinct individuals to smile. From How Fiction Works: “Even the characters we think of as ‘solidly realized’ in the conventional realist sense are less solid the longer we look at them.” The problem here is that Wood has failed to look long enough to see what Powers is up to. As Edmond Caldwell suggested some months back, Wood’s narrow definition of “negative capability” means that we are never permitted to forget that the terms themselves are limited.

While Wood is certainly qualified to write about realist and modernist books, he cannot have the orderlies loosen the straps long enough to understand that Generosity is, like all novels, a fictive construct. In his review, he shows his contempt for books outside his natural affinity by misconstruing “enhancement” for “entertainment.” And Wood’s failure to comprehend that Generosity is a postmodernist con about our present information age’s indignities and expectations — a con that is somehow fair and respectful to the reader, but a con nonetheless — says much about his critical and perceptive limitations in this piece.

Among Wood’s complaints: In one passage, “Thomas Kurton is sketched journalistically, as David Brooks might glance at him in an Op-Ed column.” But how we know Kurton through the written word — in this case, through a laundry list of biographical details — isn’t necessarily how we’d know him in person. And since Generosity constantly reminds us of the novel’s form, the journalistic sketch is part of the point. How can the written word convey all the complexities of life? And why are we constantly demanding more of it? After all, one can say something sincerely, but it may read as hokey when written down.

Wood falls into the trap of generalizing about Powers’s work. All of Powers novels, Wood writes, are double plotted, with the secondary plot “almost always boy-meets-girl, in which protagonists connected to the first plot meet and fall in love or lust.” Would that include Gain‘s secondary plot of a woman suffering from ovarian cancer? As Tom Bissell has noted, Plowing the Dark is more concerned with the inverse relationship between shifting ambition and young love. That hardly fulfills the “boy-meets-girl” proviso. Wood makes no mention of The Time of Our Singing in his essay, and the love contained within is hardly generic. Has Wood even read it?

Wood also points to Powers’s ambition for clarity, and he is right on this point. But he cannot seem to understand that those who inhabit the grand realm of ideas, whether Powers the author or his often brainy characters, are also contending with raw emotions. The day-to-day shit that is subconsciously tied to an active mind. Archimedes’s principle — or, rather, the principle behind the principle — means living a life to come up with an earth-shattering idea. In Archimedes’s case, it was discovering buoyancy while resting in the bathtub. And so it is with Powers’s fiction. This dichotomy is only difficult for the reader if he is morose enough to believe that the quotidian is low voltage. The scientists in Powers’s books talk like scientists because they are presented with the danger of a life with nothing but ideas and vocation. Thus, it is close third person description that reveals the sympathies behind Dr. Stuart Ressler’s nascent problems in finding that fused point, with Gerald Weber experiencing similar dissonance. He kisses his wife while studying the brain. Of course, he’s going to look for generic reference points. But will the reader find the unity before Weber does? The commonplace stuff of life also includes lines like “I’m not yelling” in Gain. Wood’s failure to understand these connective points suggest a critic who is afraid to be taken out of his comfort zone, a man who, despite his mostly dignified engagement, is too suffocated by the realist straps in his straitjacket.

Thank you for that sensible response to my review of Richard Powers’s new novel. It is absolutely not true that I am hostile to ideas in fiction — but if you think the “ideas” in his latest novel are worth much, then we do indeed have a real disagreement.

Of course I noticed all the metafictionality buzzing around the novel — Powers fairly hits us over the head with it. I’d have to be moronic to miss it. But it is very hard to read, let along forgive, a novel that has lines like: “Thassa is twenty-three years old, give or take an era,” or talks about the “travelogue aromas” of her Moroccan cooking. Every page has hideous sentences. Your position amounts to forgiving this kind of atrocious writing on the basis that Powers decided to write the entire novel self-consciously, as if with the pen of a very bad writer who is not himself. I guess it’s possible, and that thought did indeed cross my mind as I read the book. But it would be a pretty stupid thing to do, no? And then one goes back and looks at the much less metafictional earlier work, and finds equally atrocious writing (”mocha locks of hair,” and so on). Perhaps they are all written by alter egos of Richard Powers, programmed by him to write badly?

I think Powers is very brilliant, and very talented, in a way. It is hard not to admire the intellectual intensity of “The Gold Bug Variations.” But despite how daring he is with ideas, he is very conservative about the self, in fact (unlike Michel Houellebecq, say). And, technically speaking — I mean, as a writer of narrative — he is like Dreiser attached to the mind of Pynchon. It makes for curiously hobbled texts. And Dreiser, despite being a terrible prose stylist, has real power, which Powers has only intermittently.

FSG has recently announced a spate of titles for fall 2009. Among the bunch is Richard Power’s new novel, Generosity: An Enhancement, which is set for release in October. As soon as I determine any additional information, I will certainly report it here.

And if you somehow missed out on the comprehensive roundtable discussion of Powers’s last novel, The Echo Maker (which included a contribution from Powers himself), you can revisit the conversation here.

[12/17 UPDATE: I’ve been informed by several sources that the new novel is about the discovery of a happiness gene, which certainly places Power’s recent essay on the human genome in an interesting light. More info as I uncover it.]