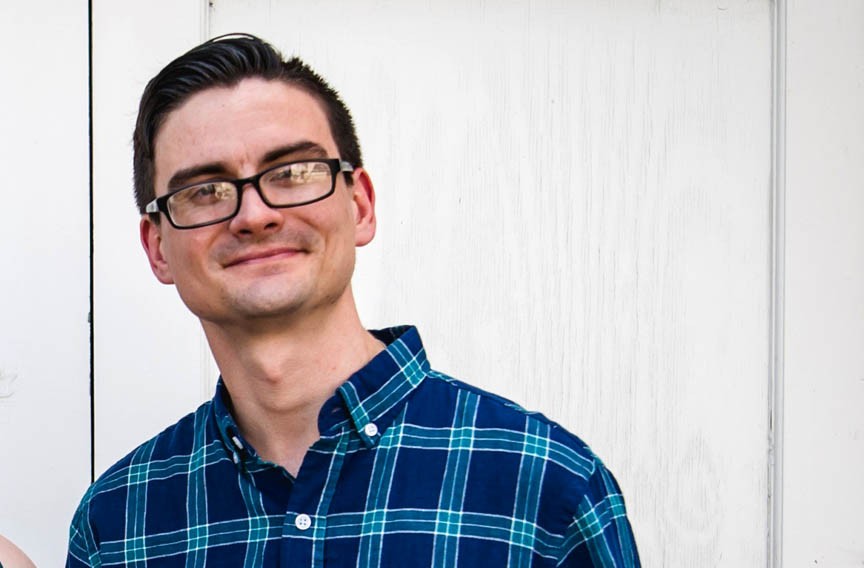 One of my stalkers has taken a solemn and tragic moment — specifically, the assassination attempt on Salman Rushdie — to reveal some disturbing parallels he may have with Hadi Matar.

It seems I have a stalker.

Zack Budryk wants to fuck me. I know this because this puny man of the media world has been obsessively spying on me and harassing me on social media in the last few weeks and he has been rather careless in covering his tracks, despite his professed occupation as a “journalist.” (Look, Zack, I know you’re a hopeless clod (for some reason, media people have emailed me stories about you and I shall save you further embarrassment by keeping these confidential), but here’s a tip. Burner accounts and VPNs. Or maybe don’t sign into a social media account with your real name, as you did in harassing me, you pathetic rube. Oh, and I have the receipts if I ever need to file a police report or a lawsuit.)

His beef with me — and it’s really incredibly pathetic — is an article I wrote two years ago in which I called out his utterly mediocre and completely unaccomplished hackery. Rather than take his lumps and move on like a grownass adult, Zack Budryk has engaged in a seething and obsessive fury towards me, for which there is only one obvious conclusion. Zack Budryk wants to be my bottom. And he wants me to fuck him in a raw and animalistic manner.

Well, I’m flattered, Zack. But I’m not interested in helping you fulfill your kinks. I’ve been spending much of the day contemplating the repugnant and inexcusable attack on Salman Rushdie — a truly terrifying development that I obviously oppose with every fiber of my being and that seems to be an escalation point in the disturbing war against outspoken and transgressive artists, a trajectory that seems to have started with Will Smith’s assault on Chris Rock at the Oscars.

Hey, Zack, instead of obsessing about me, why not think about stuff like this:

1. For fuck’s sake, Salman Rushdie is going to lose an eye.
2. Salman Rushdie is on a ventilator and we don’t know if he’s going to pull through.
3. A writer was stabbed ten to fifteen times on an American stage simply for speaking his mind.
4. This shouldn’t be happening in America.

I mean, that’s where my thoughts have been right now.

I’ve also been thinking about the guy who was shot outside my Brooklyn apartment building tonight. I’ve lived close to shootings, but never this close. It literally happened about four hundred feet from where I’m now writing this. The entire neighborhood congregated together to make sure everyone was okay. We were obviously not okay. But it was nice to chat with the neighbors and to see that this community was united against violence. Nor is America okay. One would think that any thinking person would be contemplating this instead of despicably pointing his finger towards me as one apparent source of the problem:

I am vehemently opposed to violence. I only fight in self-defense and have talked my way out of 99.999999999999999999999999999999999% of all dangerous situations I’ve experienced. A gutterpunk once pointed a gun at me and I not only got the guy to put the gun down, but I got him to laugh. I somehow didn’t lose my cool. And I doubt very highly that Zack Budryk can say the same thing. I know violence. I’ve been the victim of violence. I’ve stopped dozens of people from committing violence. I once stopped a man from cracking a beer bottle over the head of a very prominent and very famous figure that everyone knows. I’ve put my white body in front of Black bodies to stop cops from beating the shit out of them. I hate violence. I want this cycle of violence to stop.

The absurd portrait that Zack Budryk has painted of me involves my first thought encompassing some narcissistic comparison of myself with Rushdie. I challenge anyone to find a single word among the millions I’ve written over more than twenty years in which I’ve compared myself to another person. You won’t. I’ve never expressed anything along those lines. I simply do not possess that type of mentality. My first thoughts upon hearing the news this morning were utter horror, sympathy, and sadness — and this despite the fact that Rushdie has used his literary power and influence to burn me, as well as a few friends and acquaintances.

Nevertheless, I offer my sincerest wishes to all of Salman Rushdie’s family and friends. This is a tragic reminder that we need to do far more than what we’re doing.

And, Zack, I know you’ve been waiting eagerly about what I’m going to write about you. I know your pants are bunched around your ankles right now. I truly hope that you’re equipped with enough Kleenex. And, hey, don’t worry, I don’t believe in original sin. You do what you need to do. But, for the record, I don’t want to fuck you. In fact, I don’t give a fuck about you at all. My DMs are not open to you, sir. But I do need to point out that you are actually part of the problem. In fact, in your deranged fixations on me, I’d say that you have more in common with Hadi Matar, the 24-year-old man from Fairview, New Jersey who pulled off this act of terrorism. Maybe that’s what you actually meant in saying that I would absurdly suggest that I was “just like Rushdie.” Given your recent behavior, I wouldn’t be surprised at all if I picked up a physical copy of the Sunday Times about five years from now, sipped a cafe au lait, and read a story about you that concerned an act of violence that you perpetrated.

I have only five more words for you, Zack Budryk: Seek help and fuck off.

[8/15/2022 UPDATE: With the typical cowardice one often finds among bullies, Zack Budryk has deleted his tweet. My hope here is that this is a sign that Budryk has decided to focus his attentions on issues that are far more important. For the record, I have no interest in writing any further about Zack Budryk.]