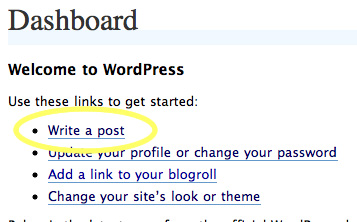 Since the book blogging world changes so frequently — with its first waves and second waves, its stormy internecine battles, and its endless capacity for argument over trivial subjects — I thought the time had come to identify the many different types presently occupying the online literary scene. I need not state my own expertise and qualifications on this topic. I have been a litblogger for six years and I possess such an uncontrolled ego that I have been engaged in some kind of skirmish with every known person writing about books on the Internet. (In fact, Maud Newton and I have been trying to fight a duel for the past eighteen months because we got into a heated conversation over some passage in a Rupert Thomson novel. Alas, our respective calendars have been overbooked with other literary activity.) And I don’t need to tell you how many book bloggers have been killed so that other book bloggers might obtain satisfaction. Let’s just say that corpses have been thrown into the East River.

But it occurs to me now, after six years of brawls, gunshots, and angry tears, that these skirmishes have resulted in needless deaths and much in the way of hurt, and that some documentation must be duly presented before the book blogging community to avoid such tragedies in the future. So what follows is a brief (and by no means complete) breakdown of the types of book bloggers you are likely to encounter in the book blogging world.

The Bitter Ex-Newspaperman: The Bitter Ex-Newspaperman has either been recently fired from a newspaper books section or is about to be fired, and wants to understand the medium that has decimated his goddam livelihood. He is often cranky, but sometimes comes around to the format. Perhaps by turning to blogs, he might find some brief flicker of his former authority — which has been usurped by the new “authority” found at Technorati that he simply does not and cannot understand. The Bitter Ex-Newspapermen who blog longer often mellow out over the course of time and sometimes morph into one of the other types of book bloggers, often waving an elder statesman’s finger at “the way things used to be.”

The Caped Crusader: The Caped Crusader, who sometimes wears a spandex costume while typing, often writes needlessly angry posts about the evils of various newspapers, the inadequacies of the publishing industry, and can often be witnessed frightening rational people when discussing literary matters in a social setting. The caped crusader is often wrong and doesn’t know nearly as much as he thinks. But he doesn’t let that stop him from writing indignant 2,000 word takedowns that are then picked up by other bloggers, where the circlejerk of words carries on as long as this “passionate” coal feeds these flames of resentment.

The eBook Evangelist: The eBook Evangelist owns both a Kindle and a Sony eReader and is often seen throwing hardcovers into a public conflagration to celebrate the “forthcoming digital revolution.” Never mind that an independent third party might easily confuse such symbolic activities with a Nazi book burning. The eBook Evangelist is often so busy bitching with other evangelists about Amazon pricing and digital ubiquity that he often forgets to reveal his thoughts and feelings about what’s actually inside the books. The most frequent word you’ll find used on an eBook Evangelist’s blog is “clueless.” And yet despite the eBook Evangelist’s adamant protests, you’ll still find him patronizing and celebrating the likes of Amazon. An eBook Evangelist then is both an anarchist and a conformist, and contradictory ideological positions can often be found within the same paragraph.

The Literary Solipsist: He has a book coming out in a year. And that’s his sole reason for contacting you. He really doesn’t want to know you at all. You might even say that he doesn’t have much in the way of people skills. In some cases, the literary solipsist is a sociopath. But the Literary Solipsist genuinely believes that you should be honored to touch his cashmere topcoat in a public setting. He will brush you off at a function to talk to people who he deems more important and he will stomp on heads as his perceived stature grows. Then again, his ego might be so enormous that he’ll be perfectly happy if you polish his boots while employees from Graywolf happen to be watching. Because he can then videotape this act of obeisance with his Flip Mino and upload this to YouTube for others to dissect and write blog posts about.

The Sanctimonious Genre Booster: The Sanctimonious Genre Booster wants her genre to be understood, and that’s fine. But the “understanding” comes front-loaded with endless political correctness. Topics that were originally discussed in a thoughtful and necessary manner often veer down impractical rabbit holes, with words like “fail” attached to the end of a controversial noun. Specific authors in the genre community are often held up for derision and damnation. Never mind that these authors might actually have talent or that they’re a bit busy trying to write books.

The Social Braggart: You’ll often find this sad type at a literary cocktail party, standing alone in a corner and typing details that nobody really cares about into her smartphone. She’s the type who often reports who’s attending a party on Twitter. She believes herself to be an operator, but what she doesn’t know is that most people ridicule her behind her back. Which makes her more of a sad case who people tolerate, only because they hope she’ll get a life at some point down the line.

Very often, the “Where’s the Money?” blogger can be weaned off of his relentless pursuit of cash and be made to understand that he has a dormant love of writing.