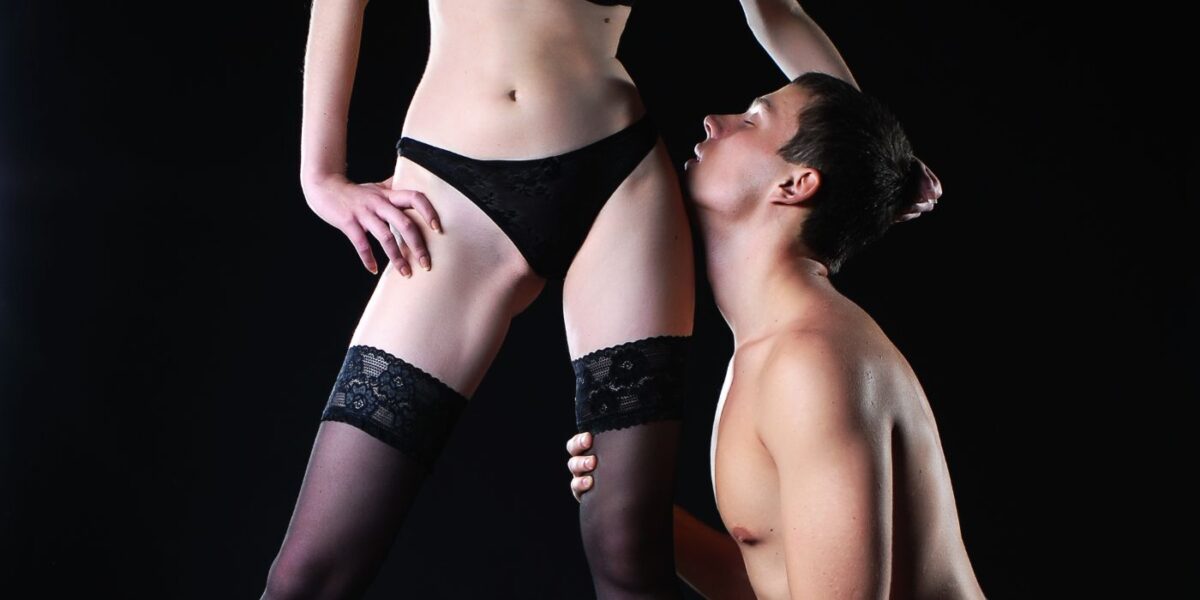 In the third installment of this outrageous (and quite possibly deranged) NaNoWriMo experiment, events start to get spicy back in Myrtle Beach!

By Tuesday morning, most of the Grande Dunes weekend revelers had checked out of the Atlantis Hotel. It was an unremarkable seven-story concrete eyesore with inexplicably Euclidean gables and gilded veneers constructed without thought or care in 1996 by failed Reform Party candidate Harold Triton at the beginning of his midlife crisis, which had been reported on by one of Ezmerelda’s former Iowa classmates decades later in a glossy Conde Nasty magazine that carried the telltale stink of a perfume sample that had been so potently redolent that at least three dozen readers canceled their subscription after developing a severe and life-threatening skin rash — a potential class action lawsuit that had been halted and hushed up with Newhouse money and that had inspired a veteran advertising executive to give up his morally bankrupt career for a far more purposeful but comparatively thankless life feeding the starving hordes in Sri Lanka.

The investigative article had somehow landed this boisterous rollerblader a coveted ASME for no other reason other than that the classmate (who was more of a skater than a writer, truth be told; the dude still kept at his Salchows and spins even as the fearful middle-aged demarcation point of forty was escalating ever closer) had simply said what everyone in Myrtle Beach already knew: namely, that most of the tony and tone-deaf golfers in this affluent development were fond of building whatever the fuck they wanted to. That was the way you won writing awards in the 2020s. Spell out the bleeding obvious with a Capotesque flair for sensationalism and land a lucrative book deal and then realize that you really had nothing particularly earth-shattering to say once you signed the contract and spent all day playing Elden Ring on your PlayStation 5 and dodged those weekly calls from your agent who demanded to know why a bad haiku about Jeremy Strong had been your only output in the last six months.

It was not so much that these hopelessly dull developers had big dreams or essential passions. They simply had vast sums of inheritance money to spend and family lines to live up to. They couldn’t very well let all those elocution and ballroom dance classes go to waste, could they? They couldn’t allow their surnames to not be mentioned regularly in the social register or the newspapers or, more recently, the remarkably virulent gossip blogs that flourished online much like anthracnose decimating a beautiful hardwood forest. No, they needed to matter. And they didn’t know how.

And so they built edifices. Ugly towers that would never grace the pages of Architectural Digest with walls that were frequently pissed on by those who were born and raised in Dirty Myrtle and who didn’t have money.

While their great great great grandfathers had built vast fortunes from the indigo trade, these very rich and very uncultured ciphers lamented their impotency and their wrinkles and their more frequent need to pee and the wagging fingers of doctors who told them that they should exercise more and that they should not sprinkle so much salt on their dinner plates. They often stared at their limp and increasingly useless chorizos in the bathroom mirror after taking their showers, feeling nostalgic for the youthful days in which they could summon a chubby without poppping a Vardenafil.

The Atlantis Hotel was one of many such dubious monuments that had emerged from this craven desperation. It had never quite conjured up an aquatic theme to suit its name, which had been randomly selected by Triton on a bourbon-soaked night when Triton and his friends carried on a vivacious and increasingly deranged philosophical conversation speculating about how mermaids fucked. The only decorative allegiance to the underwater city that Plato had so eloquently described in Critias was a series of oblong aquariums that had been placed at random points in the hotel lobby. The fish often died because the staff were overworked and underpaid and were often screamed at by the guests for perceived failings. And the manager had the unpleasant duty of regularly inspecting these fish tanks for some diamond blue discus that had expired and floated to the edge after spending the last week desperately waiting for Tetra Color Bits. Que Sera Sera. It was truly a miracle that nobody had thought to contact the ASPCA, but then animal rights were the least of Myrtle Beach’s worries.

But because the hotel was so mediocre and poorly run, it became a venue where you could hole up in plain sight. No self-respecting Myrtle Beach resident would ever be caught dead there. At least that was the working theory. And when the locals did frequent the place for salacious afternoon delights, they would often adopt strange disguises. Overcoats, sunglasses, wigs, even a prosthetic nose if they had any aspirations to run for political office. One bellboy with a photographic memory had kept a running list in his head of the regulars he could gouge for sizable tips by mentioning their real names when he unlocked their rooms and sustained a lucrative six figure sideline in gratuities that he would never have to report on his tax returns. (He was later audited by the IRS and arrested for tax evasion once they questioned how a minimum wage employee could afford a flashy pool house. The impulse to build in Myrtle Beach was hardly confined to those in the top tax brackets.) And while there was grumbling and grousing among the hotel regulars, the high cost of schtupping your secretary during a long lunch hour was more than atoned for by the fact that nobody who checked into the Atlantis was ever discovered.

Because of these circumstances, Sophie Van Kleason was happily flogging two of her subs in Room 312 on Tuesday morning. One was new and being initiated into her den of play. The other had cadged his way into her graces after six months of increasingly desperate texts. They were both quite naked and both quite sad, kneeling on the puke-green carpet to escape their miserable go-nowhere lives and serve their mistress. All was going very well until the new one made a rookie mistake.

“Can you sit on my face, Mistress?”

“Slave,” shrieked Sophie, “did I give you permission to speak?”

“Do not make that mistake again! You will do what I say when I say it!”

“Do you not worship me?”

She tugged at the three-inch leash attached to the greenhorn’s ball stretcher. The insubordinate’s scrotum grew pinker and more ridiculous and his balls bulged larger beneath the tightly bound leather ring, but his cock stayed hard and hungry. And he started to whimper. This was a good scene. And if she kept up the tension, she knew she’d have the two fellating each other in the next fifteen minutes.

This unruly sub — the freshest acquisition among her rotating base of seventeen — was swiftly disciplined with a hard blow to his solar plexus. Her daily workouts with Rollins had not been for nothing. She hit him with a two-by-four freshly cut at Home Depot over the weekend, discreetly packed among the other implements in her ever-growing larder of toys. The hunky twentysomething who had scaled her lumber had well-toned biceps and a taut and delicious ass that she wanted to adorn with bright blue bruises. If only her husband would make a modicum of effort with her instead of going out to film his Nature Walks, she wouldn’t have to live this way!

This guy had been so nice to her! Naively nice. The kind of nice she liked because it was so easy to manipulate. So nice that they had exchanged numbers and he had called in sick that very day after accepting her invite to join her at the Atlantis for some fun, little realizing the full extent of what he had signed on for. She still didn’t know if his name was Chris or Jim. But that didn’t matter. Because anyone who came into her lair was addressed as “slave.” Now this worthless and quite handsome man was actually sobbing, the snot dribbling in rivulets beneath his fine fleshy nose. And this made her very happy.

She turned to the other sub: the tubby middle-aged bitch with the long graying beard who was soon going to learn his place. This was Mike Harvest, the daily book critic of a prominent newspaper who had unfavorably reviewed three of her husband’s books with a belabored snark that had outworn its welcome ten years ago. Harvest had never amounted to much. He had only managed to publish one book during his twenty years as a book critic. That is, if you could call a collection of photographs that other people had snapped a book. He had made the four hour drive to the Atlantis from his home in Savannah. He was trying to buy time. Two Slate reporters had recently uncovered an incident that had occurred seven years before at his old Connecticut home that involved a prominent publishing executive and his close friend, the Jakester, whom he had been forced to cut ties with. Being dominated by Sophie was his idea of lying low.

She slowly leaned into Mike’s ear and purred her most seductive whisper.

“Do you wish to be insolent?”

“Good. Now if I unfasten your hands, will you stay obedient?”

It was a consensual non-consent setup, which meant that Sophie could do anything she wanted with these two men. She slid the smooth leather masks over their skulls, tightening the straps as much as possible, and the two subs made stertorous attempts to breath. She smiled as their four suffering eyes bulged with horror and pleasure beneath the thin slats of the masks.

There was a knock on the door.

There was no greater turnoff than a newly broken Chad who couldn’t remember the safeword.

“For fuck’s sake, scene’s over. Didn’t you listen?”

She pulled off the masks.

“No bullshit. Did either of you tell anyone you were here? Mike, did you tell your wife?”

“Are you going to answer the door?” squeaked Chris/Jim.

“Look, I can’t have any more trouble,” said Mike. “I had to beg the editor to keep me on staff after that Slate story.”

Sophie slipped on the hotel bathrobe. She could feel the lustful eyes of the two men studying her meticulously sculpted body. That was the funny thing about men. Even when they were in a tight spot and needed to use their minds, they still abdicated to their dicks.

“Can you at least untie us?” shrieked Chris/Jim.

She opened the door.

An unsmiling man in a weather-worn fedora, a wool twill suit, and the blandest burgundy tie you could find in Topeka stared at her. He had a manila envelope beneath his arm.

“My name isn’t important, but my clients are.”

“You’re not the bellboy, are you?”

“Easier than you might think. Mrs. Van Kleason, I have some news about your husband. You may want to put something on. We’re going to be very busy.”

(Next: All the Ugly Horses)