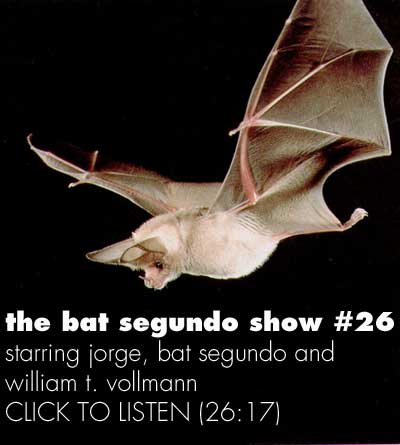 Condition of Bat Segundo: A bit over his head and not particularly uncentered.

Subjects Discussed: Copernicus, the relationship between religion and science, Dante’s Divine Comedy, Ptolemy, Intelligent Design and contemporary parallels, Iraq, life lived according to the “cash nexus” versus life in other countries, the Bush Administration as muse, politics in fiction, Shostakovich, on writing Rising Up and Rising Down and revealing individual human identities, research and Europe Central‘s historical inventions, how Vollmann creates vernacular, repeating phrases, Madison Smartt Bell, the use of narrators in Vollmann’s fiction, Lautréamont, Vollmann charms his escort, the two narrators of Europe Central, and Vollmann the entrepreneur.

(Special thanks to Ami Greko, Paul Slovak and the fab folks at Norton for helping to make this happen.)