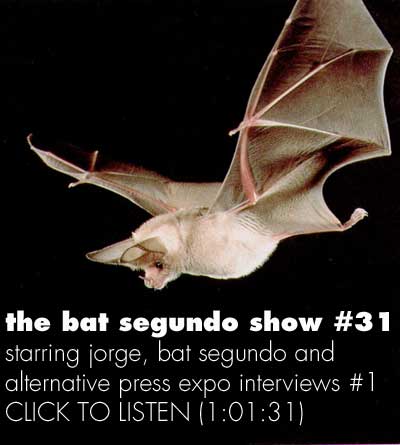 [NOTE: This is the first of a three-part podcast which tackles Alternative Press Expo. Our Young, Roving Correspondent walked the floor and talked with people for the first two parts. The third part will feature the panel interview with Alex Robinson.]

Condition of Mr. Segundo: Attempting to justify his bathroom reading.