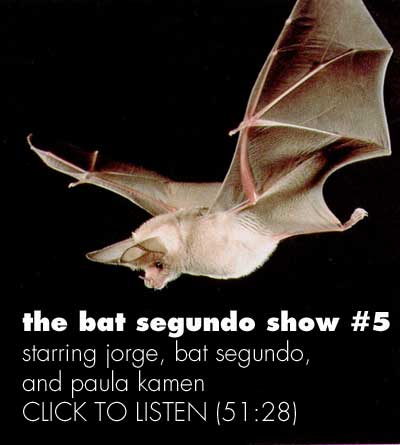 Condition of Mr. Segundo: More of a complainer than usual, but feeling either paternal or pathological.

Subjects Discussed: Balancing memoir and microhistory, Chronic Daily Headache (CDH) and its recent medical classification, newspaper articles that perpetuate an unlived life, writing a book while suffering from CDH, the specific denomination value of Ms. Kamen’s marble system, throwing drugs at the problem, doctors who prejudge women patients based on appearance, Freud’s unfortunate legacy of “hysteria,” covert examinations, clarifying the “Not tonight honey, I’ve got a headache” myth, Oliver Sacks’ failure to expand his migraine definition, comorbidities, mortality as a motivating factor for medical focus, working-class CDH sufferers, the difficulties of getting disability, chronicbabe.com, being denied a major television appearance because the incurability of CDH was “too depressing” for viewers, the stigma of memoirs, the difference between physical and psychosomatic pain.