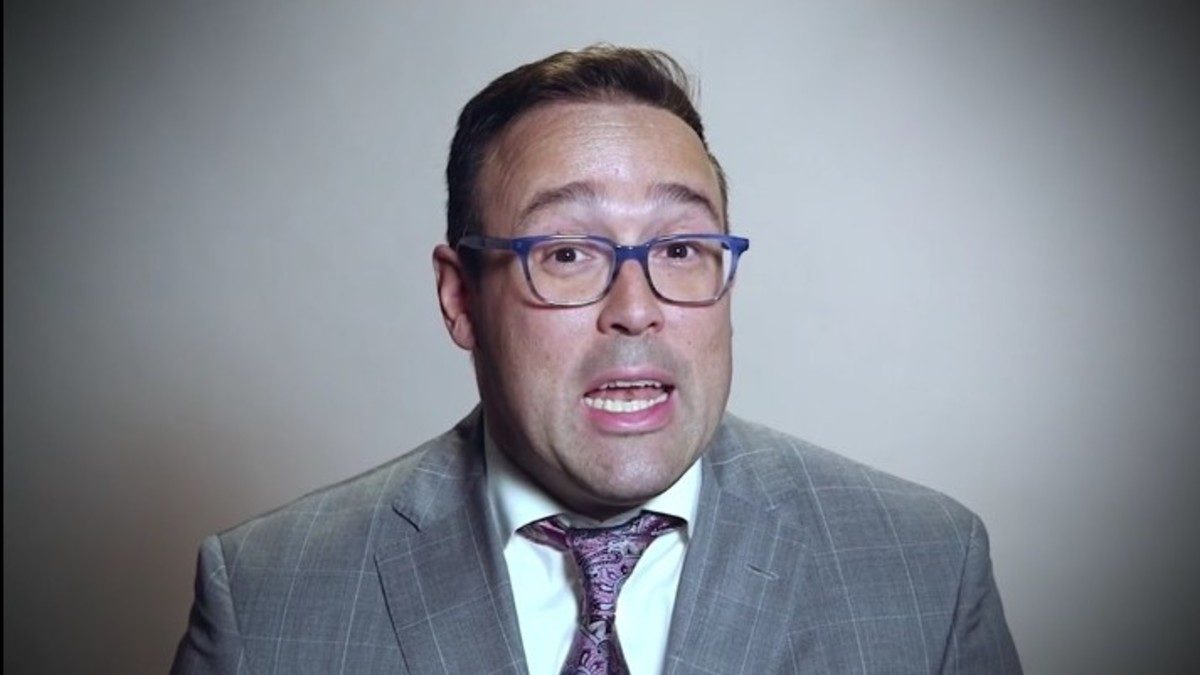 There are few people in journalism who are as unbearably stupid as CNN’s Chris Cillizza.

Like most professional pundits who lull us to sleep with dull platitudes, Chris Cillizza is an imperious tadpole who somehow believes that he has the legs to win a frog jumping contest. Cillizza’s sophism was shrewdly sussed out by Dave Weigel in 2014 and his style, if we can call it that, has long been the bane of anyone who genuinely cares about thinking and journalism. That this aquatic larva is a grown-ass 43-year-old man who has failed to show one whit of growth or intelligence over his astonishingly worthless career and that he continues to fulminate with unbearable stupidity is one of the great embarrassments of current American discourse. And make no mistake. Chris Cillizza is a fool with a capital F. The only reason Cillizza remains tolerated is because his dimwitted dispatches get traffic. Cillizza cynically gives the people the anti-intellectual snake oil that they apparently want. Much like Chuck Todd, Cillizza fell upward into an unfathomable position of influence when this insufferable oaf doesn’t even have the logistical acumen to manage an Arby’s.

It says something fairly significant about our tolerance for stupidity that this inarticulate crank is allowed to get away with this. Watch this unlikely avuncular figure and you will witness a man who cannot form a sentence without falling into a narcissistic longueur. On television, he speaks somewhere between a loutish mansplainer who you can’t escape from during a weekend corporate retreat and a tenured professor who just hit the bottle after coming out of rehab for the seventh time. Monosllyabic words boom from this hulking fool’s mouth with the force of a howitzer firing blanks on the wrong battlefield, as if words like “Big!” and “So!” and “Two!” were the key to understanding why the bog bodies in Northern Europe were preserved for so long.

Cillizza’s spurious and illogical arguments can drive any reasonable person crazy. They’ve certainly caused me to scream obscenities. My neighbor knocks on the door. And before I can say anything, my neighbor says, “Another Cillizza article?” I nod my head in shame. Then I offer the neighbor some scotch and all is well. Until the next unfathomably stupid Cillizza take. In 2018, Deadspin‘s Albert Burneko described Cillizza as “an amoral rat whose professional existence…is predicated entirely on cynical indifference to truth or fact or consequence.” None other than John Legend took Cillizza to task for his ongoing efforts to perpetuate false equivalency.

Chris Cillizza’s present fount of unbridled fatuity is a January 6, 2020 column entitled “What Elizabeth Warren’s statements on Qasem Soleimani really tell us.” You see, the facts never really matter with Cillizza. It’s the impression that does. Even when there is no logical underpinning for how the impression was formed.

Perhaps Cillizza has problems with women who are leagues smarter than him. I really don’t know. What I do know is that this column represented a complete failure of basic rational thinking. Cillizza attempted to impugn presidential candidate Elizabeth Warren by insisting that Soleimani couldn’t possibly be both “a murderer” and “a senior foreign military official.” But that’s not true. Objectively speaking, both statements are true. Soleimani was not only responsible for the deaths of 603 American soldiers, but he was a military man considered to be Iran’s “vice president.” Soleimani’s murder by the United States has kickstarted one of the most volatile situations in the Middle East that can be imagined — one that may lead to needless deaths of Americans and Iranians. One would think that Cillizza would focus on the very dangerous and wildly erratic man in the White House who has ignited this madness without a plan.

But for Cillizza, Warren’s statements are “mind-bending” and “confusing.” When, in fact, there is nothing confusing whatsoever about what Warren said. It is no more difficult to grasp than me telling you that, while I am very fond of dried cranberries, cranberry juice, and cranberry salad, I really don’t care for cranberry sauce.

Sorry. Cillizza is calling me right now. Hang on.

Me: Hello?
Cillizza: That’s mind-bending, Ed! And confusing! I thought you said you liked cranberries!
Me: I do, Chris. I’ve just sent you a video of me dancing a jig after chugging down a bottle of cranberry juice. I just don’t like the texture or the taste of cranberry sauce.
Cillizza: You’ve changed, Ed, from your previous position. And you can’t afford to do that.
Me: I’m not running for office.
Cillizza: You are either for cranberries or against them!
Me: Have you ever heard of a concept called ambiguity? Subtlety? Taste? Hell, why am I even asking?
Cillizza: Are you a member of al-Qaeda, Ed?
Me: Dude.
Cillizza: That’s a long way from where you started this week. A long way.

At least this is the conversation I imagine in my mind.

Obviously, when a person thinks in such absolutes and with such paralogia, there’s simply no appealing to him. But when a thinker this shoddy is entrusted to pontificate for eight figures on CNN, it does make one ponder just how much a news organization will tolerate. Then again, we’re seeing The New York Times cite white supremacists as news sources. Perhaps the only way we can save the Fourth Estate — at a time in which we very much need it — is to start a movement to demand better thinking from all pundits and, if they fail to say anything cogent or useful, starve spastic rodents like Cillizza of the attention they have so cynically and gleefully cultivated.