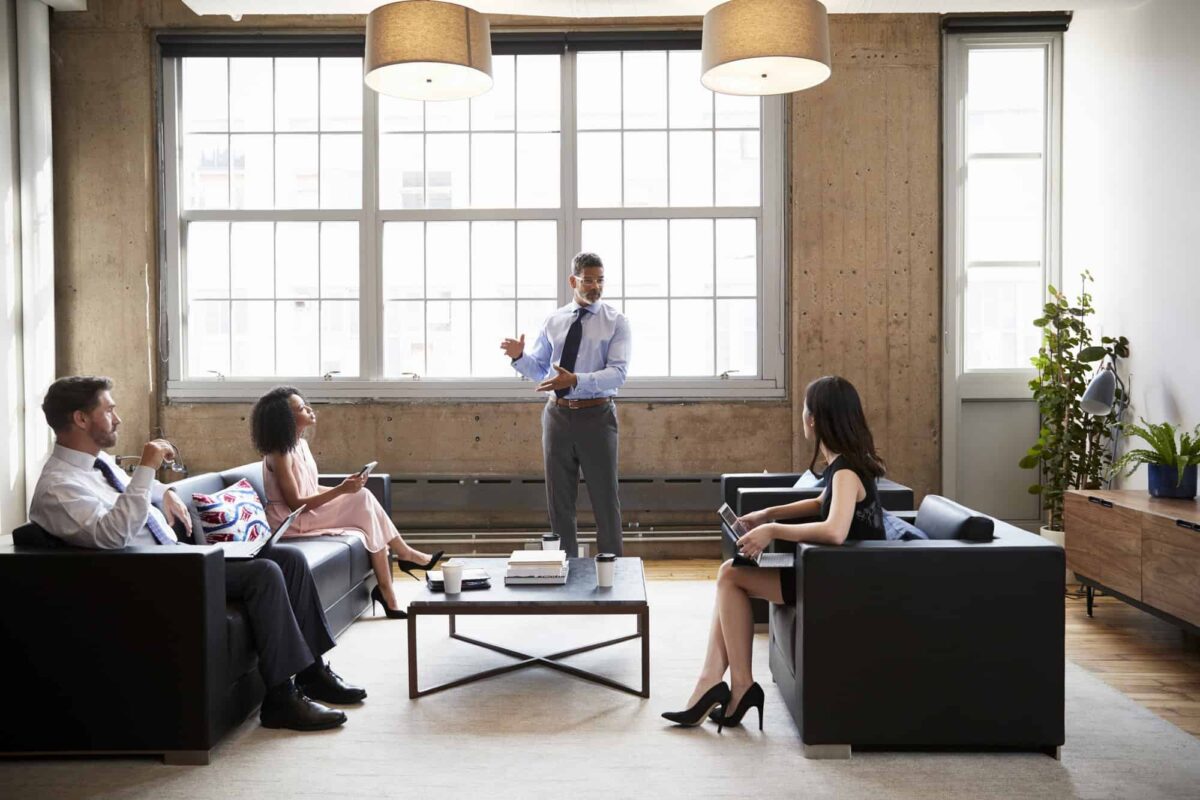 In the seventh chapter of this deranged NaNoWriMo online experiment, Sophie Van Kleason learns the truth about her husband’s life and contends with a trio of publicists from Atlanta — one of them hopelessly smitten with cheese.

It was Tuesday night and the MBPD hadn’t yet conducted the promised press conference. The investigation was ongoing. No news was good news, although Paul Van Kleason had spent much of the afternoon as a trending topic on Twitter.

They set up the war room at the Easy Breeze Resort: a towering high-rise serving as hotel and business center (a real business center, not one of those windowless rooms you find in Westin joints with stale complimentary croissants and slow desktops running Windows 98) just southeast of Kings Highway and only a few blocks away from the ocean. Three publicity men from Atlanta — all of them on retainer with Coca-Cola, but with contracts that allowed them to freelance for other clients — had made the six hour drive that morning. One of them — a well-groomed thirtysomething with an aquiline nose and a purple bowtie — had somehow prepared a PowerPoint presentation along the way. Or maybe he had had his assistant do it by way of fierce dictation on the road. Nobody knew for sure. They only knew that Chris Wilde was once again in charge of this reputation management campaign. That is, until the New York people flew in.

The two other men were chain-smoking luxury Canadian cigarettes and blowing out smoke through the open window. Despite the Italian cuts of their immaculate suits, they still had the telltale racoon eyes and numb noses of men who had been summoned out of bed after a 3AM coke bender. The rampant drug use among Coca-Cola men was an open secret. Many of them hoovered up lines from ruddy placemats reading “Enjoy Coke!” and “Things go better with big, big Coke!” They had ideas, but they were not known for their subtlety, which is why Chris Wilde, whose primary addiction was stress-eating vast quantities of expensive cheese after midnight, was running the show.

The man in the fedora and the bland burgundy tie stood near the door: a solitary figure who blended in anywhere by keeping his trap shut. He had introduced himself to Sophie as Nick. No last name. When she wasn’t catatonic over the vile truths that the videos had revealed, Sophie had tried Googling Nick. She needed something to do other than sob over the disturbing possibility of becoming publishing’s answer to Ghislaine Maxwell. But there was no online trace of Nick anywhere. He was the human answer to the dark web. A conseigneur who clearly existed, possibly in a quasi-criminal capacity, and whose very presence suggested decades of experience cleaning up big messes — quagmires that Sophie could not have imagined at her most perverse — but who couldn’t be found anywhere other than here. Nick had said only a dozen words since the men in Atlanta had arrived. And she didn’t know if he would say anything more. He had dressed her down back at the Atlantis. Fiercely and indefatigably. Peremptory. Fuck around and find out. Even when she was shaking over the news of her husband’s death and the secret Epsteinian life that she had somehow not known about. The behavior made her kinky escapades look like a G-rated movie.

“I have to see my wife!” whimpered Mike Harvest in the corner. Nick had paid off Chris or Jim with a cool two thousand back at the Atlantis and had persuaded him to sign an NDA so that he would never shoot his mouth off about what he had just heard, but the puling book critic was a different story. As a parasitical media figure of some influence within the publishing industry complex, Harvest was compromised — not only by the waning news of his involvement with the Jakester, but also because he had been directly involved with Sophie. Moreover, he was still in a position to persuade people about how Paul Van Kleason was a true American original and a bona-fide innocent. But Christ, he was such a whiny little fuck.

“I was once considered for the Pulitzer!” shrieked Harvest

“So you’re just a book critic then.”

“Yes,” whispered Harvest. “But I have written one book!”

Chris dropped a hardcover with a blinding typeface on the oak table before Harvest.

“This one?” he said. “Harvest’s Photographs?”

“Let me ask you something, Mr. Harvest. Did you take these photographs?”

“Then how can they be your photographs?”

“If I stole a loaf of bread that you baked, would it be my bread?”

Mike walked up to Chris and placed his palm on his shoulder.

Nick spun around and aimed a Stoeger STR-9F at Harvest’s head. Harvest raised his hands up in the air and begin to whimper. The pistol had emerged in his hand much like an expert magician pulling a long line of scarves from an unlikely crevice.

Sophie screamed. Yes, Harvest was annoying, but even annoying people deserve to live. Well, most of the time.

“Relax,” said Nick. “I just wanted to test your reflexes.”

There was a telltale splotch of burgeoning urine soaking the front of his pants.

“You’re important, but only for this operation. Not important enough to murder. Remember that.”

Nick snapped his fingers at one of the smokers near the window.

“Get him cleaned up.”

One of the associates stubbed out his cigarette in a Myrtle Beach mug that was now serving as an ashtray, walked up to Harvest, offered his hand, and ushered Harvest out of the room like a teacher escorting a ninth-grader to the principal’s office shortly after he had been caught tugging the pigtails of the homecoming queen.

“Okay,” said Chris. “Are we done with the theatrics?”

“Yeah,” said Mike, who returned to his stance near the door.

“Do you have to say okay all the time?” asked Sophie. “It’s not fucking okay.”

“It’s the way he talks,” said the remaining smoker. “I don’t like it either.”

“Okay,” said Chris, who believed deep down that saying “okay” and “right” all the time meant that everything would turn out okay and right, evidence to the contrary. “So let’s look at the three scenarios.”

“Okay, there are obviously more scenarios than three, okay? But these are the three likeliest scenarios, right? Okay, we have Scenario A, where all the Van Kleason videos are publicly released, right? Van Kleason’s latest book tanks. There’s a boycott campaign directed towards the house, okay. Because no one will want to do business with them — especially when they find out what he did with the eight-year-old, okay? Authors pull their books, right? And, okay, this could be pretty financially devastating.”

“Why would they blame the house rather than Van Kleason?” asked the smoker.

Chris clicked to the next PowerPoint slide.

There was a photo of a Malaysian woman just beneath a Powerpoint heading that read “The Attention Economy.” A supercilious smile, irrepressible smugness in her eyes, and, most preposterously, the knuckle arrogantly arched just under her chin. The telltale pose of someone who had pretended to be important for years, hoping that people would eventually buckle under her indefatigable presence. An influencer type who falsely believed that she was a deep thinker, an essential figure, a woman who moved mountains and who still wouldn’t be satisfied.

“And who is she?” said the smoker, puffing blue smoke out the window.

“Aayizah Cravemour, okay? The author of six books, right? None of them sold very well, okay. She was recently dropped by her agent — right? — after she sent a deranged email to Emma Silverburg, okay? But she’s the one who is likeliest to go after Van Kleason, right? She posts at least two hundred Instagram stories a day. She never stops, okay? She’s led smear campaigns before. She paints herself as a victim, right? This is one of the reasons why she has thirty-two thousand followers on Twitter. People relish in these character assassination campaigns, right, and they want to see what she’s going to do next, okay? There are long Reddit threads about her. Although with Elon’s recent takeover, and with many writers fleeing to Mastodon, there’s a good chance that people are exhausted from all this shit, right?”

“Our algorithm has scraped the tweets of the top five hundred writers on Twitter, right? And her name shot to the top of the list, okay?”

There was a knock at the door.

Chris flipped off the monitor.

Food service had arrived. The attendant dressed in white livery removed domed lids that revealed giant platters of cheese. Roquefort, Colby Jack, Asiago, stinky blue cheese, goat’s milk, Fontina, Camembart. It was all there. And crackers. Endless squares in every shape that seemed to consider every known cheese and cracker combination devised by humankind. More crackers than you would find in all the mental health clinics in America.

Chris began to jump up and down.

“I did warn you,” said the smoker.

“Yeah, but I thought he was bluffing.”

“When it comes to cheese, Chris Wilde never bluffs.”

Sophie watched this strange man — this guy who was apparently enlisted to guide her back to normalcy — moonwalk across the room like Michael Jackson before spinning in a piruoette and placing forty dollars into the food service guy’s hand.

He began to kiss the poor bastard profusely on the cheeks.

The cheese man left and he had the look of someone who had significantly undervalued his worth and was seriously considering returning the next day to shoot up the place.

“What the fuck is this?” said Nick.

“Why, it’s cheese! Lots of cheese! Fuel for the mind!”

“I’m lactose intolerant,” said Nick. “Get this shit out of here.”

“It’s written into his rider.”

“It most certainly is!” cried Nick, who begin to stuff vast gobs of cheese into his mouth.

Sophie stood up from her chair, walked over to Nick, and smacked him across the face, causing half-bitten wads of Jarlsberg to flutter onto the floor, along with a sticky remnant that landed on his purple bowtie.

“Listen, you flippant motherfucker,” said Sophie. “You may be hot shit at Coca-Cola, but my husband is dead and I’ve just learned that he was making snuff films with kids and animals while we were married. Now if you think that’s the kind of thing that should turn everyone in this room into voracious cheese freaks, then I don’t want you here, okay?”

She hated how contagious Chris’s “okays” were and took a deep breath. She noticed that Nick was smiling. The smoker indifferently fired up another cigarette.

The phone positioned at the middle of one of the tables began to ring. Chris swallowed the rest of the cheese in his mouth — it took six rings altogether for him to do this — and picked up.

“Bill Flogaast. Boys, we’re going to have to speed up the timetable.”