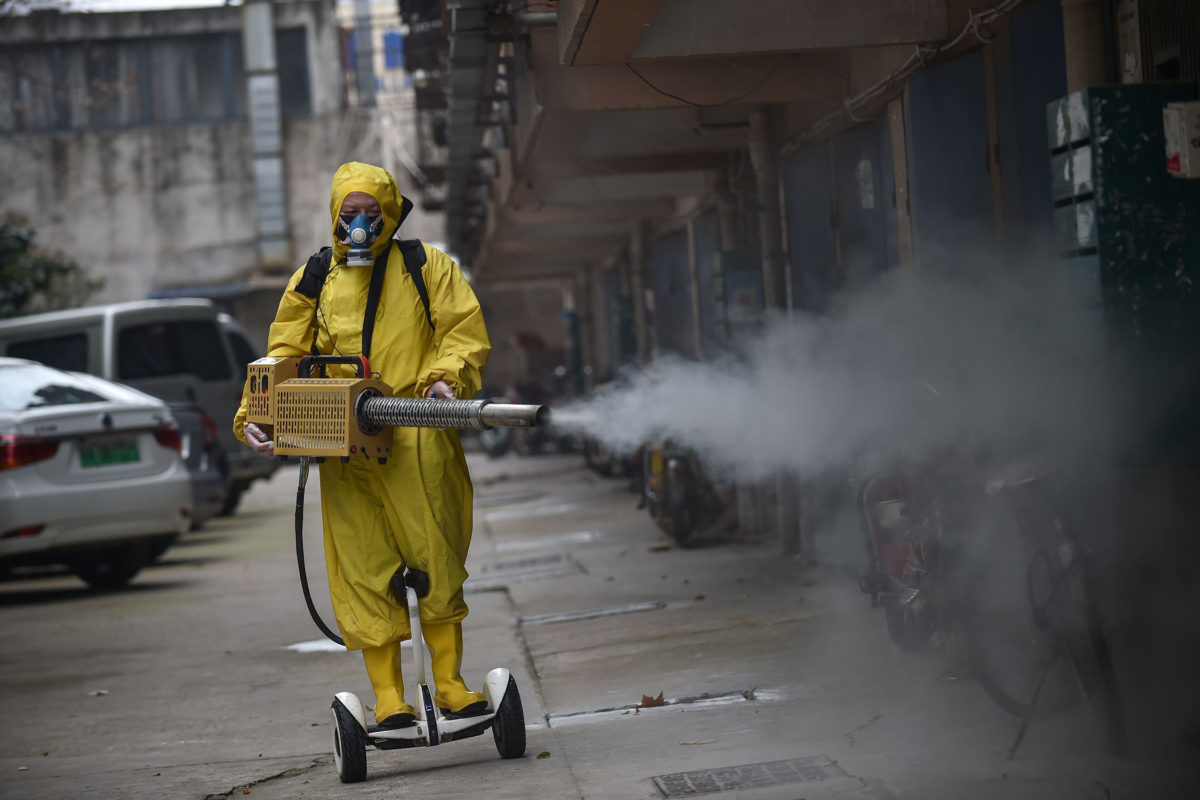 The Coronavirus has revealed vast chasms in the way we approach American life.

This morning, I bought nineteen cans of soup just to be on the safe side. Tomorrow, I will purchase a great deal more, along with numerous rolls of toilet paper, which is now in high demand. Regular people are now snapping at each other in once civilized venues. Personally, I’d rather come out of this with a modest sense of dignity. But that requires a great deal of prep. I’m seeing supermarket shelves in my neighborhood turn into barren cavities of emptiness. As for the soup, I’m watching the grocery circulars like a hawk for good deals. I’ve never purchased this much soup at one time in my life. But strange times require strange measures. And if there’s one thing I’ve learned from watching far too many apocalyptic movies, it’s this: you can’t trust a government to provide for the people. Especially when you have a sociopathic nincompoop out of his depth running things from the top. Weeks will pass. And while the rest of you may be contemplating cannibalism or eating a dead mouse for lunch, I’ll be living it large with Creamy Chicken Noodle. I make it a personal habit to not eat human flesh. And I’m certainly not going to let any damned virus disrupt my culinary sensibilities.

That my life — and yours — could become so easily uprooted is a testament to just how swiftly the Coronavirus has altered the nature of regular life. Sure, you can still ride the subway. But who wants to be on a crowded car? Last night, I decided to grab a beer at a watering hole and wait it out rather than risk some unwanted tango with respiratory particulates. I had touched a subway pole while standing. And this seemed especially foolhardy. So I hit the bar’s bathroom and washed my hands while reciting thirty lines from Hamlet.

Tom Hanks and Rita Wilson contracted the Coronavirus, with their shirtless son Chet insisting, “They’re not tripping.” And that offensive news pretty much kickstarted events as we now live them. Sports organizations have suspended seasons. Broadway has gone dark. Even Disneyland is now closed. Depending on where you live, there are bans on social gatherings with more than 250 or 500 people. The stock market had its worst Dow Jones drop in history. Personally I lost $500. And I’m usually a somewhat savvy investor.

All this went down just in the last 24 hours. If you’re not sitting on a 401k that you can cash out or some savings that will crest you along in the next few months, your life is pretty much fucked if you don’t have a traditional nine-to-five job. And that’s the conversation nobody wants to have right now. You can’t really meet people. but you can have hilarious phone conversations. You can’t perform or be out in public. You can’t date. If you’re a business that relies on social interaction to survive, then your quotidian way of getting by has been heinously compromised. This is, in short, a disaster.

On the other hand, maybe we needed this. We operate in a world in which life flits by at a pace that people could not imagine a century ago. And maybe a pause from this regular onslaught might cause us to reflect on what the presently ignoble corporate covenant with the American worker truly is. Why do we share so much? Why must we be constantly on call to show how essential we are? Looking at this from the other end of the telescope, we do know that the stock market was eventually going to take a snooze with the bears. And when it recovers in about six months, it won’t be nearly as bad as it could have been, had it collapsed in “more natural” conditions. More importantly, the Coronavirus will undoubtedly expose just how Third World America is in relation to healthcare. The terrible Faustian bargain of working for the Man just so you and your family can get a shitty deductible. Well, that’s pure evil. By every objective standard. Here in America, we’re going to see a terrible uptick in Coronavirus cases in the next few weeks. We’re going to see people die. Just as they did in Italy, which is four weeks ahead of us and better equipped for this pandemic than we are. But Americans will die nonetheless. And this is something that never needed to happen. And it would not have happened, had we been committed to universal healthcare and gentle honesty.

The way we live now needs to be one of increasing isolation if we want to stand any chance of stopping this — a slam dunk for introverts, but a tough sell for the rest of us. We have been living on borrowed time for a few decades. And it took a crazy virus to reveal the terrible truth of how we don’t look out for each other. That it should take a pandemic hitting at the human race out of the blue to reveal our skewered priorities says much, I think, about how much harder we need to give a damn about other people and enact policies that will allow them to thrive. For thrive we must. Against the Coronavirus. Against all the forces that vitiate our possibilities. Against anything that gets in the way of people living their best possible lives.