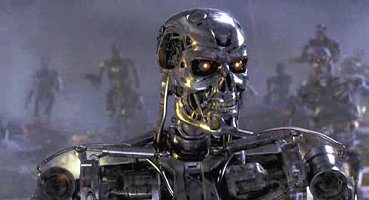 The Register: “‘Team Warrior’, a killer robot manufacturing alliance led by General Atomics of San Diego, CA, announced yesterday that its Warrior Extended Range/Multi Purpose Unmanned Aerial Vehicle System (ERMP UAS) would enter production for the US Army, another step in the US forces’ ongoing effort to automate most military activities….The Warrior will carry a relatively limited weapons payload, typically a quartet of Hellfire II missiles. It will be able to destroy no more than four tanks or buildings before reloading. However, its new General Atomics stablemate, the evocatively-named MQ-9 ‘Reaper’ can manage up to a tonne and a half of varied ordnance, or as many as 14 Hellfires.”