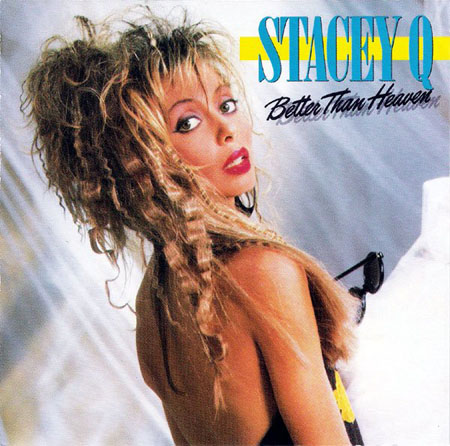 In 1986, Tampa Bay DJ Bubba the Love Sponge of WFLZ managed to talk a women out of suicide. She had called in to request “Two of Hearts” as her last song. (Source)

Stacey Q played a character named “Cinnamon” on an episode of The Facts of Life and sang the song at the end. The episode was called “Off-Broadway Baby” and was the fifth episode in season eight. It originally aired on November 1, 1986. A video clip from the episode can be enjoyed on YouTube. (Source)

There was also an episode of Full House in which Kimmy and DJ try and get an autograph from Stacey Q. (Source)

“Put a foursquare disco beat under the music, and Americans might dance to it; exchange a long, intricate melody for a short, repeated hook and more Westerners will think it’s catchy. But follow that recipe too closely, and you end up with Stacey Q singles.” (Source)