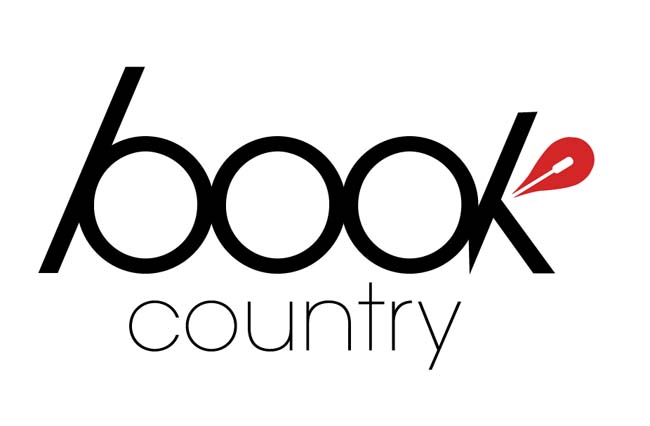 Correspondent: Okay, so I am here with Colleen Lindsay, who has something called Book Country. Which may in fact be a realm or may be something else. Why don’t you tell us about it?

Correspondent: Well, what can it possibly do for writers and editors and fanboys?

Lindsay: Oooo, fanboys. Fanboys probably will not find a date on Book Country. But they can post their writing on there. What Book Country is for – it’s a safe place for writers to upload portions of their manuscript. Any kind of fiction that they’re writing, as long as it falls into one of our genres. So they can upload flash fiction, short fiction, novellas, short stories, partial chapters, full chapters, full manuscripts. And they can get feedback from their peers. So they’re going to get peer reviewed by other writers. There are industry professionals on there. Agents and editors. Some of them who are there under their own names. Some of whom are incognito. Because they’re also there as writers. And we’re forming a cool little community up there where we’re getting really supportive and constructive feedback.

Correspondent: Well, let me ask you something. Why is the feedback for Book Country better than an MFA workshop or a serious editor who’s going to devote her time really looking over a manuscript? What are the advantages here? Why would someone do this?

Correspondent: Aha! So because you’re willing to give it away, it’s somehow better? You’re going for the free/cheap/discount culture approach?

Lindsay: What we’re hoping to do here is – this is for people who maybe don’t live as close to a metropolitan community as some other writers. If you live in a major metropolitan area, it’s really easy to find a writers community or writers groups. Critique groups, classees, writers conferences. But sometimes if you live out in the middle of nowhere – in the middle of Ohio, in the middle of Dakota – you don’t have access to all of these things. And it would be nice to find a place online where you could get feedback, build community, get support, and hopefully learn to be a better writer. One of the things that we are offering on here – Danielle and I both have many, many years of publishing experience. And we’re on there. We’re hands on all the time. We’re reading things. We’re answering questions in the discussions board. We’re having some published writers in there who are also giving feedback. So they’ve been very helpful. And we see it as a way for some published writers to pay it forward. So that’s one thing that we’re hoping some writers will use. We’re hoping it will be useful for people out in the middle of nowhere.

Correspondent: What makes Book Country different from what Richard Nash is doing with Red Lemonade? Have you actually been in contact with him? Because he also has a community online where people can put their manscripts up and critique them as well. It seems to me that there’s a strange schism because you’re going more genre and Richard Nash is going more literary. Have you considered some sort of collaboration? Have you talked with each other? Have you considered working with each other?

Lindsay: We’ve actually been in contact with Richard and with other communities like figment.com and Wattpad. I think that there’s room for a lot of these different communities. I think that what Richard is doing is, as you said, very different. We are focused on genre fiction, which is not his forte. Although he does have a good track record with some speculative fiction. I think he’s really gearing towards the literary writer, which is something that we don’t have on our site. Also the feedback is a little bit different. With Richard’s site, you can actually go into a manuscript and annotate it by leaving comments. So it’s a different kind of commenting system. Not better, not worse. Just different. Actually, his annotation system on Red Lemonade is really cool. I love playing with it. On our site, it’s more people upload a chapter, you give critique on a particular chapter. You give critiques based on overall feedback. And then the writer who uploads gets to pick two different criteria that they feel they need the most help with. So we give them different criteria to choose from: POV, plot, dialogue, pacing, character development, continuity, setting. And the writer can say, “Well, my character development isn’t great. I can use some help with that.” So they can ask for specific areas of feedback. One thing I wanted to say. I think there’s room for writers to belong to more than one of these communities. Because I think that it’s always good to build more community. And it can’t hurt to get different feedback than the feedback that you’re getting.