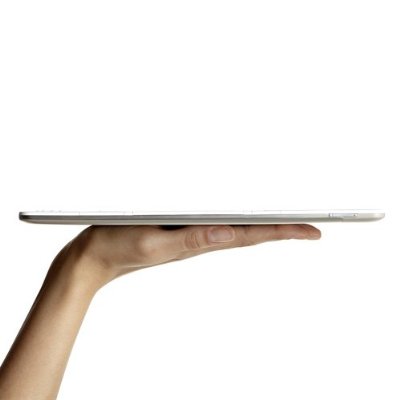 The Times‘s Ben Macintyre has mangled his mind in a senseless shower of his own hysteria. The Internet, he writes, is killing storytelling. I could respond to Mr. Macintyre’s foolish article with a vigorous list of items, pointing to such recent projects as Significant Objects, which has featured notable writers creating stories around eBay items, and Electric Literature, recently the subject of a New York Times article. But I think the more important question to ask is how such a yutz could write such an uninformed article.

Reading, last I heard, hadn’t changed much from its basic approach. While e-books continue their slow crawl into acceptance, a recent report from Bowker Publisher Services indicated that e-books accounted for only 0.6% of consumer book purchases in 2008 and 2.4% of purchases in the first quarter of 2009. Unable to extract or cite such basic data, Macintyre then makes a sweeping generalization that “we are in state of Continual Partial Attention.” And he even suggests that blog alerts hector and heckle readers. I’ve yet to see a blog alert confront a stand-up comedian, but I’m sure some giddy innovator will concoct a sentient one in this age of developing AI and emerging smartphones.

Let’s examine the data that Macintyre relies on. He cites a Microsoft research study — presumably the 2007 efforts of Shamsi T. Iqbal and Eric Horvitz (PDFs here and here) — claiming that it takes 24 minutes for a user to recover from an e-mail message alert. What Macintyre doesn’t tell you about the study is that these users were also engaged in answering email after the alerts interrupted them. Ten minutes were spent on task switches caused by the alerts, and anywhere from 10 to 15 minutes were spent returning to the disrupted task. But then, if you really needed to concentrate on an important task — particularly one as arduous as storytelling — you would be smart enough to close your email client. Iqbal and Horvitz’s findings are very helpful, and they split the task resumption time into intriguing stages. But the two researchers are investigating a multitasking environment, which isn’t always applicable to the manner in which people read and write online. What of the user who stubbornly adheres to one window or who shuts the email alerts off? Alas, that would get in the way of Macintyre’s silly generalizations, which don’t even cite the Microsoft Research findings correctly.

Having fumbled with computer science, Macintyre then relies on Nicholas Carr’s “Is Google Making Us Stupid?” to suggest an end to long-form reading, failing to comprehend that Carr’s article is a glorified opinion piece. Even Carr states in his article, “Anecdotes alone don’t prove much,” and later declares, “Maybe I’m just a worrywart,” which means that his article doesn’t really mean much beyond some of the quotes. But for Macintyre, Carr’s personal confession is the linchpin for “the narrative, the long-form story, the tale” as primary victim. Tell that to William T. Vollmann, who just published a 1,300 page book and has another one coming in a few months. (Indeed, later in his article, Macintyre confesses to “the astonishing range of biographical writing” in the Costa Award he is judging. But I thought the digital age was destroying all this?) Tell that to the seven women who marked up Doris Lessing’s The Golden Notebook, who took a 500-page novel and spent several months providing interesting annotations. The annotators’ attention spans lasted over the course of three months. Here was radical change that was far from inhospitable.

Macintyre also claims that the Center for Future Storytelling was “aimed at protecting the traditional tale from oblivion.” But the CFS’s about page reveals no such eleventh-hour preservation. The CFS’s goal is to enhance the storytelling that already exists. And is it really so ludicrous to consider how emerging technologies can be used in relation to storytelling? David Lynch’s Interview Project has done just this, merging Studs Terkel-style interviews with the Web. The dude still has 68 interviews to post.

And there’s something inherently elitist about Macintyre claiming that “stories demand time and concentration,” while failing to point out that, if a story is good enough, a reader will demand time and concentration from the storyteller. If stories didn’t have that draw, then all the bars and restaurants in the world would go out of business. And with the Internet’s endless possibilities, there’s a storyteller for every reader and a reader for every storyteller. Barack Obama was indeed elected on the basis of his biography, but Macintyre has failed to observe that he was the first elected President to use online conduits to spread his origin story and raise money.

If you wish to soak up hefty tomes and you can’t understand how you can do this with the Internet, there’s this nifty thing on your computer called the ON/OFF button that you may wish to investigate. For the rest of us, there’s the endless material in Project Gutenberg and the recent partnership between the New York Public Library and Kirtas, which will make 500,000 public domain books available to anyone in the world.

But if Macintyre’s getting paid to turn out such gormless articles (he confesses that his own ability to concentrate is dwindling), then maybe he really should worry about not grokking these developments. His vitiated cry in the Times, which reads like an abandoned boy braying for his lost balloon, foreshadows his inevitable obsolescence. Let’s hope he gets with the program. Still, if Ben Macintyre buckles over because of his reading deficiencies, then I know countless people who the Costa people can call to pick up the slack. Nearly all of them are online.