All that apparent vetting and editing at the NYTBR wasn’t enough to stop L’Affaire Schott from sullying Tanenhaus’s pristine gates with redolent taints. The story is this: Ben Schott wrote an essay called “Confessions of a Book Abuser.” Readers, alarmed by the essay’s resemblance to a similar essay called “Never Do That to a Book” (contained within Anne Fadiman’s collection, Ex Libris: Confessions of a Common Reader) wrote in, troubled by Schott rather conveniently having an encounter with an Italian chambermaid in 1989, when Schott was fifteen — not unlike Fadiman’s own encounter with an Italian chambermaid in 1964. 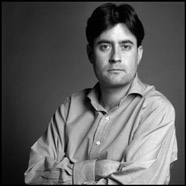 Of course, it’s very possible that Schott did have this experience. It’s very possible that an Italian chambermaid did take a fifteen year old’s hand and returned his copy of Evelyn Waugh’s Vile Bodies. Of course, since Schott failed to mention his parents (did he really rent “a hotel room on the shores of Lake Como” and stay there without parental supervision?), suggesting that he returned to his hotel room of his own accord, as if a self-made man, I’m disinclined to believe Schott — unless he offers unimpeachable evidence that reveals this existential serendipity. After all, Fadiman’s original essay revealed similar childhood details, as well as a specific hotel name. Schott may be a dutiful compiler of facts for his almanacs, but he appears remiss in revealing some of the specifics that would exculpate him from plagiarism charges. (Well, that’s not entirely true. Schott’s all too happy to boast about reading Evelyn Waugh as a teenager.)

Editor & Publisher has more on the glaring similarities between Schott and Fadiman’s respective essays.

You know, we litbloggers may be “sub-literary,” but there’s one advantage to online writing that you won’t find in print. If any of us were to pull this kind of potential theft, we’d get called on it by our commenters. Perhaps the NYTBR might wish to initiate comments upon all of their articles to keep their content honest. It might even help make the editors “aware of Fadiman’s essay.” And who knows? Maybe a communicative conduit along these lines might even alleviate some of the continuing print vs. online fracas. It’s clear from this incident that Tanenhaus’s drawbridge is starting to look a bit rickety.

[UPDATE: Bill Peschel reminds me (and I should have referenced this in the post) that the similarities were observed the day after Schott’s article appeared in a Bookninja thread. Return of the Reluctant regrets the oversight, but we will go one more than the Times in wishing Mr. Murray a speedy recovery from his illness.]