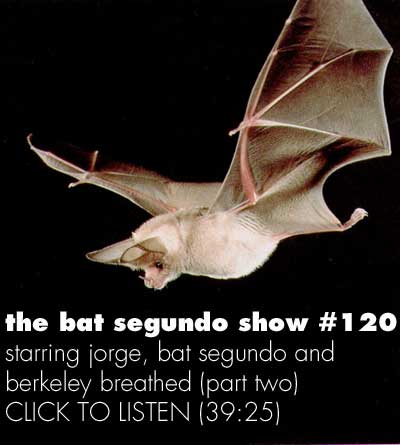 Subjects Discussed: The rising sales of graphic novels, the future of newspaper comics, reservations about Opus being available in digital form, mass market phenomenons, digital audiences vs. print audiences, the “death” of music, the Beatles vs. Gnarls Barkley, shared audience response, on replacing the cartoonist old guard, YouTube, the Doonesbury motif of characters looking into mirrors, cultural appropriation, Breathed’s rocky relationship with Garry Trudeau, why the first year of Bloom County is uncollected, great cartooning as a synthesis of decent writing and decent illustration, Christopher Hitchens, surreal humanism, the cartoon as populist entertainment, the poor reception to Outland, why the kids from Bloom County have not appeared in Opus, the inadequacies of reader reaction via email, the origins of Oliver Wendell Jones and African-American characters in comics, the Banana 6000 and Apple’s advertising, and being ripped off by Microsoft.

Breathed: We had readerships of 50 to 100 million people in the ’80’s and ’70’s for a given piece of entertainment — a single strip. Same person in Kentucky is going to be reading it. It’s the same person in L.A., New York City. You’re not going to have that. Instead of having seventy-five comic strips with readerships of 20 to 100 million, you’re going to have thousands of comic strips with readerships of several hundred to a thousand. That’s a sea change in its effect on society. And the pop culture, I think, has an effect. The unifying aspect of pop culture, I think, is overlooked. And we’re losing that. We’re not all listening to the same music. We’re not all reading the same cartoons. We’re not laughing at the same joke across the country. It’s a unifying aspect of our nation that’s passing.